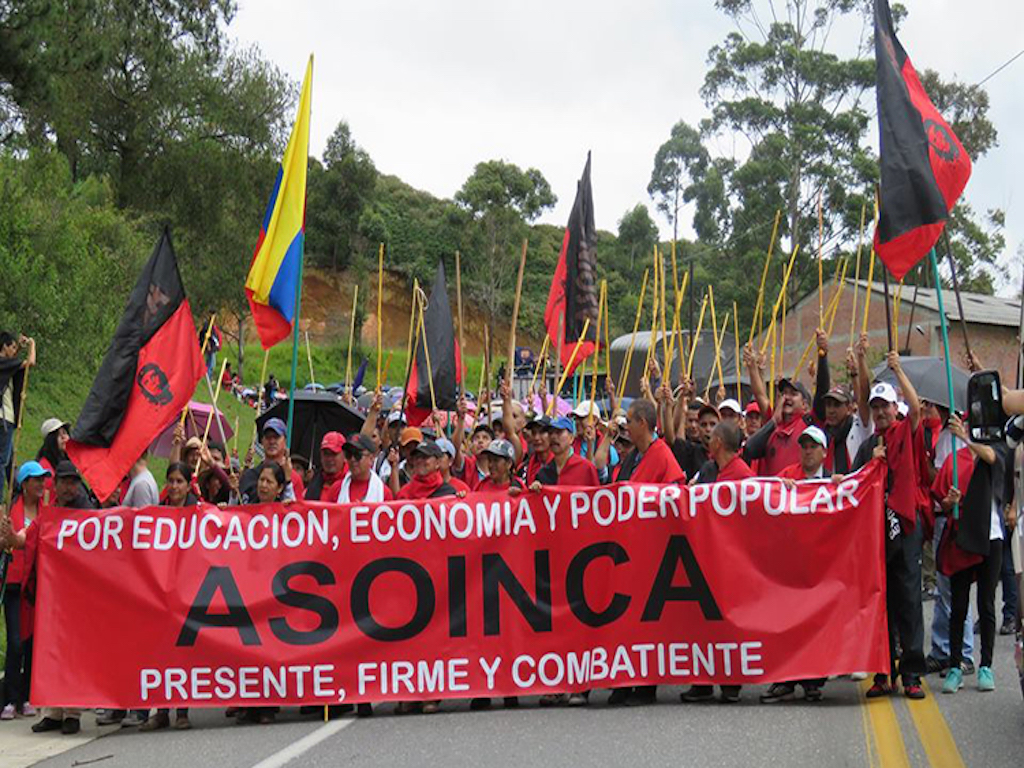 The Association of Teachers and Educational Workers of Cauca (ASOINCA) denounced the torture and assassination of Efren Zúñiga Dorado, a teacher and member of ASOINCA, on April 14 in the municipality of Piendamó in Cauca. They also declared that with the assassination of Efren, the number of social leaders and trade unionists that have been assassinated in Cauca alone in 2018 has risen to 43.

Efren Zúñiga Dorado worked as a teacher in the Educational Center Melcho de Piendamó and was a member of ASOINCA where he actively worked to defend educational workers and public education. Family members said that Efren had left his house to negotiate buying a farm in the Piendamó municipality. Witnesses have claimed that Efren was tortured and forced to dig his own grave, and then was killed with a shot in the head.

A statement released by ASOINCA read: “As a labor organization we emphatically condemn and reject these acts of selective violence, that show once again the permanent and systematic violation of human rights that we suffer as teachers and the population of Cauca in general, where every day trade unionist, social leaders and human rights defenders are cruelly assassinated.”

They also urged the competent authorities of the national and regional governments to take urgent measures to investigate this crime and to guarantee the life and protection of members of the social movements and the general population in Cauca.

The human rights situation in Colombia continues to spiral out of control with social leaders and human rights defenders suffering constant human rights violations by different armed actors and the state with no end in sight. Meanwhile, the Colombian Government continues to expand its repressive apparatus and continues its campaign of criminalization of the members of social and political movements.

In the past couple of months, leaders from Congreso de los Pueblos (The People’s Congress) from different regions have voluntarily presented themselves to the Attorney General’s Office after having faced persecution, stigmatization and harassment by the members of the police and the Army in their territories. The campaign is called ‘To be a social leader is not a crime’. It aims at seeking clarification on whether the state has intentions to pursue the formal criminalization against these leaders. If they do not, then the constant persecution that they suffer from at the hands of the authorities should logically cease.

Read more about the human rights situation in Colombia:

Targeting of activists continues in Colombia