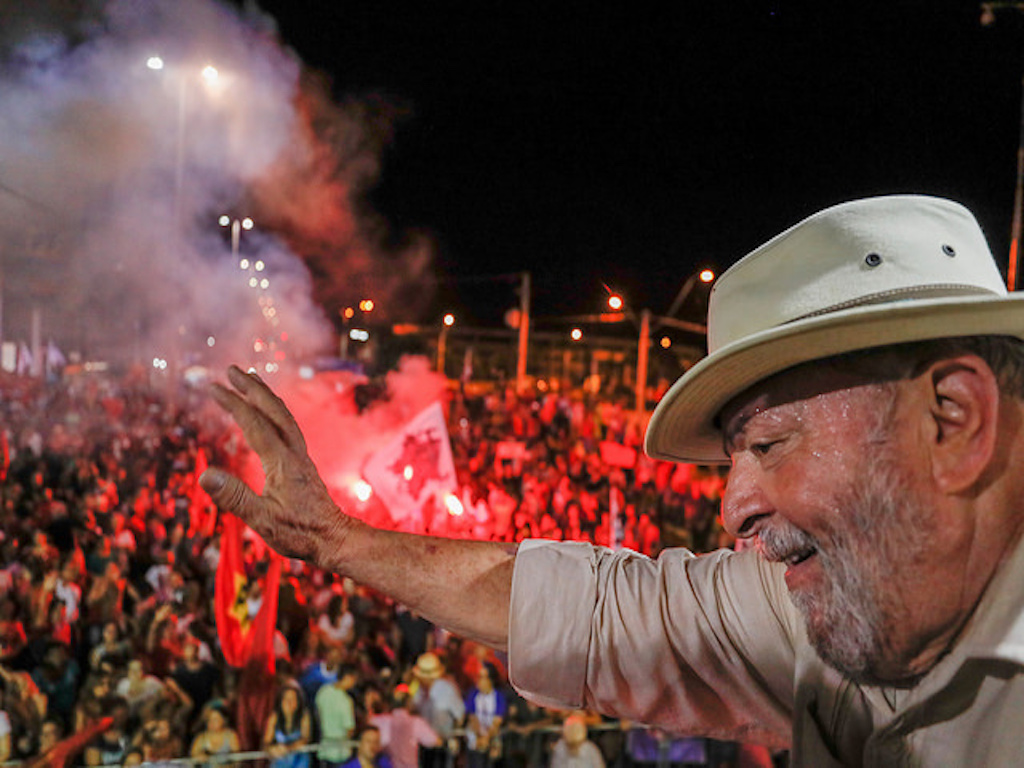 The workers’ leader, the man who during his term as President of Brazil pushed for laws and social plans that allowed some 30 million Brazilians to be lifted out of poverty, whom all the polls indicate is the favorite, by a large majority, to win the presidential elections of 2018, Luiz Inácio Lula da Silva, responded to questions from Granma, with the kind help of a Brazilian friend.

For obvious reasons, a personal and more wide-ranging interview with this journalist could not be conducted. However, the fact that Lula took some of his time while imprisoned to answer our questions makes this interview particularly significant, not only for Cuban readers, but all those around the world.

As a candidate for the Presidency of Brazil, with the greatest popular support and all polls indicating you are the favorite to win, how would you describe the persecution and imprisonment to which you have been subjected?

It’s a political process, political imprisonment. The case against me fails to point to a crime, nor is there any evidence. They had to disrespect the Constitution to arrest me. What is becoming increasingly transparent to Brazilian society and the world is that they want to take me out of the 2018 elections. The coup in 2016, with the removal of an elected president, indicates that they don’t accept the people voting for whoever they want to vote for.

For many leaders imprisoned simply for fighting for the people, prison has served as a place for reflection and the organization of ideas to continue the struggle. In your case, how are you dealing with these first days, since you are preventing from being in contact with the people?

I’m reading and thinking a lot, it’s a moment of much reflection about Brazil and especially everything that has happened in recent times. I am at peace with my conscience and I doubt that all those who lied against me sleep as peacefully as I do.

Of course I would like to be free and doing what I have done all my life: dialoging with the people. But I am aware that the injustice that is being committed against me is also an injustice against the Brazilian people.

How important is it for you to know that across all Brazilian states there are thousands of compatriots in favor of your release?

The relationship that I have built over decades with the Brazilian people, with social movement organizations, is a very trusting relationship and it is something that I greatly appreciate, because in my entire political career I always insisted on never betraying that trust. And I would not betray that trust for any money, for an apartment, for nothing. That was the case before being president, during my presidency and afterwards. So, for me, that solidarity is something that moves me and encourages me to stand fast.

How would you define the concept of democracy imposed by the oligarchy to exclude leaders of the left and ensure they don’t come to power?

Latin America has experienced its strongest moment of democracy and social gains in the last decades. But recently the elites of the region are trying to impose a model where the democratic process is only valid when they win, which, of course, is not democracy. So it is an attempt at democracy without the people. When it doesn’t turn out the way they want, they change the rules of the game to benefit the vision of a small minority. That is very serious. And we are not only seeing it in Latin America, but throughout the world, an increase in intolerance and political persecution. It has happened in Brazil, Argentina, Ecuador and other countries.

What message do you send to all those who, in Brazil and around the world, are showing solidarity with you and demanding your immediate release?

I really appreciate all the solidarity. It is necessary to be solidarity with the Brazilian people. Unemployment is rising, more than a million families have returned to cooking with firewood because of the increase in the price of cooking gas, millions who had left poverty behind are once again facing the situation of having nothing to eat, and even the middle class has lost jobs and income.

Brazil was on a path of decades of democratic progress, of political participation, and together with this, social advances, which accelerated with the governments of the PT (Worker’s Party), which won four elections in a row.

They have not only dealt the PT a blow. They didn’t arrest me just to malign Lula. They did so against a model of national development and social inclusion. The coup was to do away with the rights of workers and retirees, gained over the last 60 years. And the people are realizing that. And we are going to need a lot of organization to return to a popular government in Brazil, with sovereignty, social inclusion and economic development.

Lula, the same friend who kindly sent us the answers to this interview, also passed on two special messages: “I take this opportunity to thank compañeros Raúl Castro and Miguel Díaz-Canel for their solidary greetings, which were transmitted to me by Frei Betto.”