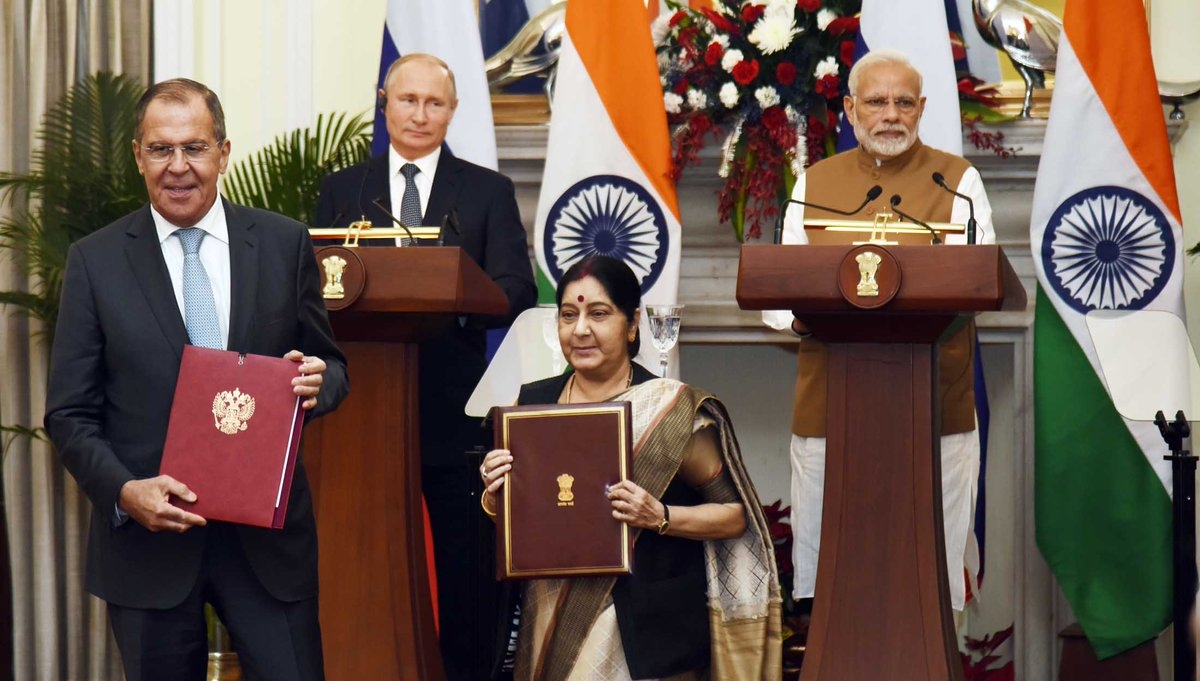 India and Russia inked a $5.4-billion arms deal for the purchase of S-400 Triumf air defence missile systems during president Vladimir Putin’s two-day visit to India for the 19th Indian Russian Annual Summit.  The talks over the purchase of S-400 systems have been going on since 2015. The deal was signed despite threats by the United States administration to impose financial sanctions on India.

Previously, China had faced similar sanctions from the US for purchasing Russian military equipment in September 2018. However, the Indian perspective over the arms deal seems to be that Washington has no reason to wreck its growing military relationship with India by establishing the S-400 as some kind of redline that can’t be crossed.

Russia is currently under the US-imposed Countering America’s Adversaries Through Sanctions Act (CAATSA), which can also be applied to those who buy arms from the country. “We urge all of our allies and partners to forgo transactions with Russia that would trigger sanctions under the CAATSA,” a US state department representative noted.. “We are working to impose CAATSA Section 231 in a way that is appropriate and lawful and to exercise that waiver authority only where it makes sense,” Mike Pompeo, the US secretary of state, had earlier added.

The S-400 surface-to-air missile system will mark a significant acquisition for India, with experts pointing out that its capabilities surpass that of the US-made Patriot missile system.

For Russia, the sale of weapons systems such as the S-400 or the AK-47 rifle also forms a way of building and strengthening ties with allies of the YS. In addition to India,Turkey, once a firm US ally, is signing a provisional agreement with Russia in December.