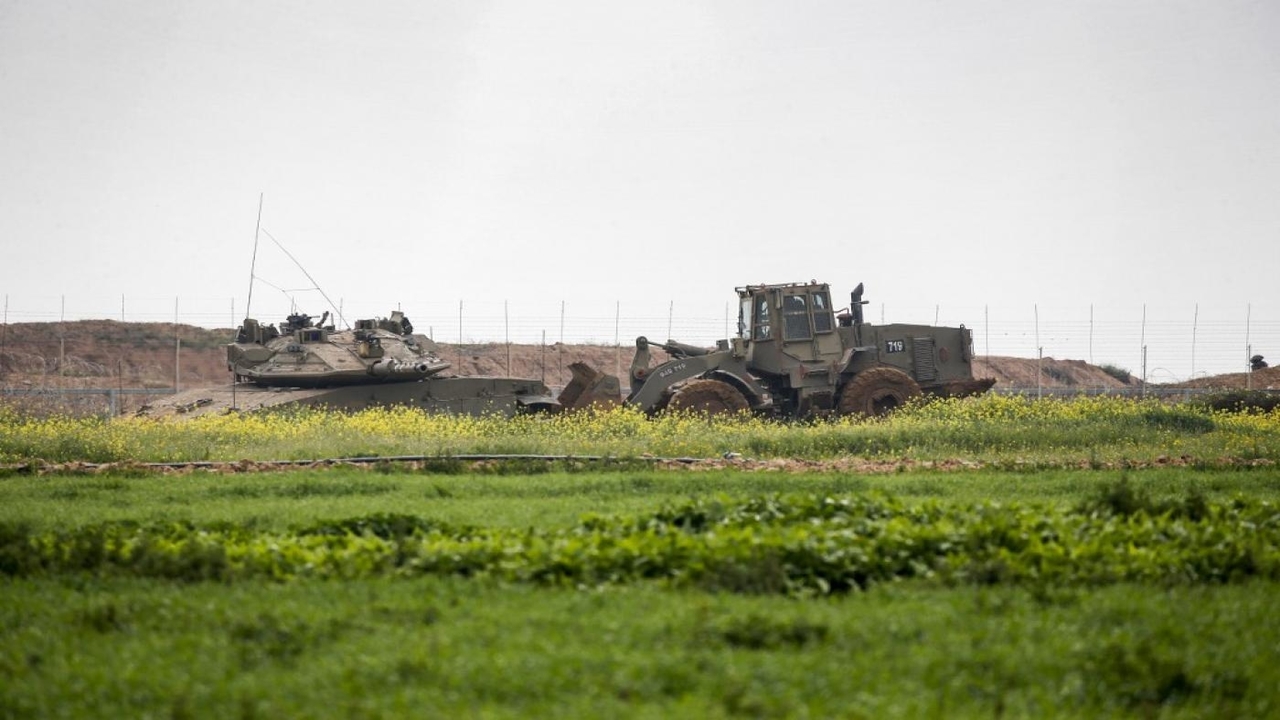 In yet another grotesque display of brutality, Israeli security forces shot dead a Palestinian man near the Gaza-Israel border on February 23, Sunday, and dragged his lifeless body away using a bulldozer. The gruesome incident took place as people were gathering at the site, attempting to rescue the wounded man and take him to a hospital.

Graphic videos of the incident have sparked international outrage. The videos show the deceased Palestinian’s body hanging by his clothes from the bulldozer. The other Palestinians present at the site were reportedly unarmed but were nevertheless subjected to Israeli military gunfire while they trying to come to the aid of the wounded man and retrieve his body.

Two Palestinian men were also injured in the Israeli gunfire. The Israeli army claimed that its soldiers had opened fire on the suspicion that the two were attempting to place an explosive device next to the border fence. A tank can also be seen stationed in the vicinity of the incident. The Palestinian health ministry in Gaza said that the two were taken to the European hospital in Khan Younis. One of them has been shot in his legs.

Following Sunday’s developments, the Legal Center for Arab Minority Rights in Israel (Adala) has demanded a criminal investigation into the shooting and killing of the Palestinian whose body was dragged by a bulldozer. Adala wrote a letter to the Israeli Chief Military Advocate General Sharon Afek, citing international laws that classify the incident as a war crime. It also stated that the actions violate Israel laws, adding: “the Israeli Supreme Court has likewise recognized in past rulings that harm to the dignity of the deceased is a violation of Israel’s basic law: human dignity and liberty.”

Palestinian Islamic Jihad (PIJ) said in a statement on Sunday that the man who was shot dead was one of its members. He was identified as Mohamed Ali al-Naem, 27. Hamas spokesperson Fawzi Barhoum said that the Palestinian who was killed was unarmed. He added that “desecrating the dead body of a young unarmed man on the borders of the Gaza Strip in front of the cameras of the whole world is a heinous crime that adds to the occupation’s list of crimes against our Palestinian people”.