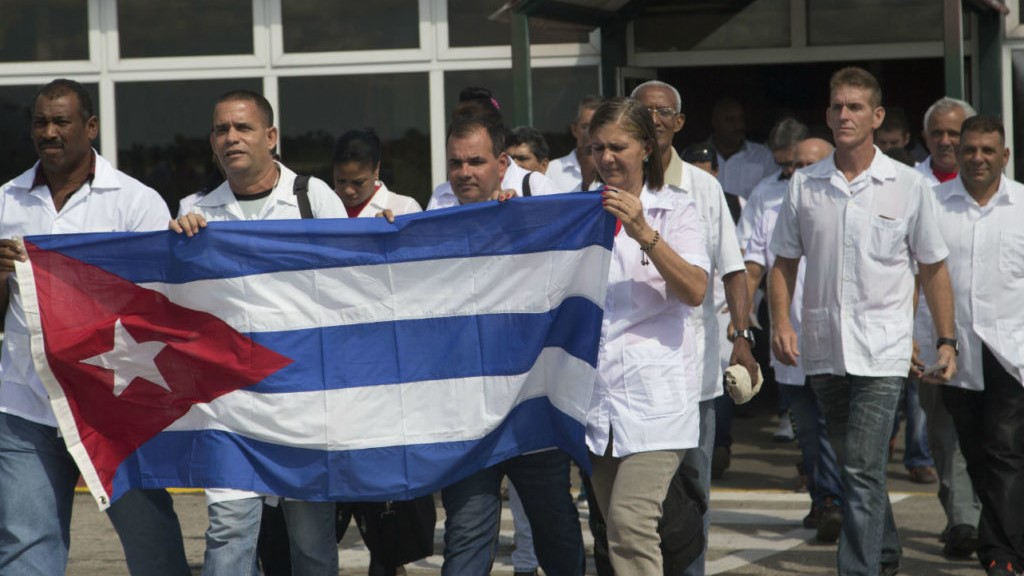 In the face of the COVID-19 pandemic, Cuba has served as a beacon of international solidarity and medical excellence in leading the fight against the virus.

A Cuban drug, known as the Interferon Alpha 2B, could save thousands of lives in the COVID-19 pandemic. The drug has been produced in China since January 25 and, so far, has managed to effectively cure more than 1,500 patients from the coronavirus. It is one of 30 drugs chosen by the Chinese National Health Commission to combat the respiratory disease.

The recombinant human interferon alpha-2b was first developed in 1986 by a team of researchers from the Centre for Genetic Engineering and Biotechnology (CIGB) and has benefited thousands of Cuban patients since its introduction into the national health system. It is marketed as Heberon® Alfa R. It has been used as a treatment for HIV-AIDS, Hepatitis B and C, Herpes zoster or Shingles, Dengue and different types of cancers. The medication increases the natural production of interferon in the human body and strengthens the immune system of patients, thus, is effective in treating the coronavirus disease.

The drug, developed in Cuba, is produced in China at the Changchun Heber Biological Technology, located in Jilin province, in a joint venture as part of an agreement between the two socialist countries in biotechnology.

It has prevented thousands of deaths in South Korea. Out of the 8,000 infected peoples, only 72 died. Germany has also bought these antivirals from the ChangHeber to fight the pandemic. Out of the 3,156 infected people, only 3 died.

After the effectiveness of the Cuban drug was known and popularized, the country has been flooded with purchase orders for Interferon Alpha 2B from across the globe. Several Latin American, Caribbean and European countries have requested medical aid from Cuba in order to fight the coronavirus outbreak.

In a press conference on March 14, the president of the pharmaceutical company BioCubaFarma group, Eduardo Martinez, indicated that the production of the drug is set to increase significantly after receiving requests from a large number of countries. Martinez assured that the CIGB has enough supplies to meet the needs of the international market, without putting at risk the amounts required by its own country.

Cuba has already sent a team of doctors and supplies of Interferon Alpha 2B to Italy, to work alongside Chinese experts to help combat and contain the outbreak of the COVID -19 pandemic. Italy is the second most affected country in the world, after China, with more than 17,000 infected people and 1,266 deaths.

The Cuban drug has also been exported to several Latin American countries such as Panama and Venezuela, and others to help contain the spread of the virus and treat those who are showing symptoms.

The governments of Jamaica, Saint Kitts and Nevis, Saint Vincent and the Grenadines, have also requested that Cuban authorities support them by sending medical personnel, adequate infrastructure and a plan to treat the people infected with coronavirus.

The drug is a proof of the power of Cuban biogenetic engineering and biotechnological advancements, which has forced the world to seek help from Cuba despite the US imposed commercial blockade against it.

Cuba has historically worked to help some of the world’s poorest countries with medical assistance. Under a humanitarian medical mission, founded more than 55 years ago in the aftermath of the Cuban revolution led by Commander Fidel Castro, Cuba has provided almost-free healthcare services in over 160 countries across the globe.

For the last couple of years, the administration of US president Donald Trump has been attacking Cuban doctors as a part of a historic US policy of strangling the Cuban economy in their attempt to bring down the revolutionary government in the country. The US has demanded its allies in the region to cancel their health cooperation agreements with the socialist country and this led to the expulsion of Cuban medical staff, including doctors, nurses and technicians, from several countries, such as Brazil, Colombia, Ecuador and Bolivia, where the right-wing regimes closely aligned with the US are in power.

Social movements, trade unions and progressive governments from Latin America, the Caribbean, Africa and the Middle East have condemned the US for tightening sanctions and increasing Cuba’s isolation, while warning that poor patients will be the biggest victims of these sanctions.

Correction:  The article had earlier mentioned that Cuba’s Centre for Genetic Engineering and Biotechnology (CIGB) was the first developer of interferon alpha-2b drug, which is incorrect. CIGB in 1986 had developed the ‘recombinant human’ interferon alpha-2b. We apologise for error.