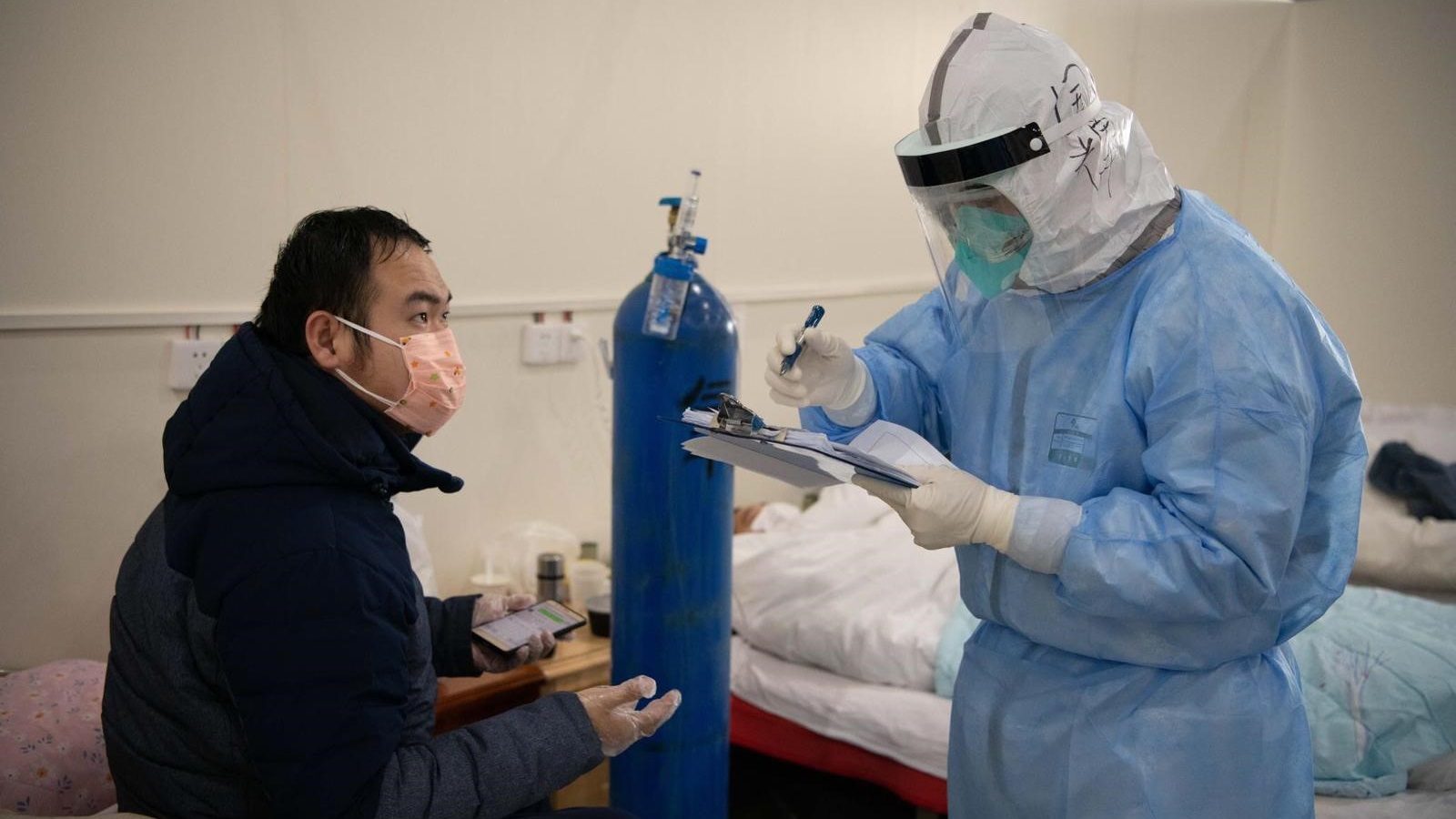 On April 14, US President Donald Trump addressed a news conference at the White House, where he said that his administration would “halt [all] funding” for the World Health Organization (WHO). The WHO, founded in 1948, is the principal United Nations agency tasked with the improvement of the health of the world; it is also widely acknowledged as an agency that is best suited to deal with health emergencies.

On March 11, a month before Trump’s announcement, the WHO had declared a global pandemic as a result of its deep concern of both the alarming levels of spread and severity, and the alarming levels of inaction. Up to this April, this virus had infected at least 2 million people and killed 183,000 people around the globe. The number of people who have died in New York City—Trump’s hometown—from the novel coronavirus outbreak is far higher than that of 9/11. To cut funding to the only agency able to coordinate the global response drew a sharp intake of breath from people around the world.

Why would Trump withdraw $400 million—15% of the WHO budget—in the midst of a crisis that does not seem ready to abate? Trump’s answer is that the WHO “failed in this basic duty” by “severely mismanaging and covering up the spread of the coronavirus.” It is essential to detail why Trump’s accusations against the Chinese government and the WHO are wrong, starting with why Chinese authorities learned about the coronavirus, and how the WHO and the Chinese authorities named and shared information about the virus.

Doctors in Wuhan observed an unusual kind of pneumonia in late December. On December 31, a high-level team arrived from Beijing to investigate the reports coming from the hospitals. That day, on the last day of 2019, the Chinese authorities informed the Beijing office of the WHO of “cases of pneumonia unknown etiology [medical term for cause].”

On January 2, according to the WHO’s situation report, “the incident management system was activated across the three levels of WHO (country office, regional office and headquarters).” Four countries had by January 20 reported incidents of what would later be known as COVID-19—China, Thailand, Japan, and South Korea. Six people had died in Wuhan City.

On January 4, the WHO announced publicly that the Chinese authorities had informed it of “a cluster of pneumonia cases—with no deaths—in Wuhan.” This was also reported by the WHO on its official Twitter account. The next day, on January 5, the WHO published its first risk assessment. “There is limited information to determine the overall risk of this reported cluster of pneumonia of unknown etiology,” the WHO wrote. “The symptoms reported among the patients are common to several respiratory diseases, and pneumonia is common in the winter season; however, the occurrence of 44 cases of pneumonia requiring hospitalization clustered in space and time should be handled prudently.”

It is important to know that the population of Wuhan City is roughly 11 million and of Hubei Province is roughly 58 million. The 44 cases of what was then called pneumonia were of concern, but there was not—at that time—an imperative to sound a global alarm.

A virus provokes alarm if it can be proved that it moves from an infected human to another human being. This was not clear to either Chinese authorities or to the WHO until January 20.

The first official statement that verified human-to-human transmission was made on January 20 by China’s leading respiratory disease expert, Zhong Nanshan. The next day, the National Health Commission reported that the novel coronavirus was a Class B infectious disease and that Class A methods of prevention had to be adopted.

With this notification, everything changed. On January 23, Wuhan was shut down, and the Chinese government operated on an emergency basis.

Coronavirus and the WHO

China first informed the WHO about the virus on December 31. On a regular basis, the Chinese government sent information to the WHO office in Beijing and—by January 3—informed Hong Kong, Macao, and Taiwan and relevant countries and regions. On January 4, on its Twitter account, the WHO summarized for the public that there was a “cluster” in Wuhan and that investigations were underway.

On January 9, the Chinese authorities told the WHO about initial progress toward determining the cause of the viral pneumonia. It needs to be understood that at that time there was no clarity about the virus. It was just two days earlier, on January 7, that the Chinese Center for Disease Control and Prevention (CDC) identified the novel coronavirus (nCoV). The WHO posted a note on its website on January 9. It made two points: first, that the Chinese investigators had done a preliminary identification of the novel virus, which—in such a short period—is “a notable achievement and demonstrates China’s increased capacity to manage new outbreaks”; second, that such viruses are complex, since “some transmit easily from person to person, while others do not. According to Chinese authorities, the virus in question can cause severe illness in some patients and does not transmit readily between people.” On January 11, the WHO informed the public that it has received “the genetic sequences for the novel coronavirus from the Chinese authorities”; that day, the WHO issued an interim guidance on how to prepare if this virus spread widely.

Two days later, on January 13, based on increased understanding of the lethal virus, the Chinese National Health Commission (NHC) told Wuhan City to reduce public gatherings and to check people’s temperature at transport hubs. This was in the public domain. On January 14, the WHO’s technical team held a press briefing, where they said that there was “limited human-to-human transmission of the coronavirus (in the 41 confirmed cases), mainly through family members, and that there was a risk of a possible wider outbreak.”

By January 14, the Chinese authorities and the WHO had made the following clear: there was a new kind of coronavirus that had a limited human-to-human transmission capability and had until now been restricted within China, with one person taking the infection to Thailand from Wuhan. These were all public statements.

Bizarrely, the Associated Press ran a story on April 15 arguing that the Chinese government did not report the news of the outbreak to the public for six crucial days from January 14 to 20; in fact, the Chinese government had informed the U.S. CDC and the WHO on January 3, and had made public statements of what they knew until January 14. After Dr. Zhong Nanshan’s announcement of the lethality of the virus on January 20, everything changed.

On January 22, the WHO director-general convened the WHO’s International Health Regulations (2005) Emergency Committee, which makes the decision to declare a “public health emergency.” The 15-member committee is made up of officials from the United States, France, Australia, Singapore, Canada, and Thailand. The committee was divided; it eventually declined to declare an emergency, but suggested that it should reconvene 10 days later to assess the situation. The committee had advice to countries around the world: “It is expected that further international exportation of cases may appear in any country. Thus, all countries should be prepared for containment, including active surveillance, early detection, isolation and case management, contact tracing and prevention of onward spread of 2019-nCoV infection, and to share full data with WHO.”

When the committee next met on January 30, earlier than the 10 days it gave itself, it decided to declare a “public health emergency of international concern.” Such an emergency is defined as an “extraordinary event” that is a risk due to “international spread of disease” and that requires “a coordinated international response.”

The WHO first made a public announcement of the virus on January 5; three weeks later, after more knowledge was gathered about the virus and after its spread matched the institutional definition of a public health emergency, the WHO made the appropriate announcement.

(This is the first part of a two-part series, which will be fully available here.)