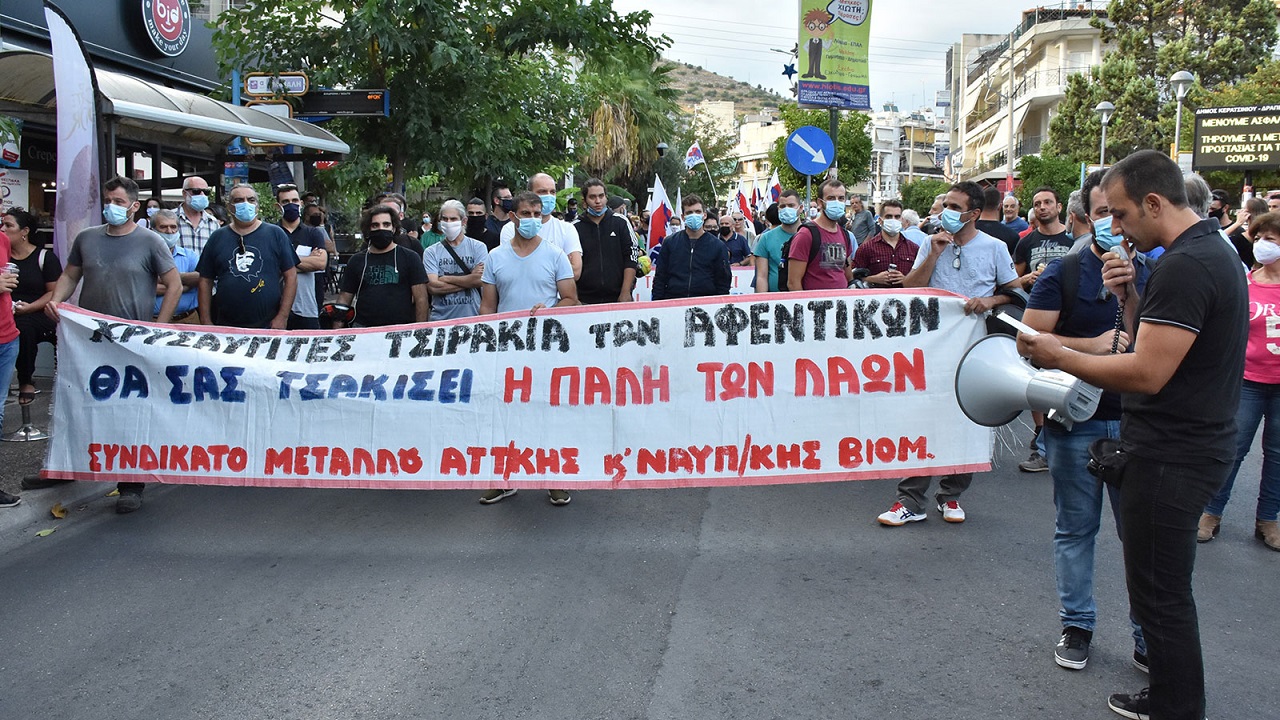 Greeks marched with the slogan "We do not forget! We are fighting fascism and the system that gives birth to it! "

On Friday, September 18, the people of Greece hit the streets in several cities to commemorate the slain anti-fascist musician Pavlos Fyssas on the seventh anniversary of his martyrdom. A massive mobilization was held in Keratsini where 35-year-old Pavlos was killed by a Golden Dawn fascist in 2013. Various events were also organized in Heraklion, Thessaloniki, Chania and other cities by the Communist Youth of Greece (KNE) and Communist Party of Greece (KKE). Large contingents of youth gathered at these events, raising the slogan  “We do not forget! We are fighting fascism and the system that gives birth to it! ”

Pavlos Fyssas was murdered by Giorgos Roupakias, a member of the Neo-Nazi Golden Dawn party. The trial against those accused has been going on for the past five years. The killing of Pavlos triggered widespread protests in Greece and abroad. The protests that took place subsequently were also subject to violent repression by the police in the country.

The Communist Youth of Greece (KNE) recalled that seven years ago, the anti-fascist musician Pavlos Fyssas had fallen victim to a ‘golden’ knife. The KNE also recalled how the incident had been preceded by a murderous attack on communist workers in Perama, attacks on immigrants and Greek workers.

“The best answer to the Golden Dawn, to all the fascists, will be given by the people themselves and the youth, by isolating them everywhere, in every workplace and education institution, in every neighborhood [and] above all by the struggle for overthrow of this rotten exploitative system that gives birth to and nurtures such miscreants,” KNE declared.

Participants of the 46th KNE Festival that began on September 17 in Athens also condemned the fascist Golden Dawn and the killing of Pavlos Fyssas. The trade union, All Workers Militant Front (PAME), has called for a mobilization on  October 7 outside the Court of Appeal where the trial in the murder case is going on.