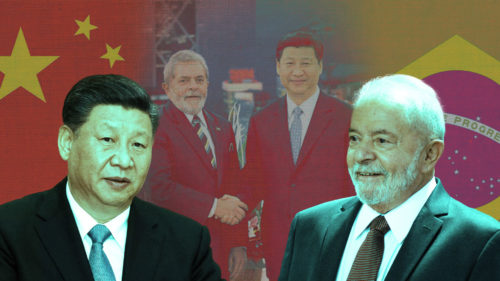 The economic partnership between Brazil and China, which has advanced greatly in the last two decades, may be one of the keys to reversing the crisis that Brazil faces. But some challenges will need to be faced with diplomacy and strategic planning 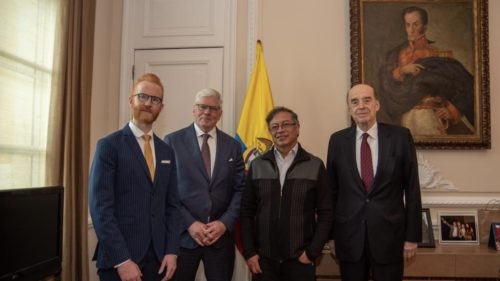 A delegation from Wikileaks is canvassing among progressive movements, press freedom advocates, and political leaders across Latin America to garner support for Julian Assange’s release 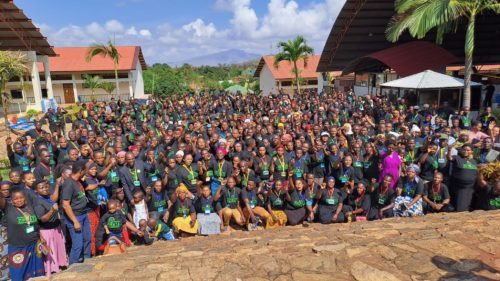 On November 17-18, over 400 smallholder farmers gathered for the 27th annual meeting of MVIWATA or the National Network of Small-Scale Farmers Groups in Tanzania. Peoples Dispatch spoke to them about their struggle for dignity and justice 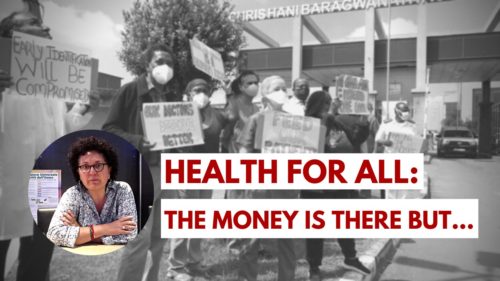 In the aftermath of the COVID-19 pandemic, discussions have begun for a Pandemic Treaty. However, the question of dealing with future pandemics and other issues linked to the health system is deeply linked to funding. There is more than enough money globally to advance health care but there exist a number of structural constraints that prevent its use.

Recently, Geneva Global Health Hub (G2H2), a platform of over 40 civil society organizations, released a report titled ‘Financial Justice for Pandemic Prevention, Preparedness and Response,’ which looks at some of these issues.

Nicoletta Dentico, G2H2 co-chair and report co-author, talks about the context in which the report was conceptualized, the dangers of austerity and commercialization, and how debt and illicit money flows affect spending on health. 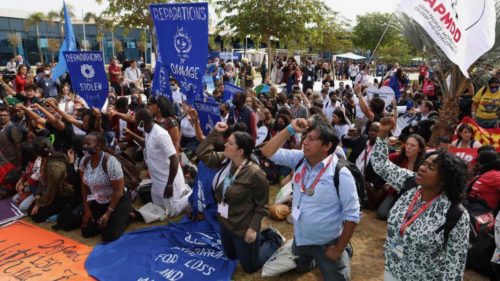 The 27th UN climate change conference ended in Egypt on November 20 with a major outcome – a Loss and Damage fund. However, the cover text does not contain any new commitments on emission cuts or the comprehensive phase down of all fossil fuels 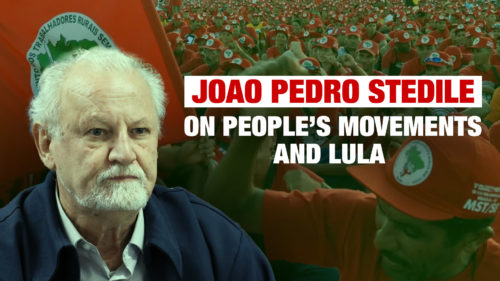 Peoples Dispatch: What level of governability and decision making power will Lula have as president, given the conservative majority in Congress?

João Pedro Stedile: First, it is true that the Congress is conservative, but it always was. We never had a [progressive] Congress.

Even in 1988, when we created the best constitution that is in effect to this day. We had 16 deputies from the left, all the rest were from conservative parties. However, we still managed to write a progressive Constitution.

So we should not be concerned with the nature of Congress. Congress reflects the correlation of social forces in society. This process of alliances that Lula has built with sectors of the bourgeoisie and with traditional parties, these are only part of the institutional structure to give security to the government.

I believe that Lula is committed to real changes to solve the people’s problems. But the degree of radicalism of Lula’s government or the progress in making structural changes does not depend on these alliances nor on his will. It depends, and will depend on the capacity of the popular forces to remain mobilized and put on pressure.

So the changes depend more on us, the masses, the popular forces, than on Lula’s will or of any other president, no matter how leftist they may say they are. This is how it happens in Cuba and Venezuela and in Argentina, in Mexico or in any country.

PD: How do you think Bolsonarism can be combated?

JP: The 58 million who voted for Bolsonaro, are not all Bolsonaristas.

At least 30 million are working poor, perhaps the poorest we have in the society, living in the periphery and who were influenced by a lot of money. Money used on social media, because Brazil is the country that is most connected on WhatsApp, which the poor have access to. So on WhatsApp, Facebook, social media in general, they invested a lot of money to deceive these people with lies. Then there were many public resources that were administered in a secret way, protected by law, the so-called “secret budget” which administered about eight billion dollars in one year, without having the obligation to say where it was used. And that money, everybody knows, went to the mayors’ offices and the conservative mayors transformed that money that was later used to buy votes to deceive the people.

So, I believe that our task is not to worry about the ideology of the 8-10% white middle class, who are ideologically reactionary. They always were, they are heirs of slavery if you will. They are heirs of all the processes of discrimination that exist in Brazil, against Black people, against women, against other sexual identities. We don’t have to worry about them, because that ignorant right wing always existed and will exist, not only in Brazil, but in all capitalist societies.

Our concern is with the workers.

There are many challenges that the left has generally, and with the popular forces, movements, parties and churches, we must put in considerable effort. First, to resume grassroots work, which means helping to raise people’s consciousness in many ways, but above all with dialogue: going from house to house, distributing materials, talking.

And that is done in the formal spaces of schools where you have to dedicate time to study. Militants are not formed with seminars of two or three days in hotels.

Every time the left enters a hotel it is already deforming. Hotels are for tourism, for people on trips. Training people is done in the school, it’s done in the streets, it’s in the mass struggle.

Fourth, we need to recover cultural processes. I mean music, theater, poetry, painting, muralism. And, through these mechanisms, we must engage in political education, debate the problems of society. That was what always happened in the history of the class struggle. Since the barricades of the Paris Commune. And we did not learn. The left is still hostage to a stupidity that is to think that political education happens at meetings, with oratory, with speeches, but that goes in one side and out the other.

So we have to use the cultural means that reach the hearts of the people to promote political education, to make people feel identified with the left in a cultural and inspired way. And not just that you are affiliated to some party, because you received some handouts, or even some political office.

And finally, of course, we cannot abandon mass communication that is done with social media, with radio, with television, that all are important spaces to spread true information to people.

So, you see, there are many challenges that the left has to face in Brazil, in Latin America, in the world, to be able to face this right-wing wave in the next period.

Luckily the contradictions are visible.

As people’s movements, we have to take advantage of those contradictions, and then try to build people’s organizations that advance beyond what social democracy used to be, hegemonized by the bourgeoisie.

PD: What is the message of the MST to president-elect Lula?

JP: We are going to present concrete proposals to promote a people’s agrarian reform, to help expand food production that our people need so much, to put the defense of nature at the center of agrarian policy.

We call for zero deforestation, there is no need to cut down any more trees.

We call for a new mining policy that is dictated by the interests of the people.

And we have to make a big solar energy program, an education program for our people in the countryside. A broad program of incentivizing cooperative agro-industries, which help advance the social relations of production in the countryside.

All that we are going to dialogue with the government so that there will be changes in agriculture. And I believe that Lula has enough conscience and experience, [to know] that these changes, even with him in the government, depend on mass mobilization, on [popular] pressure.

So the MST will play its role, to organize the masses of the countryside to put pressure on the government. With the other popular forces that live in the city, we will try to face another challenge we have here in Brazil, with the dispossessed masses that live in the periphery of the cities.

But the left does not know how to organize them because the methods of organization we know best are from the period of industrial capitalism, when throughout the 20th century we developed trade unions, associations and parties, which today are not enough to organize the women, the youth, Black people. So the left has to be creative and look for new forms of organization of those people who live in the periphery. 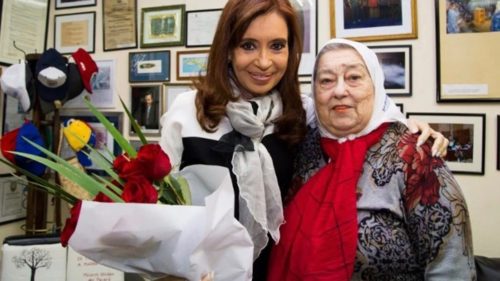 Bonafini was one of Argentina’s most widely honored and admired human rights activists. She played a crucial role in defending human rights in the country during the US-backed military dictatorship as well as ensuring their expansion following the return of democracy 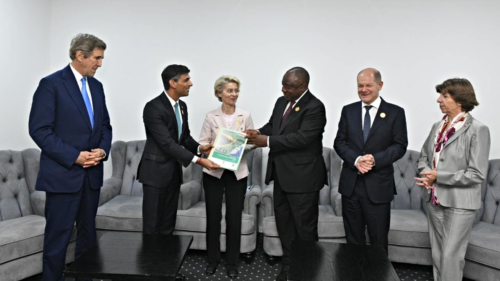 South Africa is set to implement an $8.5bn plan funded by western countries to transition from coal-based energy to renewables. The country’s biggest union NUMSA has warned this plan will only intensify privatization while burdening South Africans with debt and poverty. 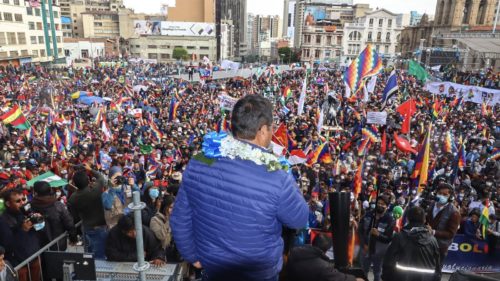 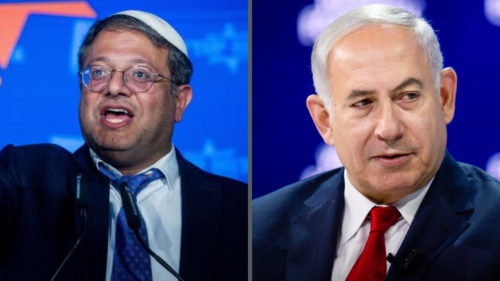 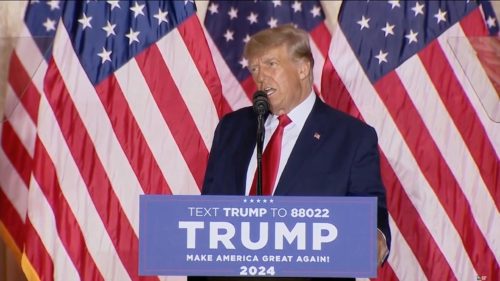 While announcing his candidacy for president, Donald Trump claimed to be pro-working class and a champion of the poor. However, his record as president shows otherwise 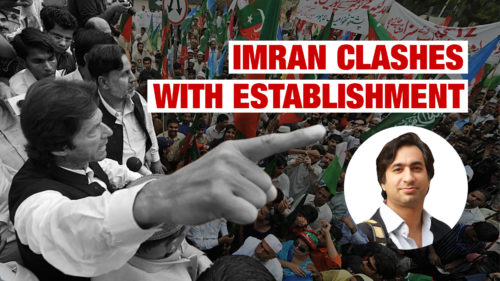 Taimur Rahman, General Secretary of the Mazdoor Kisan Party, analyzes the situation in Pakistan in the aftermath of the assassination attempt on former PM Imran Khan.

He explains the demands Imran Khan raised and how the country’s establishment and government have responded to them and the economic crisis. He also talks about some of the alternative policies that can help bring Pakistan out of the abyss.