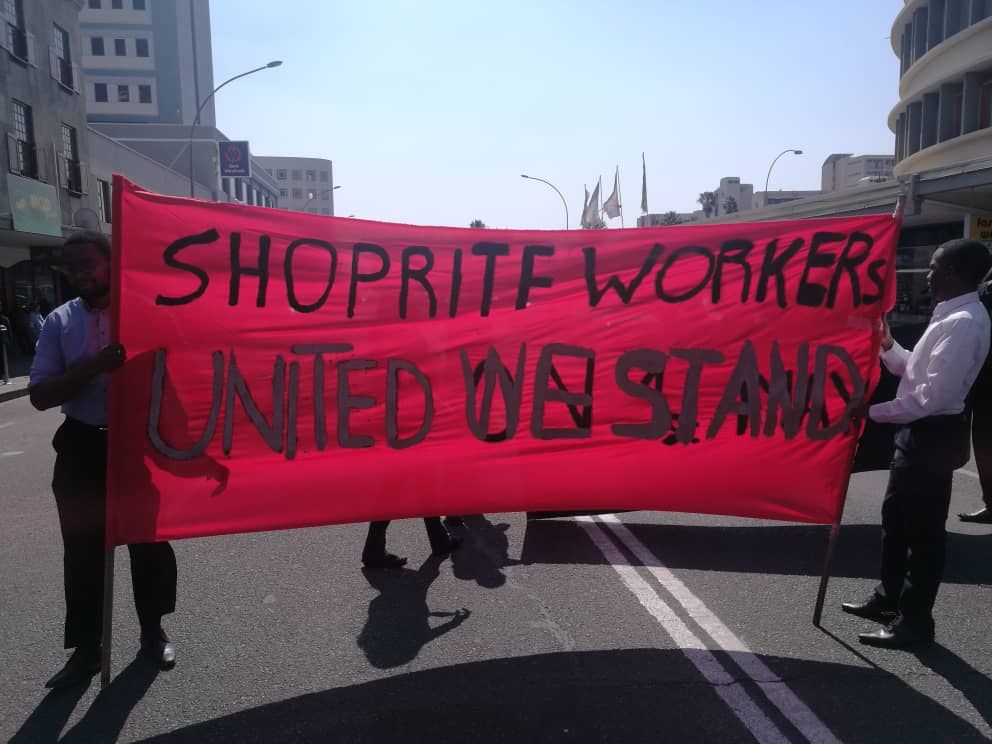 In a victory for international working class solidarity, the retail giant, Shoprite, in Namibia withdrew its summons to sue 98 workers for N$4.5 million (US$750,000) for embarking on a strike in 2015. The workers were demanding a 20% salary increase and better working conditions.

The company’s decision came after National Union of Metalworkers of South Africa (NUMSA) and South African Federation of Trade Unions (SAFTU) extended their support to the boycott call given by two prominent trade unions in Namibia against Shoprite’s anti-working class action. Calling for the withdrawal of the summons issued by the company, the Metal and Allied Namibian Workers Union (MANWU) and the National Union of Namibian Workers (NUNW), along with other unions, had issued the boycott call on August 1.

NUMSA spokesperson Phakamile Hlubi-Majola, while reaffirming NUMSA’s solidarity with the Namibian workers, said, “Shoprite is an abusive company whose success depends on the rampant exploitation of labour. They treat workers as slaves and even in South Africa, they have a terrible reputation as an employer.”

The unions have said that the boycott call will continue until Shoprite withdraws all internal disciplinary actions against workers for being part of the strike.

NUMSA general secretary Irvin Jim issued a statement in which he said, “We urge all our members‚ progressive and middle class individuals‚ and all progressive communities in the country and all unions in the retail sector [and] the working class in general, to stand with our comrades in Namibia and to support this campaign against Shoprite.”

In November 2015, the Namibian High Court had passed an order in favour of Shoprite, instructing the workers to pay for the company’s loss of sales, its legal costs and damages incurred because of the strikes that took place in December 2014 and July 2015.

SAFTU general secretary Zwelinzima Vavi strongly criticised Shoprite for its systematic exploitation of workers. He said the company owed its success to its extremely harsh business practices, such as maintaining a permanent employee strength of only 20%, with the rest being temporary, underpaid workers.

“Some of these workers earn as little as R4500 a month – a complete disgrace when one compares that with what the executives at Shoprite earn,” Vavi added.

Shoprite has been accused of engaging in exploitative treatment and abuse of its workers in several African countries. In 2013,  the Zambian government threatened to revoke the company’s license and shut down its stores in the country after Shoprite fired workers after they went on strike over wage issue. The movie forced the companies to increase workers’ wage by 34%.