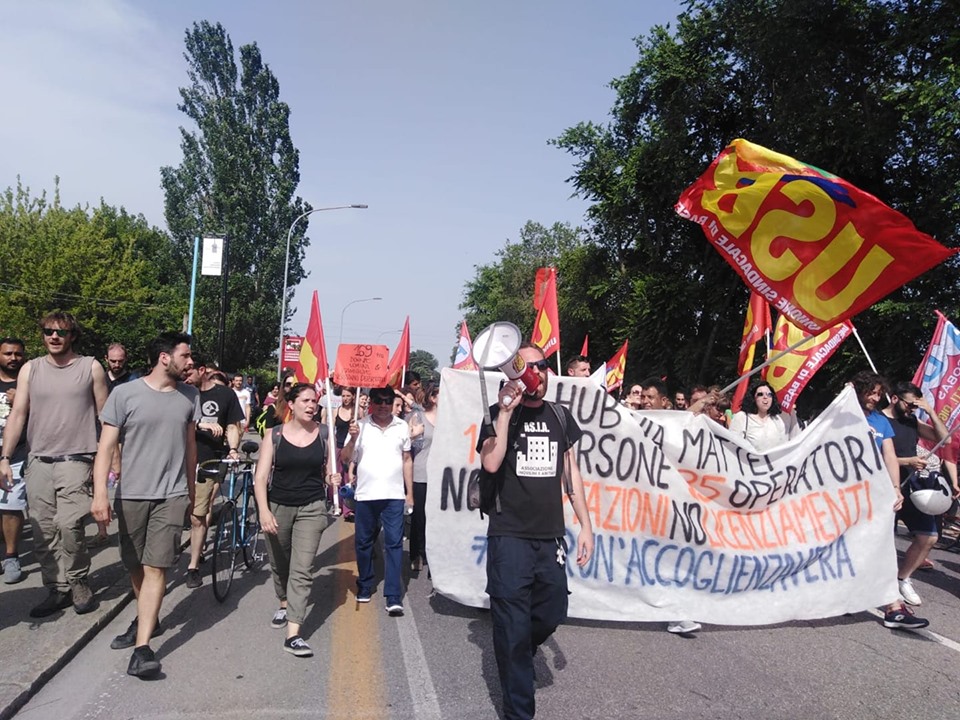 Activists protested in the Italian city of Bologna on June 11 against the closure of Via Enrico Mattei’s migrant hub in the city. Activists also helped the majority of the inhabitants relocate to other centers in order to prevent their transfer to Caltanissetta in Sicily.

The closure of the migrant hub was ordered by the right-wing minister of internal affairs, Matteo Salvini, and is a continuation of his anti-migrant policies. Earlier, he had closed Italian ports to migrant boats and rescue ships carrying migrants from the war torn countries of north Africa. He was also instrumental in revoking the license of rescue ships operated by voluntary organizations who cater to stranded refugees in the Mediterranean.

According to reports, activists helped more than 140 migrants relocate from the migrant hub. But around 20 people are still in the center, and will be shifted to Caltanissetta in buses under police supervision. The protests and the relocation operation was done by members of the Unione Sindacale di Base (USB) in Bologna.

The USB said in a statement, “Like the bosses who fire employees via WhatsApp, we learned this morning through the press, together with the workers and cooperatives that manage the Via Mattei hub in a consortium, that from June 15, without the slightest warning, the structure will be “closed for renovation”. Part of the guests will be sent to Sicily and others will be rearranged in the region. The strategy sounds like a funeral announcement for the reception of our territory and for the work of about 40 operators employed in the hub.”

“We will not let this slap to the dignity of those who work remain without a complaint. We cannot tolerate… the violent attempt to reset the reception and to send the workers back to poverty and unemployment,” the USB added.

“They decided to transfer people who have been working for more than one year in Bologna, who had attended Italian lessons, who tried to get in touch with the town to integrate with the people. The migrants would have to restart the integration process again if they moved,” activist John Nussoni told Ruptly.

On October 1, 2017, Pope Francis had visited the migrant hub at Via Enrico Mattei. In his interaction with the migrants and the staff at the center, he encouraged people in Bologna to continue their experiences of solidarity and hospitality, and urged migrants to open up to the culture of the city. 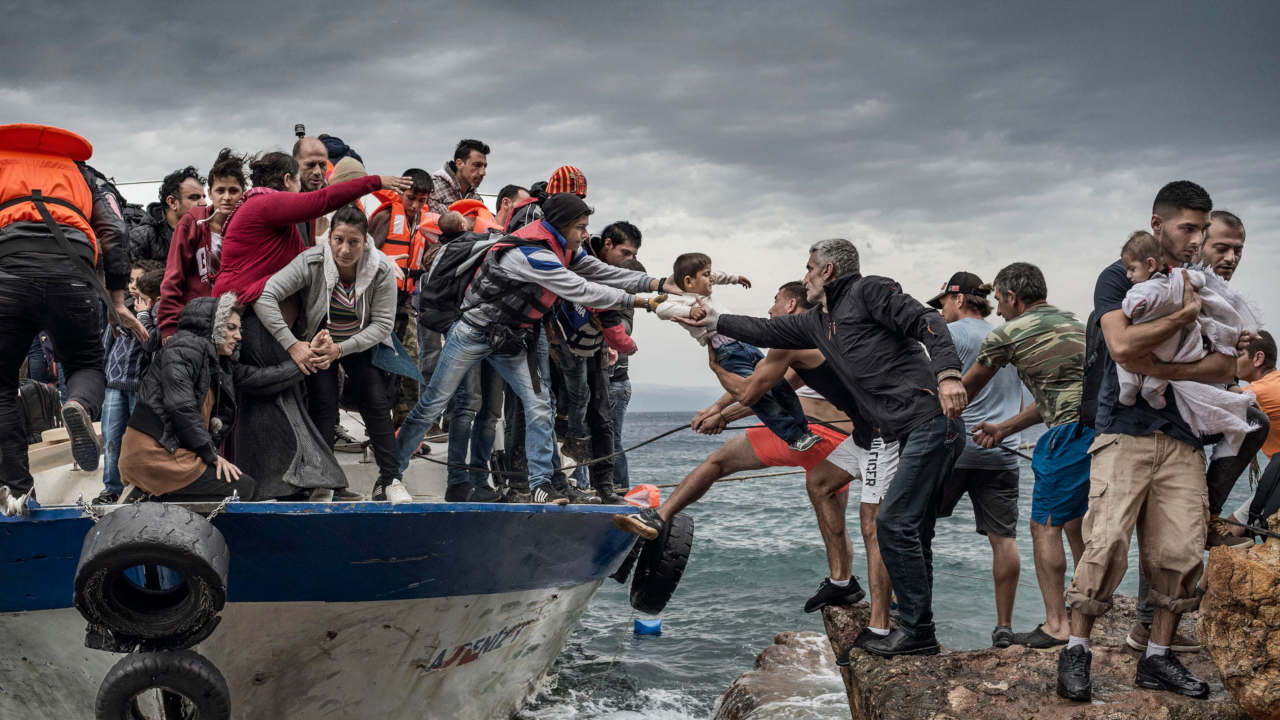 In Italy, migrants and refugees take to the streets for peace and social justice 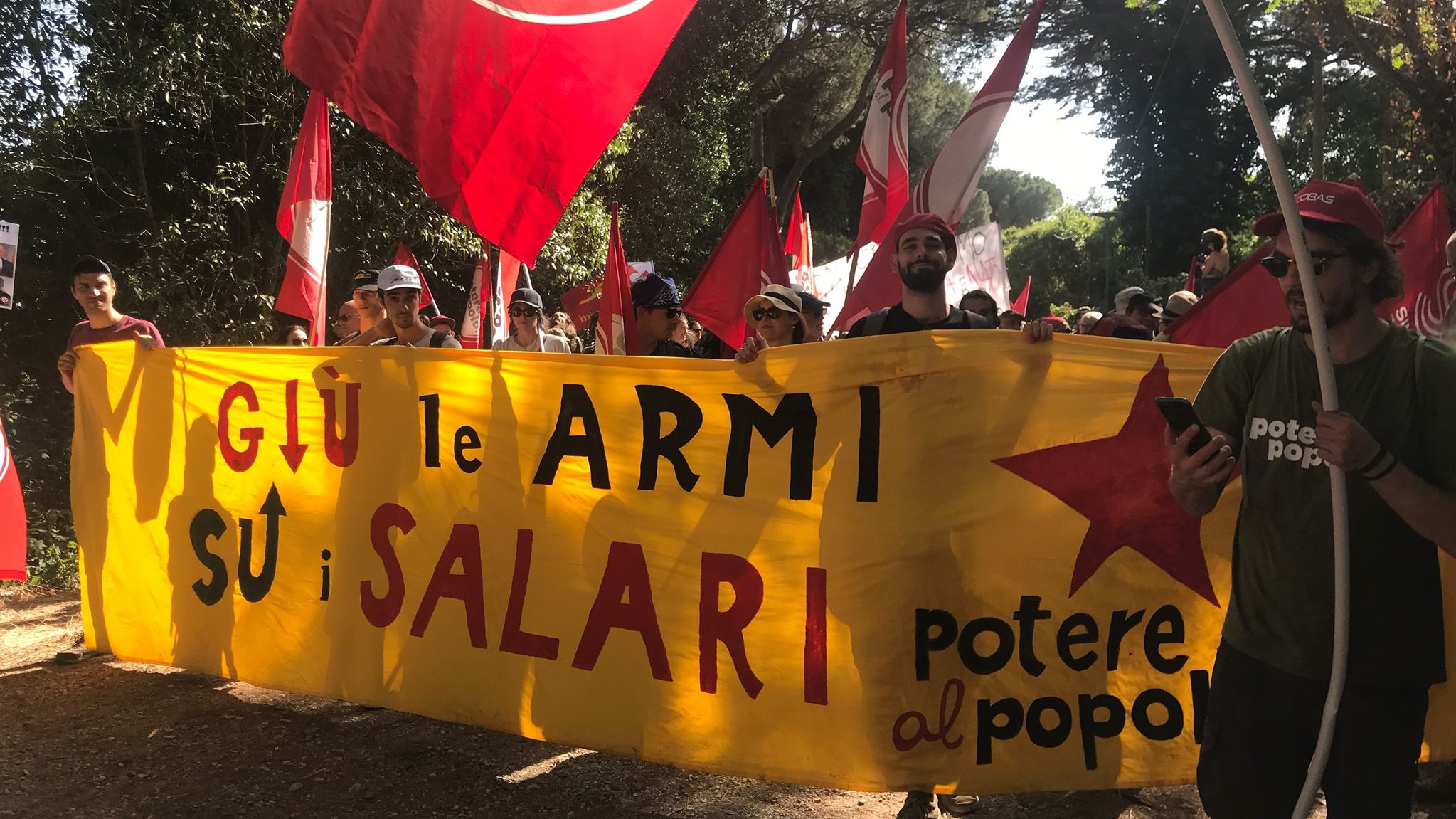