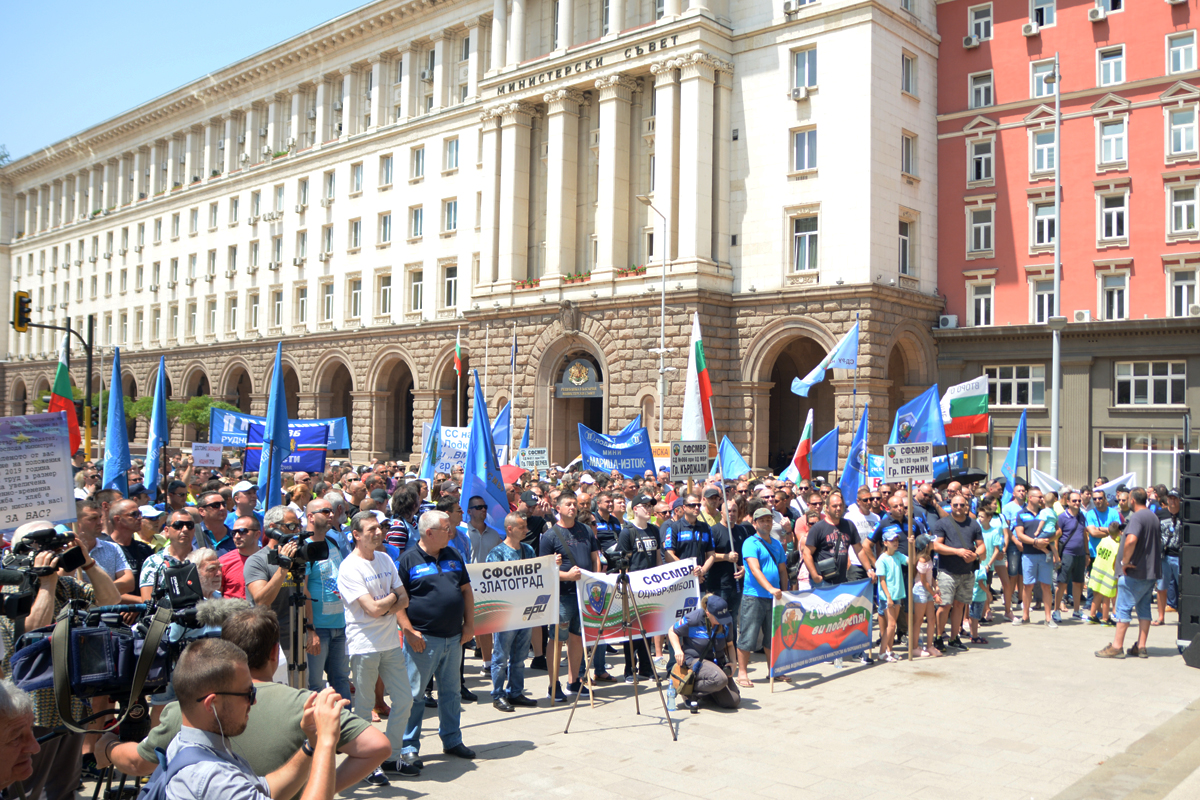 On July 2, a protest was held outside the office of the Council of Ministers. Photo: Baricada.org

Workers in Bulgaria have intensified their agitation for decent pay for the hours they put in at night. Workers from various sectors, including security, coal mining, the arms industry and medical care have joined the fight for decent wages under the leadership of trade unions, including the Podkrepa Labor Confederation. They have been demanding a tenfold increase in night time wages from the current rate of 25 stotinki per hour to 250 stotinki per hour (100 Stotinki = 1 Bulgarian Lev). As of now, the national minimum wage in Bulgaria is 560 Bulgarian Lev (BGN), which is equivalent to 286.3 € per month.

Baricada.org reported that on July 5, hundreds of workers protested before the office of the Council of Ministers in the capital city, Sofia. In the protest, the workers alleged that the government had backtracked on its assurances of a wage hike which it had made to trade unions at the end of 2018. The protest was organized jointly by the Trade Union Federation of the Employees of the Ministry of Interior, the Trade Union of Prison Staff and the Podkrepa Confederation of Labour.

According to a Focus New Agency report, Lliya Kuzmanov, deputy chair of the police officers’ trade union, said Bulgaria is the only country in the Balkans that does not have a collective labor contract. “We, as an organization, have no right to join large trade union federations,” she said.

A national campaign  for “Decent Work and the Payment of Night Work” was launched in 2018 by trade unions under the leadership of the Podkrepa Confederation of Labour. The campaign had stated that more than 400,000 people work at night in the country and face health and social problems, while getting paid paltry amounts.