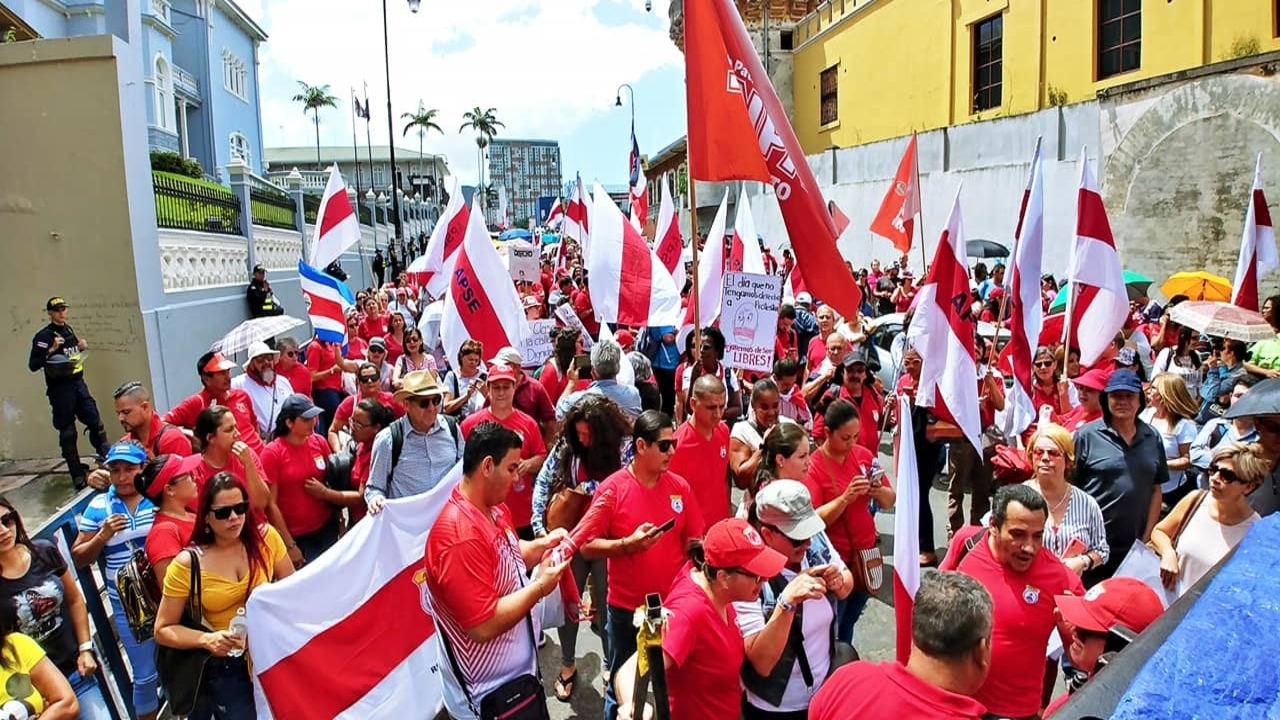 On July 29, hundreds of Costa Rican teachers once again took to the streets of San José and demonstrated outside the Legislative Assembly and later at the Democracy Plaza to reject a series of regressive reforms promoted by the government of President Carlos Alvarado. The mobilization was carried out as a part of a-week-long strike called for by the national educational workers union, the Association of Secondary Education Teachers (APSE), from July 23 to July 29.

The teachers as well as members of several social organizations and different sector trade unions mobilized against the anti-strike bill no. 21049 and the essential services bill no. 21097 that threaten the right to strike, freedom of association and dissolve trade unions.

Since June 6, the teachers have also been protesting against the dual education bill no. 20786, the pension reform bill and the bill of public employment law. The dual education bill calls on students that are older than 15 to do internships in private companies during the last years of their higher education in exchange for training, which the government claims would give them an early exposure to employment sector.

However, the APSE and various students unions criticize this reform and consider it as a threat to the future of higher education and dignified employment opportunities in Costa Rica. “We oppose this initiative because its purpose is to put Costa Rican education at the service of business chambers, creating cheap labor, and training obedient staff with a minimum of general or academic education, without guaranteeing their constitutional or labor rights,” said the APSE in a statement.

The decision to call for the strike yesterday was taken in the second national council of the APSE after the negotiation meeting with new education minister didn’t yield the desired result.