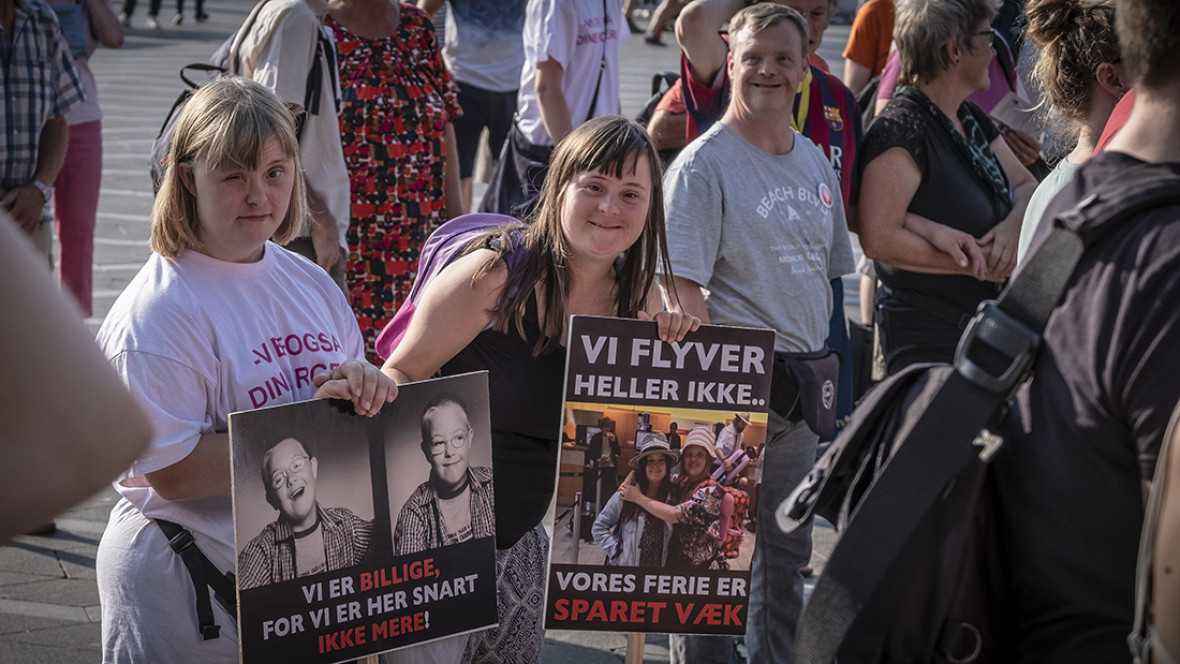 Since the introduction of the new eligibility criteria, the community of citizens with disabilities in Copenhagen have protested thrice in August alone.

On August 28, as many as 500 young people with disabilities, along with their relatives and others, demonstrated at the Copenhagen City Hall Square against cuts in municipal provisions and the deterioration of conditions for people with disabilities. The call for the protest was given by various organizations, including Kære Frank, Handicapaktivisterne and Landsforeningen LEV.

Arbejderen (The Worker) reported that the protests come in the wake of the introduction of a new eligibility criteria for residential provisions for disabled people in the municipal area of Copenhagen. There have been claims that the new criteria has already excluded many disabled people from provisions for housing, day care and education. Several reports have also said that the Copenhagen municipal authorities have planned to save DKK 84 million (USD 12.5 million) in social spending next year.

The Copenhagen municipality has categorized people with disabilities, depending on the extent of the disability. In the past, people in the C (with moderate support needs) and D (with extensive support needs) categories have had the right to live in a community. But in the future, this provision will only apply to those in group D.

Since the introduction of the new eligibility criteria, the community of citizens with disabilities in Copenhagen have protested thrice in August alone.

“As a consequence of the recent cuts (those they roll out in the introduction of the new quality standards), all ‘C’ category disabled citizens are now deprived of important support in their daily lives. We find that many of the citizens are told that they must move out of their homes,” said Kære Frank.