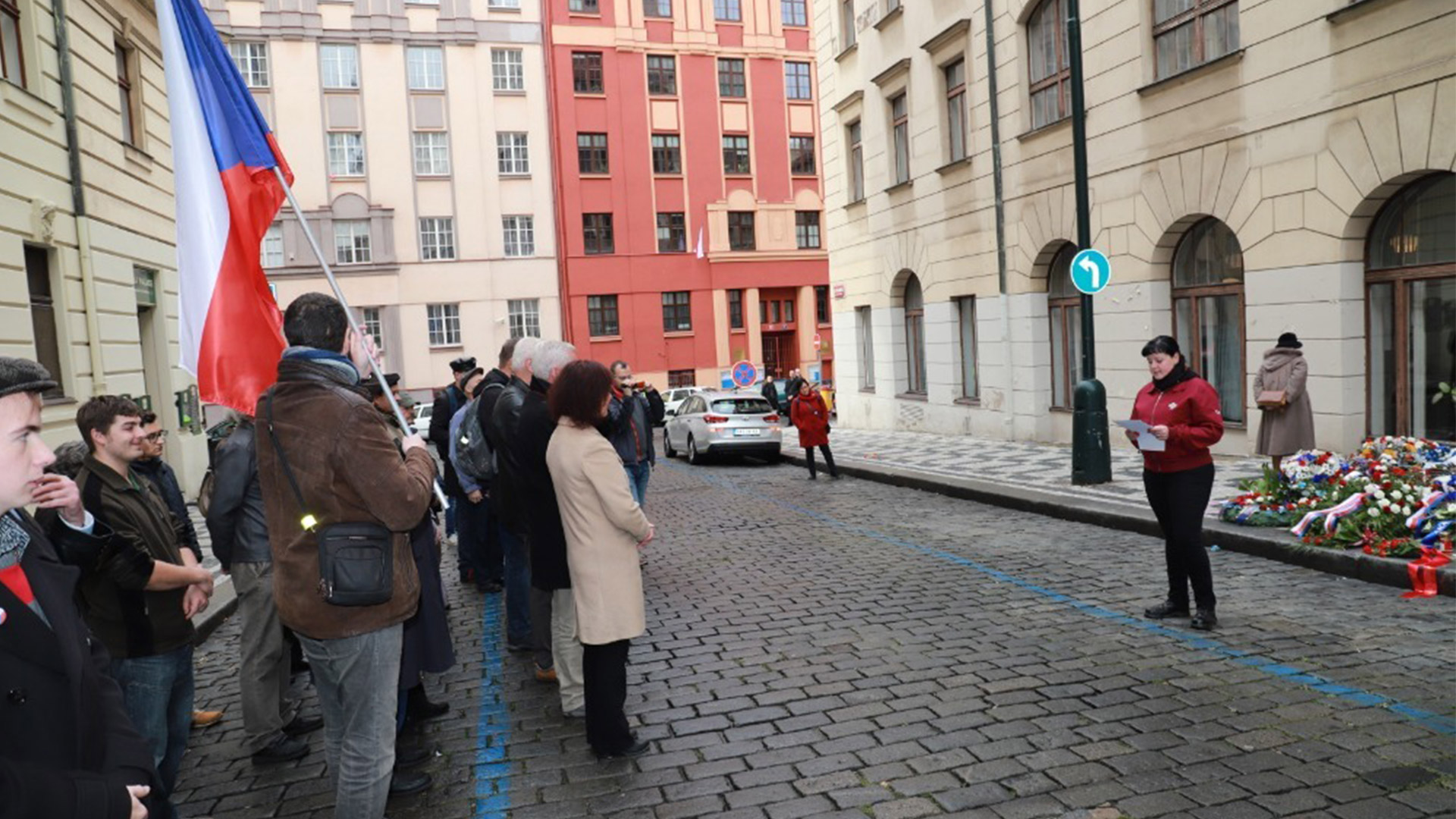 Marta Semelová, Petra Prokšanová and Stanislav Grospič from the Communist Party (KSCM) participated in the event to commemorate the student victims of Nazi terror in 1939.

On November 17, Sunday, representatives of various progressive organizations in the Czech Republic gathered at Jenštejnská Street, in front of the Hlávka College in Prague, to observe the International Students Day. The day commemorates the nine Czech students who were executed by the Nazis on November 17, 1939.

While addressing the gathering, Marta Semelova from the KSCM said that “the freedom for which Jan Opletal fought and fell, and the worker Václav Sedláček and others, is not what was created hereafter November 1989. For the past 30 years, it has been a freedom for those who have robbed the republic, annually sent hundreds of billions abroad, smashed Czechoslovakia, dragged the country into NATO…This is a cartoon of freedom.”

In late 1939, the Nazi authorities in the Protectorate of Bohemia and Moravia had suppressed an Independence Day rally in Prague, held by students of the Medical Faculty of Charles University. During this demonstration, a worker Václav Sedláček was killed, and a medical student Jan Opletal was shot, who also later died from his injuries on November 11.

Jan Opletal’s funeral procession on November 15, 1939, turned into an anti-Nazi demonstration and in response, the Nazis closed down all Czech higher education institutions, arresting more than 1,200 students who were then sent to concentration camps. Nine students and professors were executed without trial on November 17 that year. Since then, the International Students Day is observed on November 17 to commemorate these victims of Nazi terror.

Many of the speakers at Sunday’s gathering claimed that the right-wing and the liberals in the country were complicit in the attempts to erase the memories of the events that took place on November 17, 1939, by purposefully keeping silent, or otherwise propagating distorted versions of history. 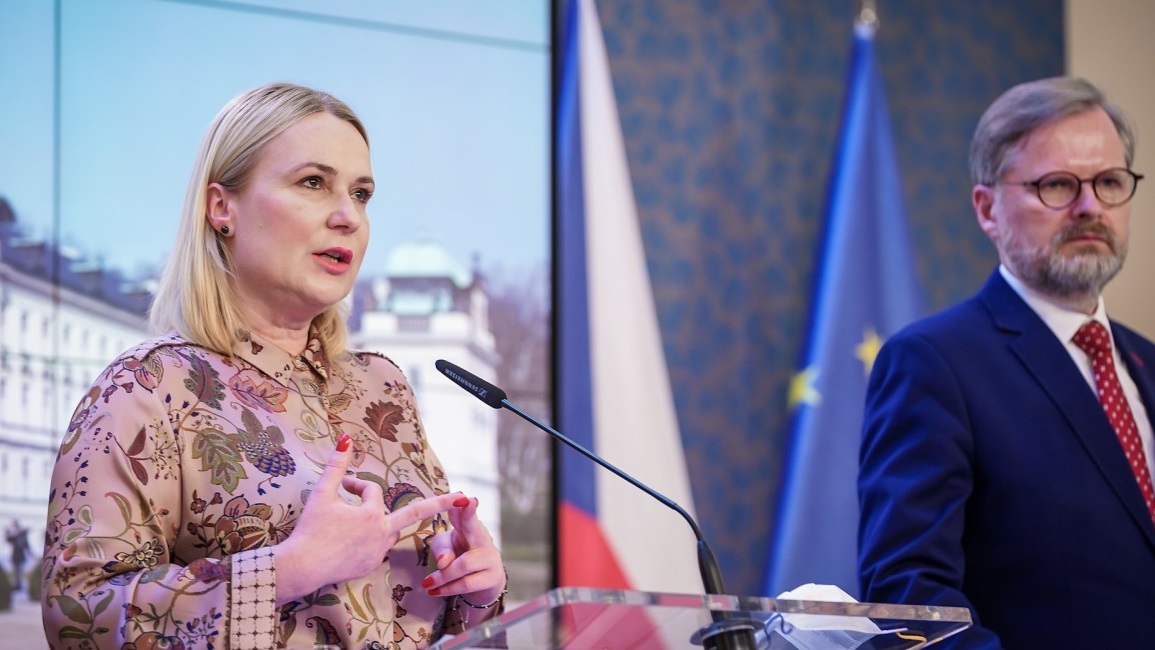 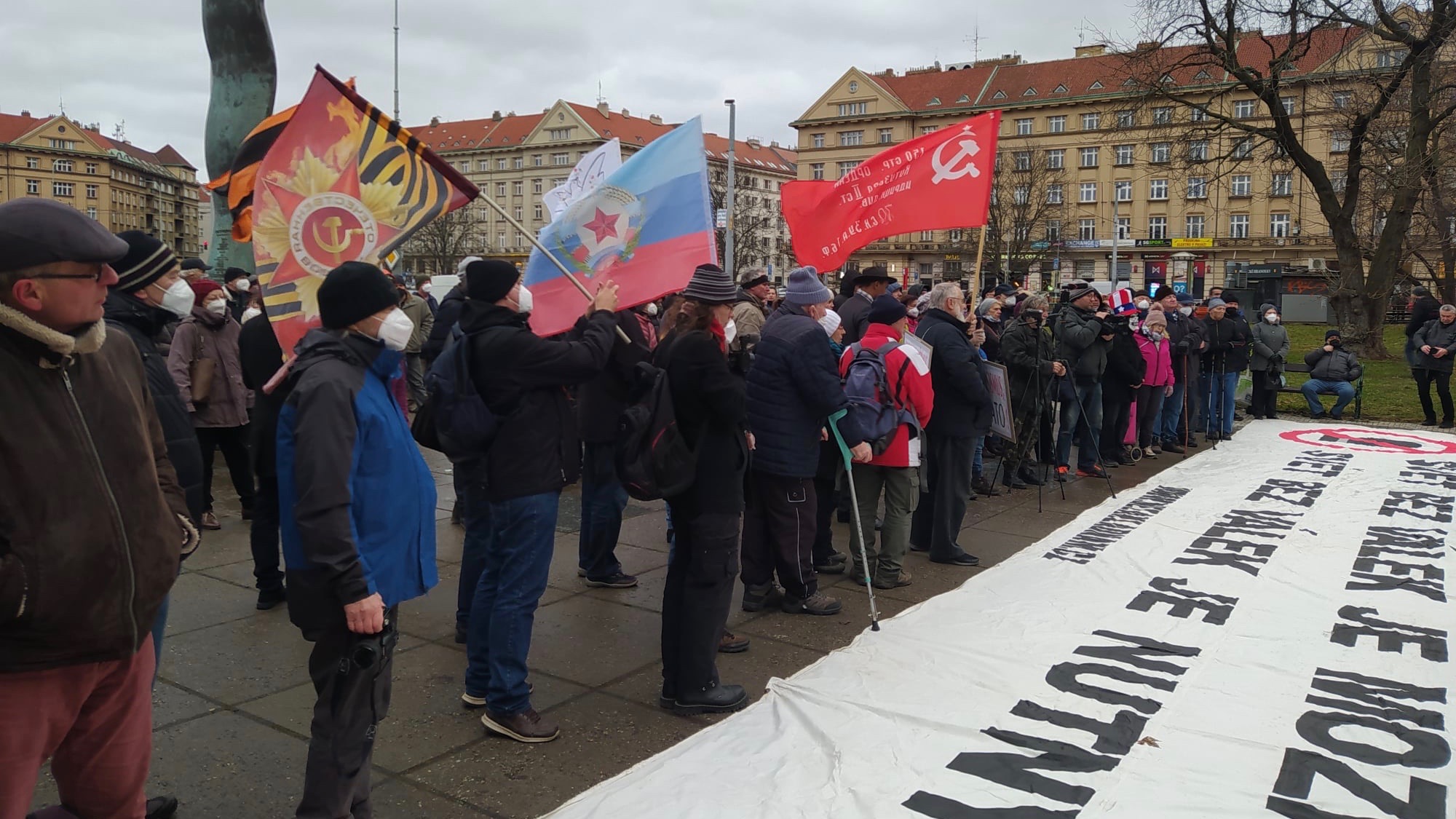