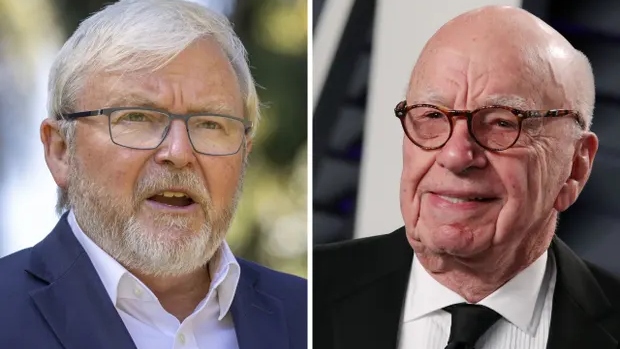 A petition to Austrlia’s parliament which seeks an investigation into “threats to media diversity” and specifically names Rupert Murdoch’s News Corp has gained more than half a million signatures. The deadline for signatures for the petition by former prime minister Kevin Rudd ended on Wednesday, November 4. With 501,876 signatures, it has become the most widely endorsed petition in Australian history.

The petition EN1938, titled “Royal Commission to ensure a strong, diverse Australian news media”, once tabled in the Australian parliament will seek an independent investigation into “threats to media diversity.” The petition points out that News Corp owns nearly 70% of the daily newspaper readership in Australia, and holds complete monopoly on news in certain states.

The petition alleges that such control “is routinely used to attack opponents in business and politics by blending editorial opinion with news reporting. Australians who hold contrary views have felt intimidated into silence. These facts chill free speech and undermine public debate.” It also raises concerns over the “powerful monopolies” emerging in digital media, pointing towards Facebook and Google.

Among other concerns listed in the petition are mass layoffs and persecution of journalists and whistleblowers, predator acquisition and undermining of local and regional newspapers by large companies like News Corp and Nine Network, the “relentless attacks” on the national broadcaster Australian Broadcasting Corporation (ABC) and the recent attempts by News Corp to replace the wire agency Australian Associated Press (AAP).

Former leader of the Australian Labor Party Rudd was supported by another former prime minister, Malcolm Turnbull, former leader of the Liberal Party John Hewson, and the Green Party. Green leader Adam Brandt, a parliamentarian from Melbourne, has also offered to table the petition in the parliament. The Greens have, in the past, often called for an official inquiry into the control exerted by Murdoch’s media empire in the country.

Interestingly, the leader of Rudd’s own Labor Party, Anthony Albanese, has refused to endorse the petition. It is also highly unlikely that the ruling conservative Liberal-National Coalition, who Rudd stated are “beneficiaries of the Murdoch protection racket”, will take up the petition either in the parliament. Despite the very slim chances of the petition actually being accepted by the Parliament, the support for the campaign has prompted Rudd to mobilize for a campaign for media diversity.

Our petition for a #MurdochRoyalCommission to advance Australian media diversity smashed the record with more than half-a-million signatures, but this fight for the future of our democracy has only begun.