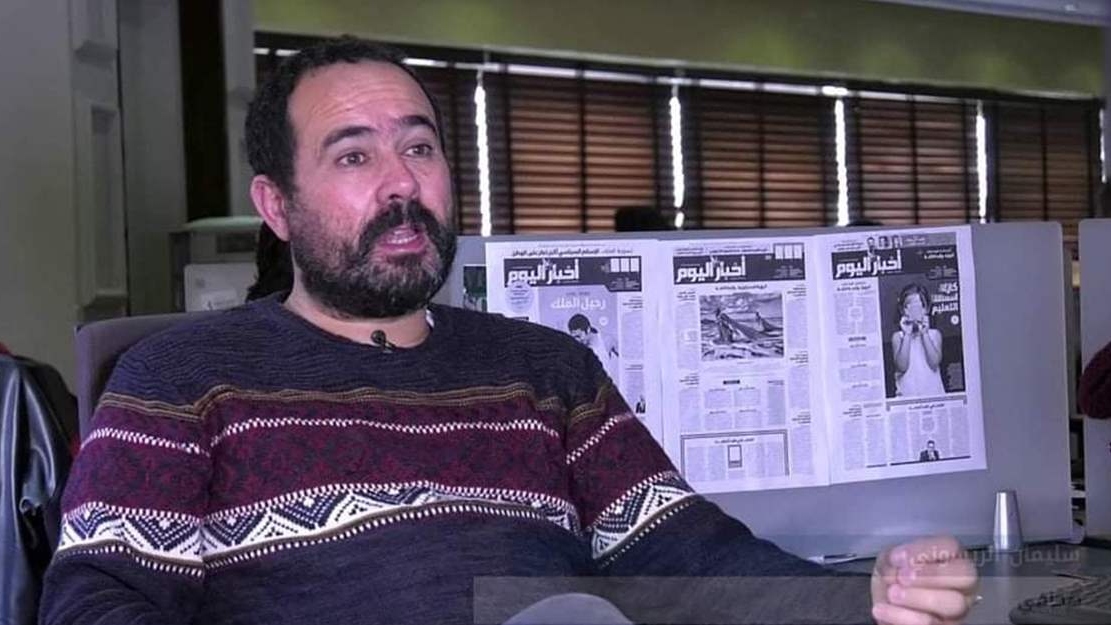 Imprisoned Moroccan journalist Suleiman Raissouni’s health has severely deteriorated after 112 days on a hunger strike. He has been protesting his illegal pre-trial detention and subsequent conviction on charges of sexual assault. Raissouni’s wife, Kholoud Mokhtari, in a Facebook post, noted the rapidly declining condition of her husband, adding that “I hope that you stop your hunger strike. You are a hero in my eyes and the eyes of those who defend the dignity of this country.”

Raissouni launched his hunger strike on April 8 while he was still being held in pre-trial detention in solitary confinement. Raissouni was the editor-in-chief of the Akhbar Al Youm newspaper, one of the last independent newspapers in Morocco, which was forced to close down in the month of March due to government harassment, financial difficulties and after its founder-director, journalist Taoufik Bouachrine, was sent to prison for 15 years.

In an earlier post on Facebook, Raissouni’s wife said that he had told her that some of the prisoners were assigned by the authorities to spy on him. She said that her husband had to crawl down the stairs as he was denied the use of a wheelchair.

A report in the month of May by the human rights group Amnesty International stated that Raissouni had lost more than 31 kilograms of weight and is also suffering from medical conditions such as chronic hypertension. Raissouni reportedly lost consciousness several times and had to be rushed to the hospital. Over the course of his imprisonment, Raissouni’s lawyers, his wife and others have expressed grave concern for his health, asking the authorities to release him and to allow him to access adequate medical care.

A court in the Moroccan city of Casablanca sentenced Suleiman Raissouni to five years in prison on July 10 after finding him guilty of “violent indecent assault and detention” following a trial which human rights and press freedom groups termed as “flawed” and “marred with irregularities.” The case was filed in 2018 by a Moroccan man accusing Raissouini of sexually assaulting him. Raissouni has consistently denied the allegations against him and human rights groups have also accused the Moroccan government of using manufactured charges to target journalists and others who are critical of the government.

The Moroccan government has used similar accusations and cases to persecute and imprison people critical of the government’s corrupt and unlawful policies, human rights violations and other abuses of power. Another independent journalist, Omar Radi, was recently sentenced to six years in prison on similar charges of sexual assault and espionage among others.

Groups such as Amnesty and Reporters Without Borders (RSF), Moroccan activists, journalists, lawyers have urged the Moroccan authorities to release Raissouni on humanitarian grounds owing to his declining health and the danger to his life. They have also repeatedly asked the authorities to end the “arbitrary and abusive prosecutions” against journalists, adding that their rights as a prisoner, such as bail hearings, humane prison treatment and proper prison conditions, must also be respected and they must be given a fair trial.

The groups also denounced the wider, continuing, systematic persecution of journalists by the Moroccan government, which has resulted in the country sliding down to 136 out of 180 countries in the annual world press freedom index by RSF.