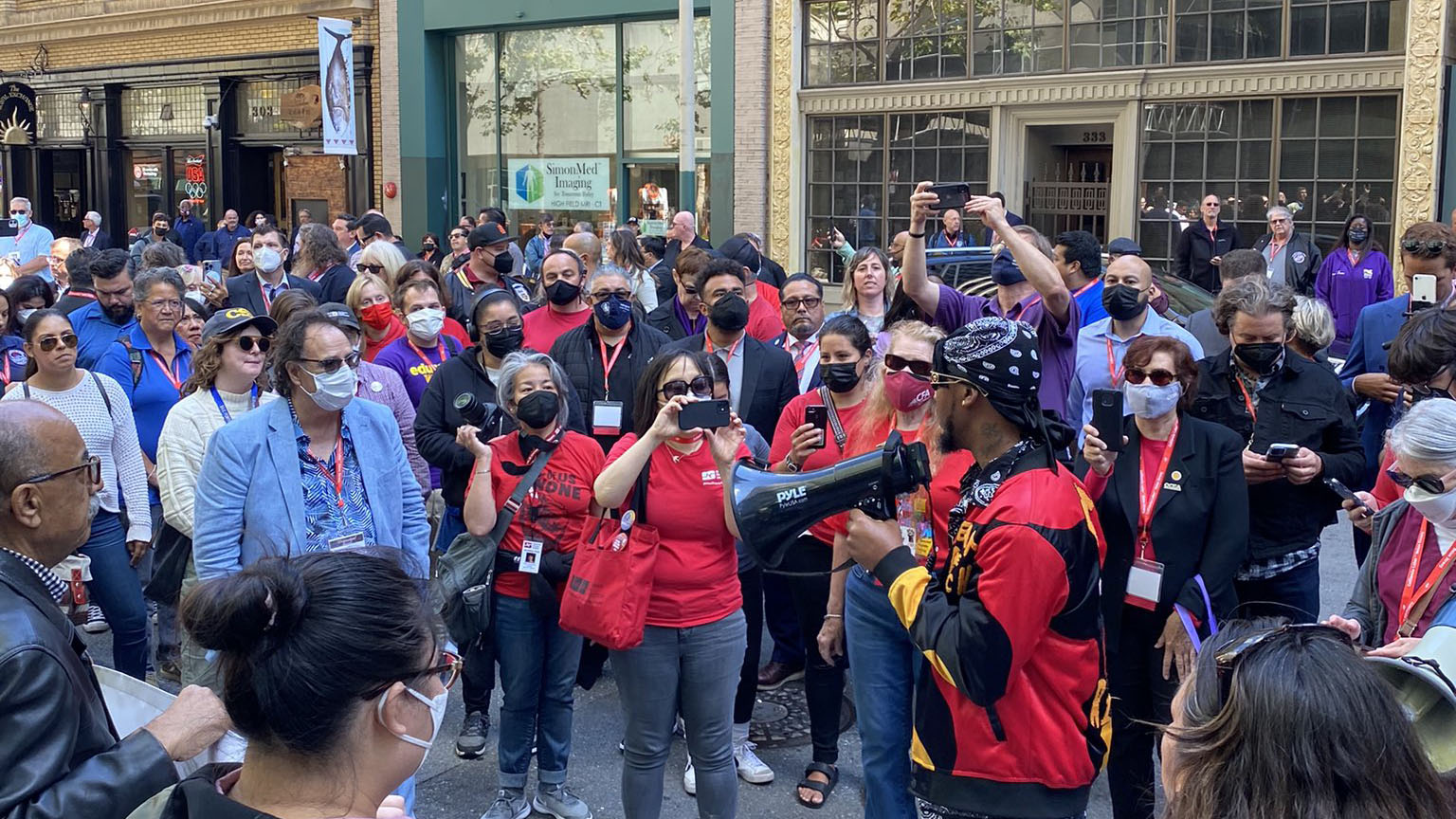 On July 21, Amazon announced that the corporation would buy One Medical, a national chain of healthcare clinics and services based in San Francisco, for $3.9 million. In response, unions and labor organizations marched in San Francisco’s Financial District against the deal on July 26. The march was attended by the newly-formed Amazon Labor Union (ALU), with ALU president Chris Smalls leading chants at the helm of the protest, as well as the California Labor Federation, San Francisco Labor Council, ALU, California Nurses Association, Teamsters Local 665, and Service Employees International Union-United Healthcare Workers West (SEIU-UHW).

“We think health care is high on the list of experiences that need reinvention,” said Neil Lindsay, SVP of Amazon Health Services, in a July 21 statement.

Amazon already has a presence in healthcare, having acquired the online pharmacy company PillPack in 2018 for $753 million, launching Amazon Pharmacy in 2020 as a prescription and delivery service, and Amazon Care in 2019 as an app to connect patients with healthcare providers. Amazon also stores patient health data in its massive Amazon Web Services cloud storage service.

Amazon’s planned acquisition of One Medical raises questions about the corporate giant’s monopolization across many industries, such as food through grocery chain Whole Foods, or private security through personal surveillance company Ring.

“The function of a rational health care system is to provide quality care to all in a cost-effective way, not make billionaires like Jeff Bezos even richer. At a time of growing concentration of ownership, the Justice Department must deny Amazon’s acquisition of One Medical,” tweeted Senator Bernie Sanders.

On July 26, US labor organizations including ALU and the California Labor Federation marched in the San Francisco Financial District, where One Medical is headquartered. Among characteristic labor chants such as “What do we want? (A contract!)”, ALU organizers lead the march in a candid chant of, “F-ck Jeff Bezos!”

ICYMI @amazonlabor prez @Shut_downAmazon led the @CaliforniaLabor @sflabor march to protest Amazon’s plans to expand to healthcare by trying to buy One Medical. This would be disastrous for patients and workers!

Labor leaders worry that Amazon’s encroachment into healthcare would enable a corporation with a bad user data privacy reputation to access patient medical information. Amber Baur of the United Food and Commercial Workers Western State Council told KTVU, “HIPAA [The Health Insurance Portability and Accountability Act] protects patient information…But of course, if they opt in for that, there’s ways to use that in marketing, and we know that Amazon cares most about that consumer data. It’s why they’re in all these sectors.”

On July 1, Amazon revealed that it gave footage taken through Ring personal surveillance cameras to law enforcement, without obtaining a warrant. During a House Judiciary Committee hearing in 2020, Amazon founder Jeff Bezos admitted that “[Amazon has] a policy against using seller-specific data to aid our private label business, but I can’t guarantee you that that policy has never been violated.”

While Amazon moves forward with their acquisition of One Medical, more labor action can be expected in the future. 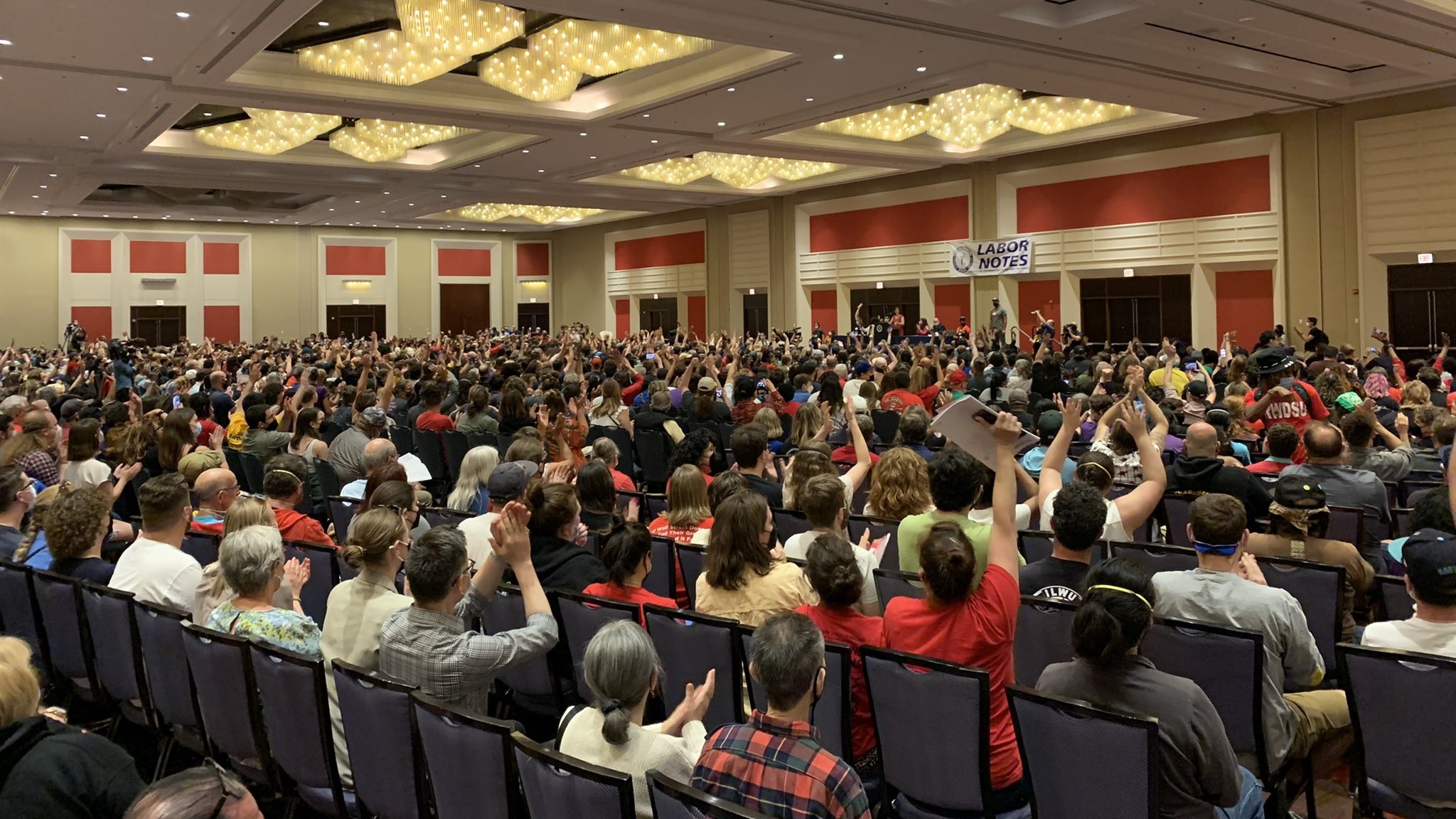 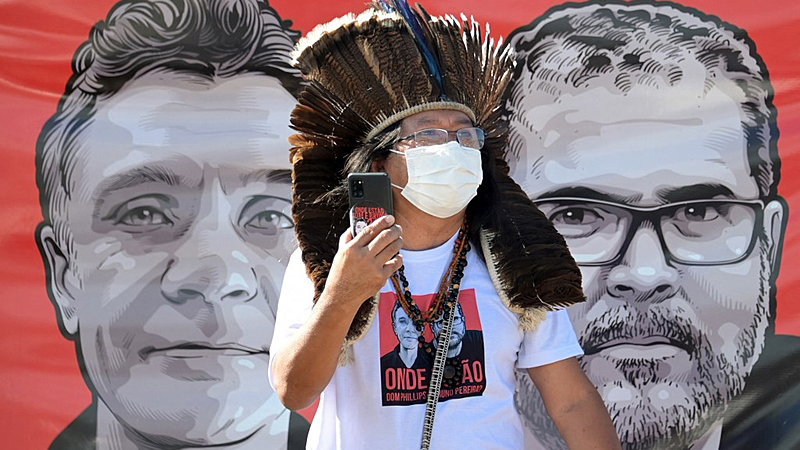 “We will not give up”: Brazil demands justice for Bruno Pereira and Dom Phillips
RECENT ARTICLES