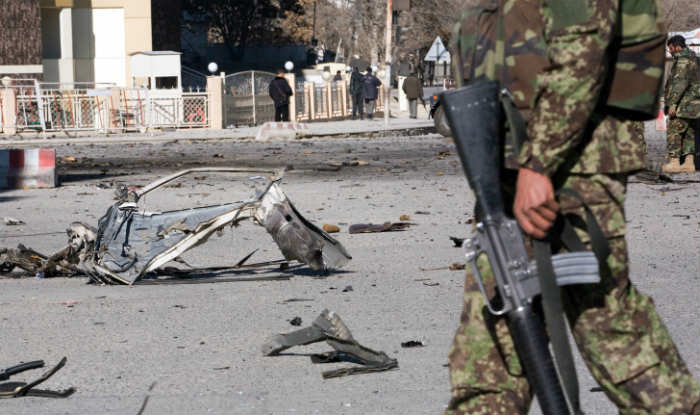 The attacks killed as many as 20 Afghan soldiers, including a US trooper, and left dozens of others wounded.

“We have suffered casualties. The Taliban has also suffered casualties,” Afghan Defense Ministry spokesman Mohammad Radmanish told reporters on July 12, following a series of deadly attacks on military posts by the Taliban in Paktia and Kanduz provinces. The attacks killed as many as 20 Afghan soldiers, including a US trooper, and left dozens of others wounded.

The US-led military coalition said in a statement that “the Special Operations soldier died from wounds sustained during a combat operation”. This is the fourth US trooper killed this year. Afghanistan’s officials, talking about the incident, noted, adding that the “Taliban militants used night-vision goggles and fired artillery shells as they launched simultaneous raids on several Afghan military bases and posts in Kunduz’s Dasht-e-Arch district.”

“Since we don’t have night-vision (goggles), the Taliban can get close to soldiers without them noticing,” the officials added.

Almost 50 persons have been killed this month in the country. On July 1, almost 19 civilians, mostly from the minority Sikh community, were killed and nearly 20 others injured when a suicide bomber from the Islamic State blew himself up near a gathering in Jalalabad. On July 11, one security guard and 9 civilians were killed when unarmed men entered a school premises, sparking an hours-long gunfight with security forces. However, no group took the responsibility for the attack.

The ceasefire is yet another blow to the ‘Afghanistan-Pakistan Action Plan for Peace and Solidarity’, which was earlier being touted as a strong hope for peace in the country. At the time of the plan’s origin, experts had stressed that “without the support of Pakistan, finding peace in the state of Afghanistan is not going to be achieved”. Among others, Afghanistan’s Chief Executive Abdullah Abdullah, Hizb-e-Islamia leader Gulbuddin Hikmityar and other prominent figures had backed the plan. Many were certain that Pakistan would push the leadership of the Taliban for dialogue. This incident has further dented these hopes.

Last month, the government and the Taliban had marked a three-day truce on the occasion of the festival of Eid. However, attempts by the government to extend it failed, as did threats that the Taliban would pay a heavy price if they were not prepared for dialogue. On June 20, insurgents staged a pre-dawn attack, killing almost 30 Afghan soldiers in the western Badghis province.

Afghanistan President Abdul Gani later said, “The Taliban did not reciprocate our decision to extend the unilateral ceasefire for 10 more days. But those three days showed that we must challenge our assumptions about peace in Afghanistan. During the ceasefire, I met with a group of peace activists from Helmand who had walked more than 400 miles to Kabul. I met them on a street with no other officials accompanying me, as they had requested. Among their demands were the extension of the cease-fire with the Taliban, establishing an address for peace negotiations that is representative of all Afghan ethnic groups and providing security guarantees for Taliban after reconciliation,” Gani noted in “I will Negotiate with Taliban Anyway,”

The attack is also a blow to US policy in the country, which according to secretary of state Mike Pompeo, was “winning.”. He was referring to president Donald Trump’s strategy of maintaining an active US military role while setting conditions instead of timelines to combat the Taliban.

Trump has asked NATO allies to lend more support by sending an additional 3,000 troops for counter-terrorism operations in Afghanistan, which would take the total number to 14,000. Trump also proclaimed that his strategy of “fight to win” would involve a high use of force that includes “drone attacks” and the “massive ordnance air blast (MOAB)” that can blast caves and tunnel complexes used by insurgents.

On the pretext of the War On Terror, the US invaded Afghanistan in 2001, following which the country plunged into a protracted conflict that destabilised its political and economical situation. US estimates suggest that the Gani-led government controls less than 60% of Afghanistan’s territory, while the rest is administered by either the Taliban or is contested.

Using force to ‘stabilize’ Afghanistan has historically proven counterproductive. United Nations figures that were published in February note that “a rise in the number of undiscriminating attacks last year contributed to more than 10,000 civilian casualties, including nearly 3,500 killed”.