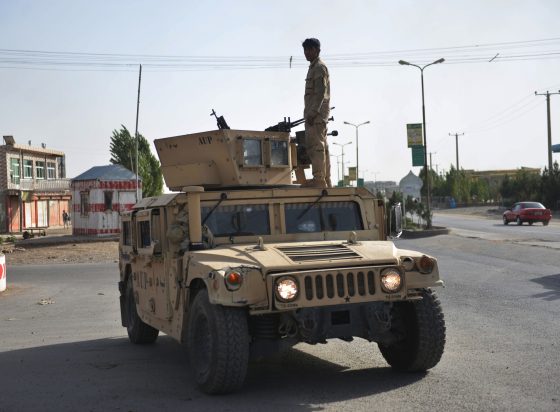 Almost 27,000 civilians were trapped as a major battle broke out between security forces and Taliban insurgents in the Ghazni province of Afghanistan, leaving over 300 persons dead, including 100 security personnel and 30 civilians. The telecommunication lines were cut by Taliban fighters who stormed the city on August 10.  As many as 1,000 Taliban fighters stormed the city in the pre-drawn strike, besieging the police personnel who were guarding government buildings, the National Directorate for Security (the intelligence compound) and the provincial governor’s office. Following the attack, the US carried out at least four airstrikes near Asfanda, Noghi and the Khoghyani district on the outskirts of the city.

Tariq Shah Bahrami, the Defence Minister, on Monday confirmed that in the past four days, almost 194 insurgent were killed in the fighting. “Pakistani, Chechen and Arab fighters had been fighting alongside the Taliban who launched their attack on Ghazni city in the early hours of Friday morning,” the minister claimed.

“Residents of Ghazni city have seen their city turn into a battlefield since Friday morning, with fighting and clashes reportedly still ongoing,” the United Nations Office for the Coordination of Humanitarian Affairs (OCHA) on Afghanistan said on August 13.

“Medication at the main hospital is reportedly becoming scarce and people are unable to safely bring casualties for treatment. Main access roads both north and south of the city to larger cities where medical facilities are available are contested and unsafe for people to travel,” the UN added.

Hundreds of families reportedly fled to the capital Kabul, which is less than 100 miles from Ghazni province. Residents of the Ghazni area were quoted on August 14 as saying that the Taliban had withdrawn from a number of areas in the city after torching some of the government buildings.  Staff at the regional hospitals said the shortage of medicines and the rising number of casualties had created a state of emergency.