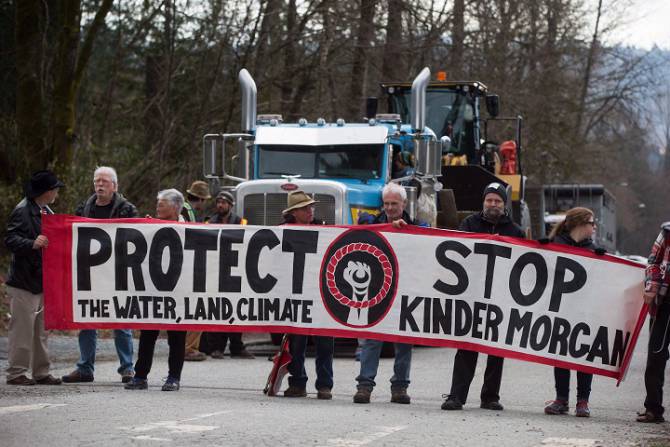 Protesters hold a banner as a transport truck attempting to deliver heavy equipment to Kinder Morgan sits idle as others block a gate at the company's property in Burnaby, B.C., on Monday, March 19, 2018. THE CANADIAN PRESS/Darryl Dyck

The Canadian government’s bid for a Trans Mountain Pipeline from Alberta to British Columbia was halted by a Canadian Federal Court of Appeal on Tuesday. The court pointed out that the National Energy Board (NEB) had given the approval for the expansion of the project without the necessary consultations with the First Nation communities in the region that would have been affected by the project

The Coast Salish First Nation peoples inhabit the region through which the Trans Mountain Pipeline passes. They are already familiar with its impact. Environmentalists and dozens of First Nation groups hailed the court verdict as a victory and a product of their relentless struggle both in the courts and on the ground. The communities had built camps from the ground up to block the construction, and dozens of activists engaged in direct actions to halt construction, and were often arrested.  In 2016, on similar grounds, the Canadian Federal Court had cancelled the approval of Enbridge’s Northern Gateway Oil Pipeline.

The Trans Mountain Pipeline was owned by Kinder Morgan Energy Partners of Houston and operations were launched in 1953 for transporting crude and refined oil from Alberta to Vancouver. The company proposed a round of expansion of the project on December 16, 2013, which would have involved another oil pipeline running parallel to the existing 710-mile line between Edmonton, Alberta, and Burnaby port in Vancouver. The extension project was estimated to cost 7.4 billion dollars and would have seen the laying of 980 km of additional pipeline and the reactivation of 193 km of the existing pipeline. This would have led to an increase in the capacity of the project from 300,000 to 890,000 barrels of oil per day. The NEB approved the project on November 29, 2016.

Thereafter, interstate disputes on revenue sharing and protests from the First Nation communities and NGOs, who highlighted the risk of oil spills and the lack of environmental safeguards, put the company on the back foot. At least seven lawsuits were filed in the federal court, mainly by First Nation communities, including the Tsleil-Waututh and Squamish people, against the proposed expansion of the project. Certain communities which had made informal deals with the company also declared that their willingness to have a dialogue on the project should not be taken as their consent.

In May 2018, the Canadian government stepped in to purchase the project from Kinder Morgan for $4.5 billion. The board of directors of Kinder Morgan approved the sale of the expansion project and the existing pipeline to the government on August 30. But on the same day, the court quashed the approval for the extension project. In the wake of the court’s verdict, Alberta premier Rachel Notley declared the withdrawal of the State from the pan-Canadian climate framework negotiated by Prime Minister Justin Trudeau until the Canadian federal government assured the resumption of the extension of the project.

Indigenous movements and the struggle in defense of land in 2020 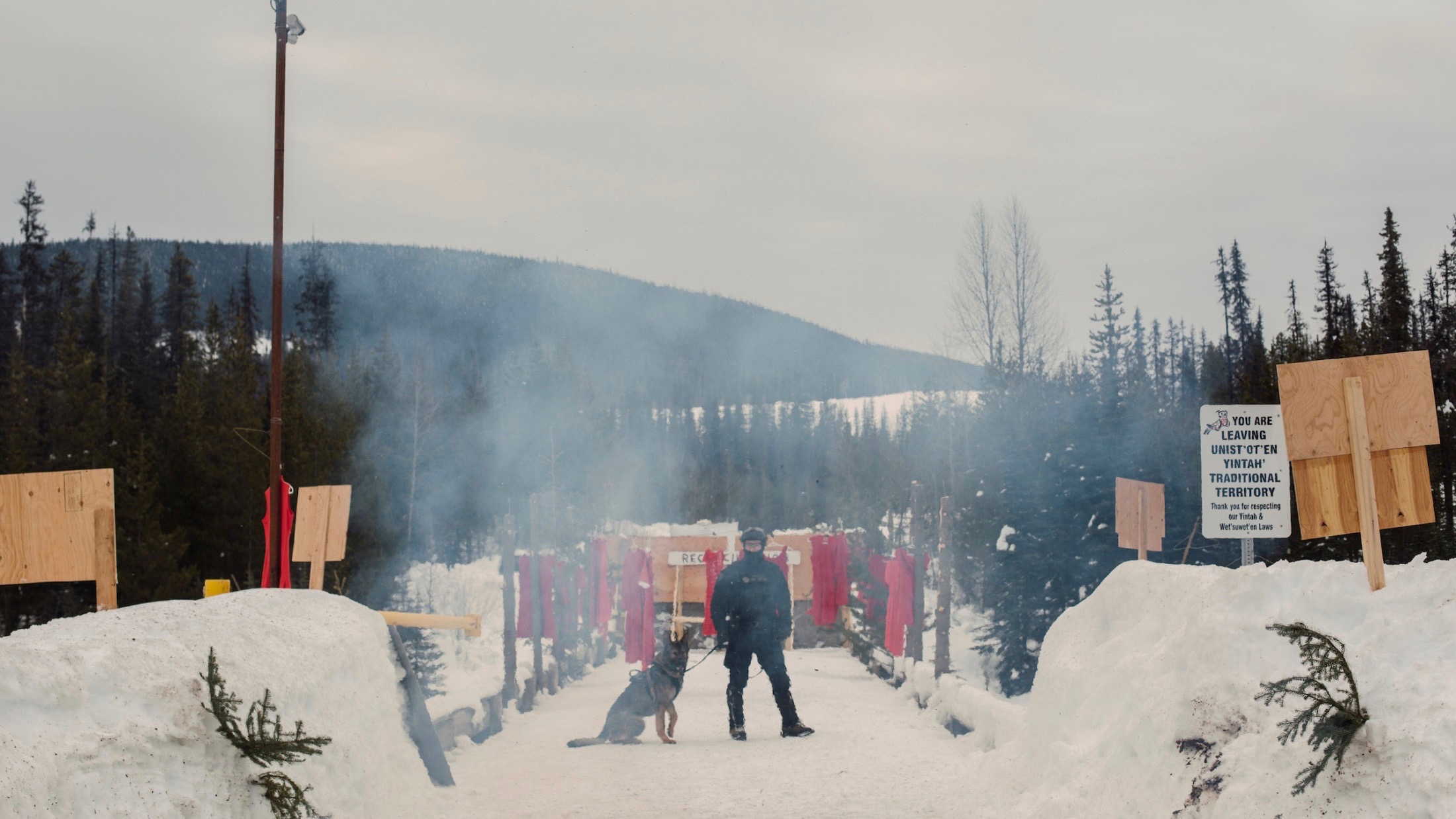 What is happening in Wet’suwet’en?
RECENT ARTICLES