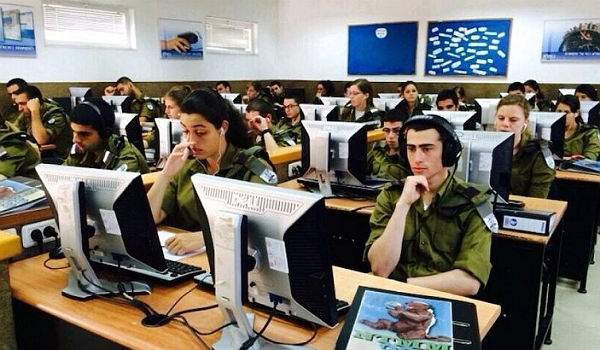 The propaganda project cashes on Israeli soldiers, students, American teens and others, and range from infiltrating various social media platforms, ranging from Facebook, Wikipedia to YouTube.

The Electronic Intifada recently revealed that pro-Israel, anti-Palestinian groups are running a secret influencing campaign on Facebook, and other social media, once again throwing light on the deep, far-reaching and penetrating effects of the extremely well funded, pernicious Israeli propaganda machine.

The revelation was based on the Al Jazeera documentary titled ‘The Lobby – USA’, that has never been broadcasted in full due to censorship by Qatar. It exposes how these pro-Israel groups work in close partnership with the government of Israel to spread false, defamatory propaganda against Palestinian groups and pro-Palestine groups in the West, and try to portray Israel in a positive, favourable light to western audiences, using many new covert tactics.

Many a time, people don’t have any clue that the content they are viewing is a part of such a systematic, well organised, propaganda campaign. The documentary reveals that these pro-Israel organisations have started creating groups and pages on Facebook which, on face value, appear to have no connection to Israel or those groups whatsoever, and are mostly concerned with feminism, LGBT rights, the environment, and world affairs. These seemingly benign social media pages and groups would then once in a while post a pro-Israel message, which would appear to be just as random and business as usual as the page itself.

But this is just the latest in a long list of elaborate, malicious tactics and strategies that have been employed by the disseminators of Israeli propaganda. In the past few decades, they have resorted to all kinds of secret and public methods to malign the Palestinian cause and garner sympathy and support for Israel. In this endeavour, they have been assisted a great deal by the American government and politicians, pro-Israel organisations active in America, like American Israel Public Affairs Committee (AIPAC), Zionist Federation of America, World Zionist Organisation and the Anti-Defamation League, among others.

One of the oldest weapons in the Israeli propagandists’ arsenal is the ‘accusation of antisemitism’. They or their pro-Israel supporters waste no time in hurling that accusation on Palestinians, leaders, parties or civilians alike, or on anyone who speaks in support of the Palestinian cause. Last year, Jeremy Corbyn, the leader of the Labour party in Britain was the target of such a scandal, after remarks of his were misrepresented and taken out of context by his rivals and detractors, safe to say many of whom were pro-Israel, wanting to undermine the Labour leader for his strong pro-Palestine and anti-occupation stance.

These kinds of allegations have long haunted Palestinians and their supporters. And it’s not only restricted to the foot soldiers in the pro-Israel, Zionist camp. Israeli Prime Minister, Benjamin Netanyahu has repeatedly made anti-semitic slurs against Palestinian leaders and civilian population, mixed with Islamophobia and scaremongering. “Hamas is ISIS, ISIS is Hamas’, he had declared to the whole world in 2014 at the United Nations, nevermind that Hamas now supports the two-state solution, and has even won a Palestinian general election in 2006. In 2015, he went even more berserk by claiming that it was the Palestinians who inspired and pushed the Jews to execute the Holocaust, a claim so disturbing that it was even dismissed and disowned by his fellow Israelis.

Since the arrival of the BDS (Boycott, Divestment and Sanctions) movement on the scene, these propaganda efforts have accelerated and intensified. The Israeli government has gone to the extent of banning activists, claiming that they are members of pro-BDS organisations.

At the same time, Israel pays thousands of students and pro-Israel activists online to spread favourable propaganda on social media and the larger internet. They also try to suppress pro-Palestinian pages, likes, comments by trying to get them banned or removed, mass targeting, reporting and spamming pro-Palestine activists to get social media sites to take action against them.

The Israeli government has allocated more than 100 million dollars in support of “hidden propaganda” meant to damage and destroy the BDS movement and its supporters. Recently, the Israeli ministry of strategic affairs announced a 37 million dollars budget for “activities for public awareness”, to fight against what they claimed was “delegitimisation” of Israel.

In June 2017, the Israeli minister of strategic affairs, Gilad Erdan announced the creation of an app called Act.IL, which monitors and detects “anti-Israel” content online and equips its users to contest and tackle it. The app was described as a battlefield weapon in the hands of its users by the minister, with Israel viewing unfavourable content against Israel on the internet as seriously threatening as any actual tools and weapons that the Palestinians may use on the ground, comparing them to Hamas rockets for example. Not so surprisingly, the app was developed in close collaboration with the Israeli Defense Forces and the Israeli internal security agency Shin Bet, besides American organisations and universities leaning towards Israel and the Israeli technology sector.

Ironically, with all its claims of fighting ‘anti-semitism’, Israel finds itself promoting the worst forms of antisemitism through its war crimes and other illegal actions it takes, and by cosying up to openly self-declared antisemites like the White Supremacists in America. The most prominent of them being Steve Bannon, the former advisor to President Trump, and Richard Spencer, who calls himself a ‘White Zionist’, while at the same time proudly making Nazi hand raising gestures at an ‘alt-right’ White Supremacist conference. The founder of Zionism once said, “the anti-semite is the Jew’s best friend.”