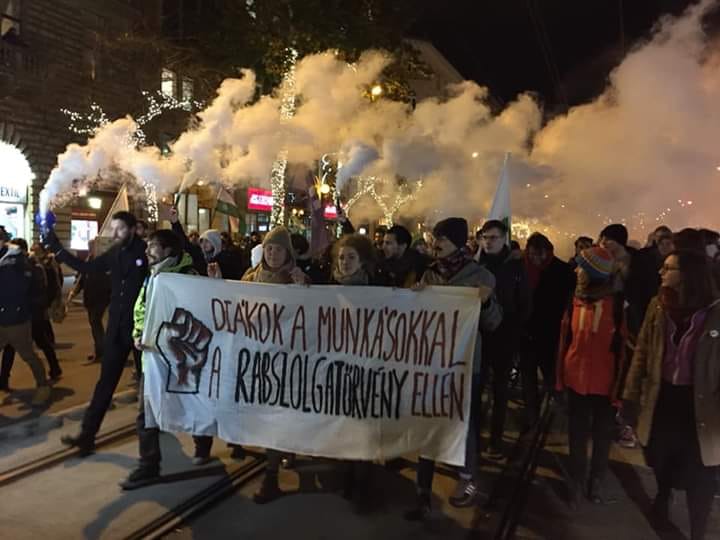 Widespread protests broke out in Hungary against a controversial labor bill enacted by parliament on Wednesday. The bill, which permits employers to demand about 400 hours of overtime from their workers, was passed by the right-wing Fidesz party led by prime minister Viktor Orban. It also triples the time period for disbursing overtime payments to three years. According to reports, the opposition tried to prevent the legislation in the house by blowing whistles, sounding sirens and blocking access to the speaker’s podium. The protesters condemned the bill as a ‘slave law’ and hit the streets in several parts  of the country.

AFP reported that some 1,500 protesters gathered outside parliament building on Wednesday,  some taking a knee in a symbolic gesture to indicate ‘becoming slaves.’

According to Rutgers University professor József Böröcz, at present, Hungary largely has a 40-hour work week. That is approximately 2,000 hours of labor time per employee per year. Current law allows a maximum of 250 hours of overtime per person per year. Overtime payments must be made within the year. The new ‘slave law’ increases that to 400 hours, in other words, 20% of the basic labor time. So, labor can be squeezed for 2,400 hours per year in Hungary. More than 25% of the Hungarian labor force has already left the country to work in the western Schengen area. The new legislation will further weaken the labor force in the country.

DiEM25 Hungary, the Hungarian chapter of a pan European pro-democracy network DiEM25, told Peoples Dispatch that this provision was one of the two oppressive laws that were passed in the last hours of the parliament session. The other enabled direct government control of the courts. The network said that the people of Hungary were witnessing a nexus of neoliberal economics and neofascism.

Students of Central European University (CEU), ELTE and Corvinus University also hit the streets in solidarity with the workers and took out a workers-student unity rally against the slave law. CEU students have also been targeted by Orban’s government. The government refused to ratify an agreement that would allow CEU to continue to operate its campus in Budapest under the terms of an April 2017 law on foreign branch campuses. There are reports that Adrien, one of the leaders of the new student movement, ‘Szabad Egyetem’, who was protesting the slave law, has been placed under arrest and will be held in jail for three days. Vajnai Attila, president of Labour party, expressed solidarity with the Adrien and the ‘Szabad Egyetem’ movement.

VASAS, the Hungarian Metalworkers’ Federation, condemned the changes to the Labor Code and called for a protest on Friday. On December 8, trade unions in Hungary had organized a massive demonstration in Budapest Kossuth Lajos Square against the proposal. 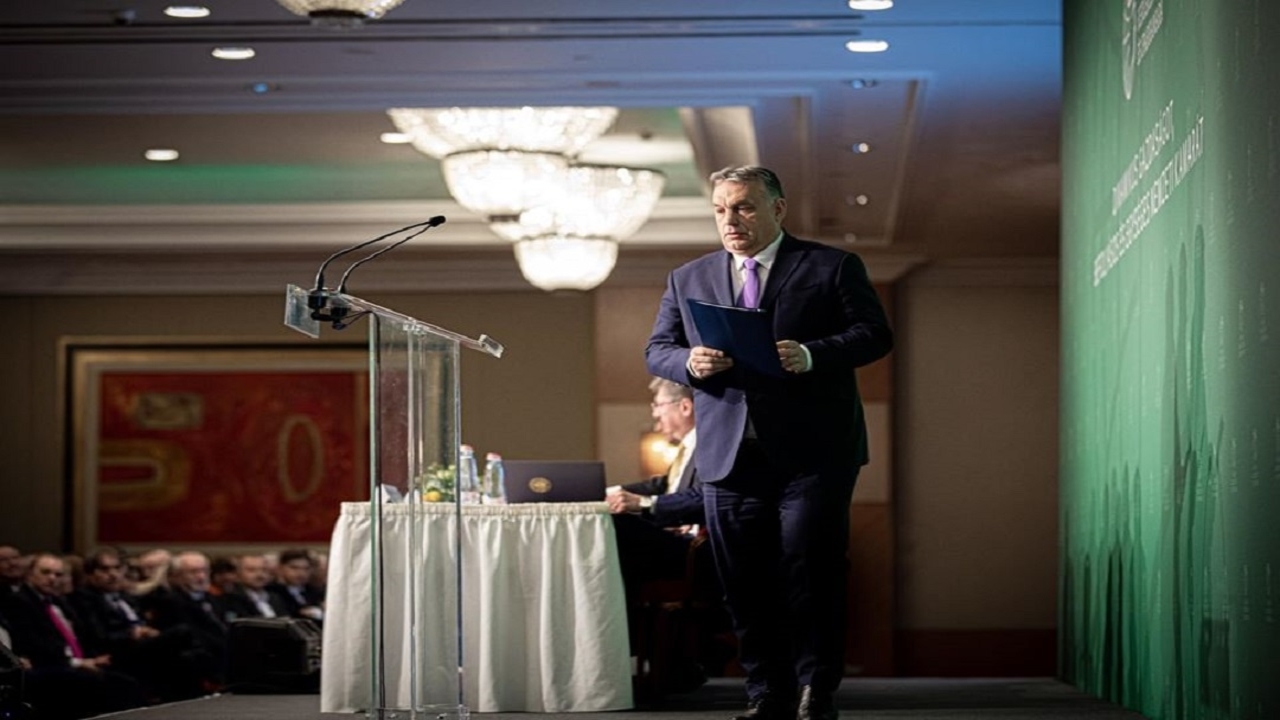