It’s “a tribute to the revolutionary women of Cuba”. This is how director María Torrellas defined “Cubanas, Mujeres en revolucion” [“Cuban women, in revolution”], the documentary that was screened on December 11 in the Festival Internacional del Nuevo Cine Latinoamericano, a Cuban Film Festival that focuses on the promotion of Latin American filmmakers. The event is happening in Havana till December 16 and is bringing together more than 300 debut films and classics.

The documentary depicts eighty-four minutes of life stories framed around the role played by Cuban women, from the struggle in the Sierra to the present day. Scientists, doctors, students, artists, activists, real women, united in a common thread of the economic, political and social change brought by the revolution.

Based on testimonies and experiences of women who transcended generations like Vilma Espín, Celia Sánchez and Haydée Santamaría, fundamental makers of the revolutionary process in Cuba, Maria Torrellas achieves a journey to the present, rescuing women from different fields and ages, from their own testimonies of life and daily lives. Narrated in first person, from the very voices of the protagonists, the documentary shows the values of these Cuban women who, although without having been part of the armed struggle, continue to fight from each of their daily spaces for the construction of a better world, following Fidel’s legacy.

This documentary produced by Resumen Latinoamericano “gives hope to the women who live in capitalism”, because “they have achieved what is unthinkable for us”, said Torrellas excitedly minutes before the screening and headed towards Hall no. 3 of the Infanta multiplex, which was filled with public. María referred to rights achieved in Cuba such as abortion, the right to decide for one’s body and comprehensive sex education, which in many countries of the region (including Argentina, her country of residence) is still struggling for.

Norma Villar, a Cuban psychologist, requested the floor at the end of the screening. She wanted to get us the emotions found with the stories told in Cubanas, with which she said “any Cuban woman will feel identified”. Norma stressed the importance of projects like this, which make “the truth about Cuba and the reality of everyday life known” -in her words- the truth that is manipulated several times by the big media organizations and their economic and political interests.

Enrique Ubieta, director of Cuba Socialista magazine, also asked for the floor. “It is important to realize how they (foreigners) look at us, how we have advanced, something that sometimes we ourselves do not realize”, he commented when he saw the visions reflected in the gaze of a foreigner who was not born on this island.

Marilín Peña, popular educator at the Martin Luther King Center; Beatriz Santamaría, niece of the unforgettable Haydeé; Sadaise Arencibia, the first dancer of the national Ballet and Taimí López Moreno, the violinist are some of the protagonists. These “heroines of today” as defined by Torrellas, were also present at the new presentation in Cuba of a documentary that has shot the world, essentially to know and value the essence and the great work of the Cuban Revolution.

The faces of empowered Cuban women, representatives of a more egalitarian society, are immortalized in the film; where the country’s achievements have been seen, despite the existence of the commercial, economic and financial blockade imposed by the United States almost six decades ago.

Carlos Aznárez, the director of Resumen Latinoamericano, said that it is necessary to “show not only the criticism, but also the achievements”, which are many and that, despite the difficulties, in a region re-conquered by the right-wing and fascism, there is a light of hope for the people. 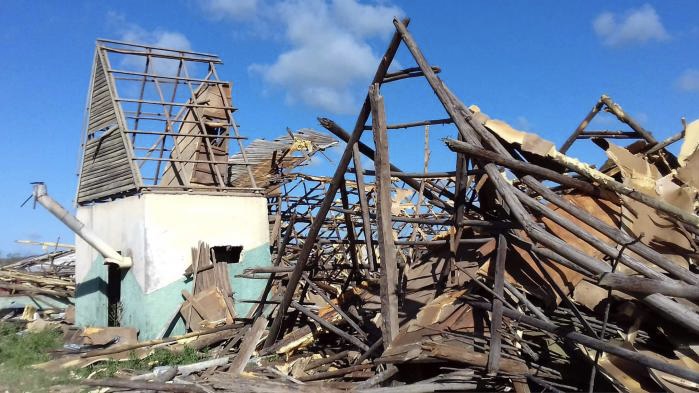 Cuba in the eye of Washington’s hurricane