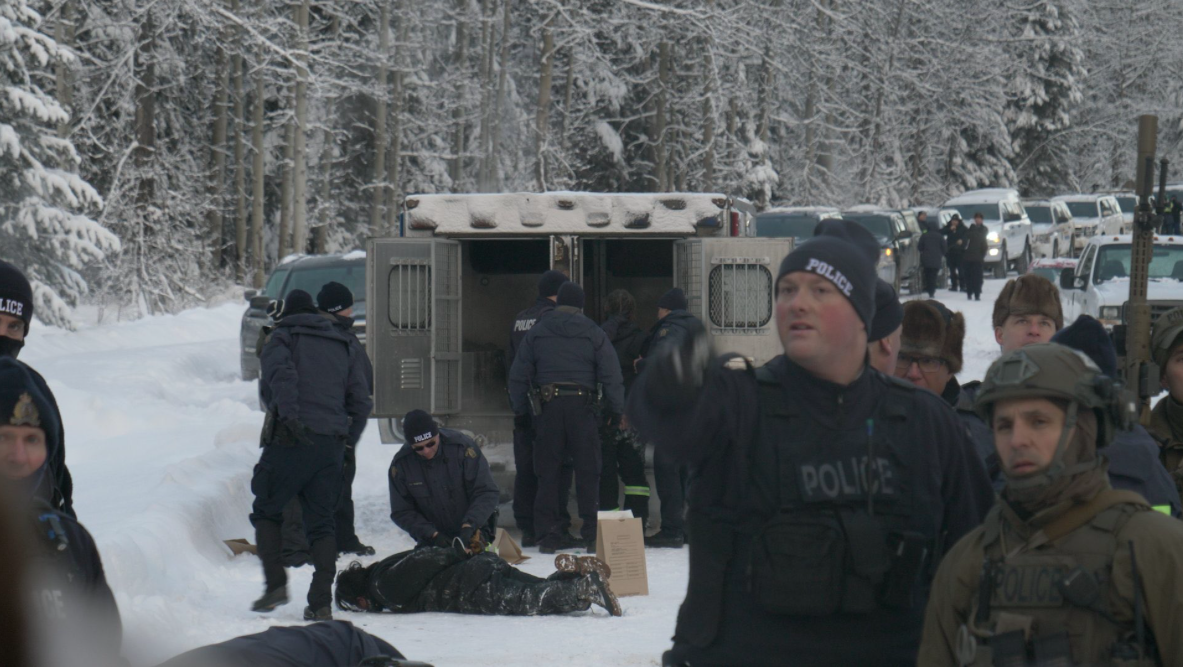 In yet another case of a stand-off between an oil pipeline and First Nation communities, the Royal Canadian Mounted Police (RCMP) violently evicted activists and arrested 14 to make way for a 670-km long pipeline. Indigenous activists have been fighting a long-drawn legal battle to prevent the pipeline, planned over the traditional Wet’suwet’en lands in British Columbia, Canada.

The planned pipeline, estimated to cost over CAD 6.2 billion (approximately USD 4.8 billion), is a project by Coastal GasLink which is a subsidiary of the TransCanada Corp. of the Keystone XL infamy. The pipeline, if completed, will be a part of the largest private sector project of the country, LNG Canada, which will rake in an investment of around USD 40 billion, mostly from foreign sources.

The violent breach of the checkpoints and the arrests have attracted condemnation and protests from across the nation. In Toronto, hundreds of protesters took to the streets under the banner of #ShutdownCanada, in a demonstration of solidarity, even shutting off afternoon traffic for a brief period.

The protests against the pipeline are also accompanied with environmental concerns. On their website, the Unist’ot’en camp, one of the Wet’suwet’en clans, said, “[t]he proposed pipelines are a threat to the watershed, as well as the plants, animals and communities that depend on them.”

The attack on indigenous activists has shed light on the precarious relationship between indigenous lands and the historically colonial-settler Canadian state.

On December 14, 2018, the British Columbia Supreme Court passed an injunction allowing Coastal GasLink access to the land that belongs to the Wet’suwet’en tribes. The company has been seeking access to the 20 km stretch of pathway through the said land to begin preparatory work for the pipeline. The legal dispute has been going on since over a decade.

The company claimed that it has an agreement signed between them and the elected Wet’suwet’en band council. However, the hereditary chiefs, who have much support from within the tribe, disputed the access and endorsed the protest checkpoints and camps built since 2010.

The Union of British Columbia Indian Chiefs strongly opposed the use of indigenous lands without permissions from traditional leaders. Chief Madeek, one of the hereditary leaders of the tribe, reportedly pointed out that the elected members “… [a]re not the title holders or the caretakers of the land. The hereditary chiefs are.”

The checkpoints and camps were built and organized mostly by the members of the Unist’ot’en and Gidim’ten clans of the Wet’suwet’en tribe. Protesters have camped in these spots since 2010, day and night, even in the freezing winters that the region is famous for.

After the court injunction was ordered, the Unist’ot’en protesters stated that any attempt at forcibly removing them would be an ‘act of war’.

Ever since the court order, the RCMP has been intimidating the protesters, while also increasing their presence near the checkpoints. On January 6, the RCMP website put up a press release which mentioned the legal status of the Wet’suwet’en territories, in what was a clear indication of the coming offensive. On January 7, the forces broke into a Gidim’ten checkpoint and arrested 14 people from the spot, forcing a retreat. There are reports of the forces planning to make their way to the Unist’ot’en checkpoint next.