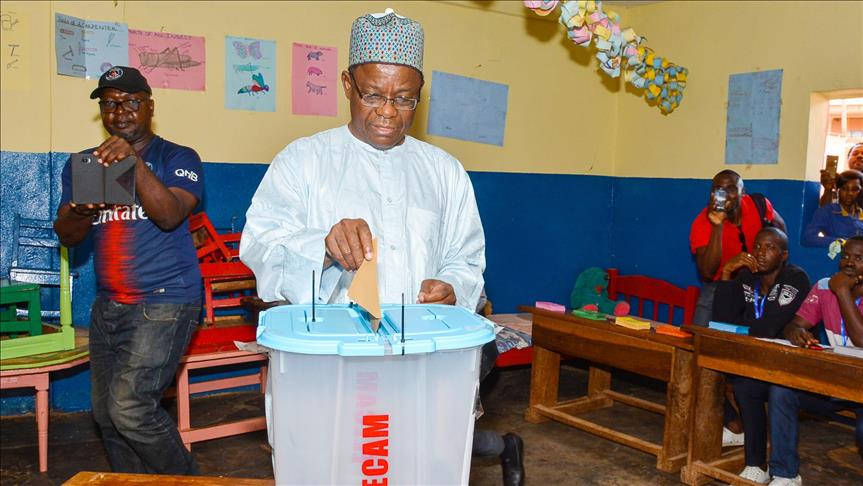 Security forces in Cameroon launched a major crackdown on opposition leaders and their supporters who are protesting what is perceived to be electoral fraud that brought Paul Biya into the presidency for a seventh consecutive term. Among the arrested is the main opposition leader, Maurice Kamto, who is charged with inciting an insurrection, apart from a number of other offenses. Two journalists were among those arrested.

It was in October last year that the presidential election, marred by low voter turnout and violence, was held in the country. The national president of the Cameroon People’s Democratic Movement (CPDM) party, Paul Biya, who has been power for 36 years, won with 71% of the votes. Maurice Kamto, the opposition leader from the Cameroon Renaissance Movement (CRM), who trailed with 14% of the votes, alleged that the election was rigged.

Protests which began soon after were put down by the security forces who arrested 42 demonstrators, including a number of CRM members. Protests have been staged sporadically since then by Kamto and his supporters. The latest round of protests, which began on January 26, grabbed international attention when two Cameroonian embassies in Europe were occupied by expat Cameroonians.

In Paris, the embassy was invaded and occupied by the Cameroonian protesters as an act of solidarity with the agitation back home. France is the former colonizer of most part of Cameroon, and the latter’s government has maintained a close relationship with France under Biya’s administration.

According to a statement by the communication minister made that day in presence of the minister of territorial administration, Paul Atanga Nji, “A hundred CRM militants attacked Cameroon’s Embassy in Paris, France. After scaling the fence of the building hosting the Embassy, they broke into the offices and ransacked everything on their way, causing huge damage. As we speak, these individuals have been taken out of the premises by the French forces of law and order.” Another group of about 10 Cameroonians invaded its embassy in the German capital, Berlin.

Back in Cameroon, a total of 117 protesters were arrested for participating in what the government has termed, “unauthorized public demonstrations” staged by the CRM “throughout the national territory, including the ten regional chief towns”.

The highest number of arrests was made in the capital city of Yaoundé, where 62 people were taken into custody, followed by the capital of the country’s West Region and the third largest city in terms of economy, Bafoussam, where 42 were arrested. Another 13 were arrested in the town of Mbouda, 30 kilometres to the northwest of Baffoussam.

In economic capital, Douala, key areas were cordoned off by the security forces, who were placed on guard. The protesters did not back down. “This led to a few clashes during which the security elements made use of regulatory logistics,” according to the government’s statement, which added, “It should be made clear..  that no live ammunition was fired. Seven people were arrested.. In addition, six persons were slightly injured, including two well-known activists.”

However, the activists leading the protests referred to in this statement received bullet wounds in the leg and claim to have been shot by security forces. One of them, Michelle Ndoki, is a lawyer who had defended the Kamto at the constitutional council where the latter led the charge of ballot-stuffing against Biya. Ndoki, who was also one of those arrested in the crackdown on the post-election protests in October, claims to have been shot in the leg four times.

The other is a CRM official, Celestin Djamen. The following day, 50 of the arrested were released, and the rest were held under administrative detention. On January 28, as protests continued in multiple cities and towns across the country demanding the unconditional release of all the arrested, Djamen was arrested from the hospital where he was receiving treatment for his injuries. The same day, CRM’s treasurer, Alain Fogue, was also arrested. In a separate raid on the residence of a party supporter in Douala, Kamto, along with some of his supporters, was arrested.

Two journalists working for a widely read daily, Cameroonian dailies Le Jour, who were present in the home that was raided, were also arrested and moved to police headquarters in the capital city, along with the rest.  National Union of Cameroonian Journalists (SNJC), of which both Théodore Tchopa and David Eyengue are members, said in a statement sent to Reporters Without Borders (RSF) that the both of them were present at the meeting as reporters, but were arrested after being misunderstood to be CRM leaders or supporters.

“Covering opposition activities is not a crime – it is the duty of political reporters.. By arbitrarily arresting journalists who are just doing their job, the Cameroonian authorities are not providing any answer. Instead they are just helping to deepen the country’s current political crisis. We call for the immediate and unconditional release of these two journalists,” said the head of RSF’s Africa desk, Arnaud Froger.

Criticizing the mass-arrests and the targeting of opposition leaders, Samira Daoud, the West and Central Africa deputy director for Amnesty International, said in a statement:

“The arrest of Maurice Kamto and four of his staff supporters signals an escalating crackdown on opposition leaders, human rights defenders and activists in Cameroon. The authorities must immediately and unconditionally release them, as well as peaceful protesters detained at the weekend simply for exercising their rights to freedom of expression and peaceful assembly.”

Attempts to interrogate Kamto on the day after he was arrested did not succeed as he refused to speak in absence of his lawyers. Finally, on Wednesday, January 30, after he was granted access to a team of lawyers, Kamto was interrogated and “charged with hostility against the Fatherland, insurrection, group rebellion and public disorder,” Journal du Cameroun reported today.

Addressing the press conference, Kamto’s lawyers described his arrest as illegal, and reiterated that he will “continue to fight”.