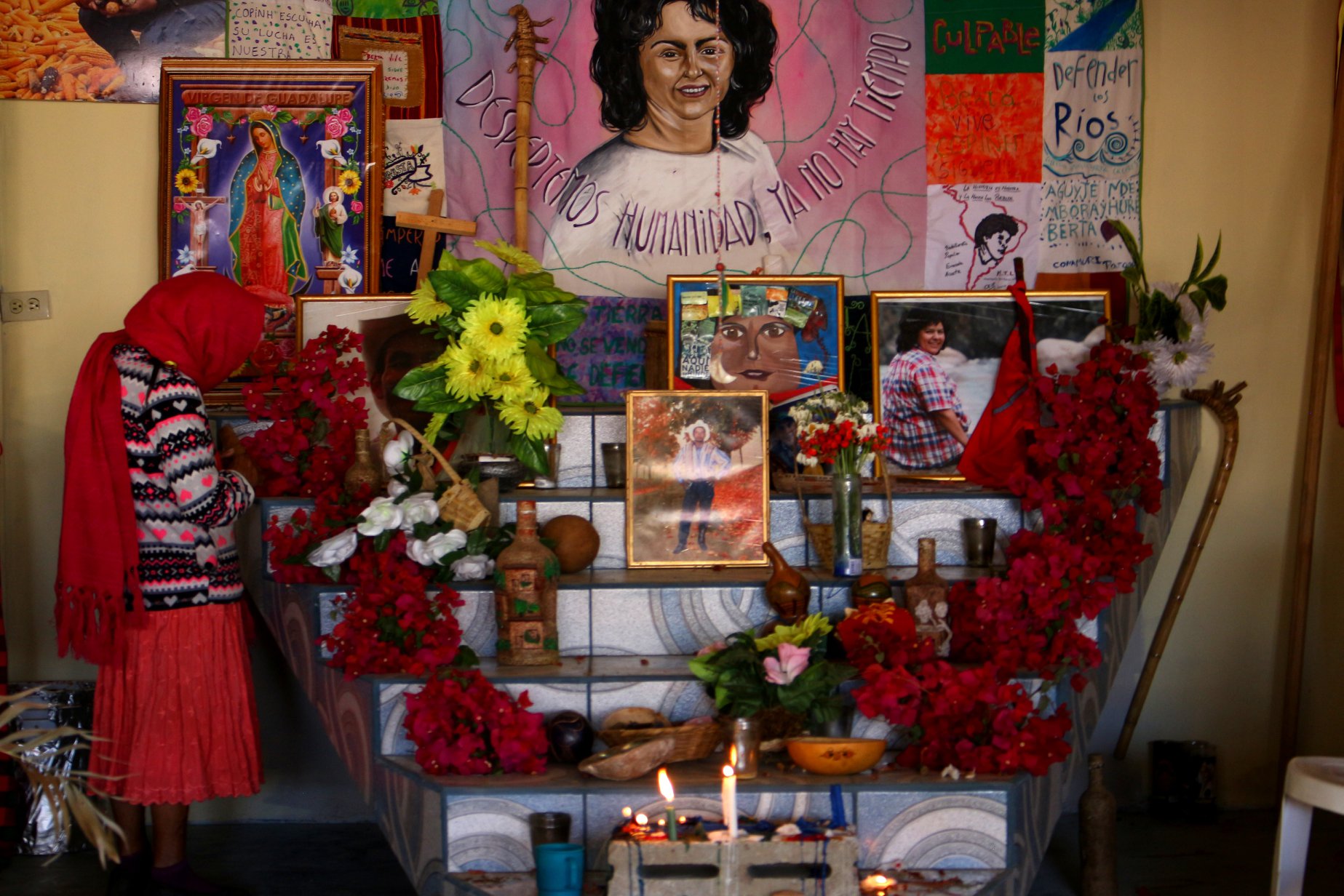 April 1 was the 6th anniversary of the beginning of the struggle in defense of the natural resources in the Rio Blanco region in western Honduras. The struggle, led by the Council of Popular and Indigenous Organizations of Honduras (COPINH) and the Indigenous Lenca community in Río Blanco, is against the construction of the Agua Zarca hydroelectric dam project on the sacred Gualcarque River, which poses grave threats to the environment, the river and indigenous Lenca people.

In March 2016, at the height of the struggle in Río Blanco, COPINH’s co-founder and general coordinator, Berta Cáceres, was assassinated. Cáceres played a fundamental role in helping organize with the community against the destructive hydroelectric project.

On the anniversary, COPINH commemorated all the people and activists who lost their lives struggling against the project, such as Cáceres and Tomás García. They also honored those who continue to struggle, resisting all kinds of threats, harassment, criminalization and racism by employees of DESA (the company constructing the dam), repressive forces and employees of the Honduran state.

The struggle which began six years ago is far from over. Despite heavy international pressure, the loss of of international investments and the temporary suspension of the project, the Agua Zarca contract remains active and COPINH continues to wage the battle for the complete cancellation of this project. On March 26, they participated in the trial in a case fraud in Gualcarque, representing the victims, the Lenca people.

As many as 16 public functionaries are on trial in this case for committing fraud and corruption in the granting of licenses and permits needed for the construction of the Agua Zarca project. While COPINH has welcomed this case as a step in the right direction, they are still demanding that the financiers and backers of the project, such as the members of the Atala-Zablah family, who also financed and ordered the assassination of Berta Cáceres, be brought to justice.

COPINH also celebrated the 26th anniversary of its founding on March 27. Dozens of people from different communities that are organized in COPINH gathered to commemorate the commitment to continue defending life and territory. They also took part in a football tournament.

On March 27, 1993, Berta Cáceres and her comrades founded COPINH, to strengthen and give voice to the struggle of the Indigenous people in Honduras whose rights, culture, history, and identity were denied by the State.

“26 years of resistance and struggle we continue to ignite the flame of liberation, the flame that we promised to light together in the first mobilization; we continue fighting for life, freedom and justice; we continue to tear down the symbols of colonialism,” said the COPINH in a statement.

At the event, the members of COPINH celebrated the presence of Marcelino Miranda, a member of COPINH who had been incarcerated and suffered torture in jail due to his commitment to continue defending the territory. Banners demanding freedom for Edwin Espinal and other political prisoners who were jailed during the protests against the electoral fraud committed in 2017 were displayed. They also repeated calls for the trial and punishment of the financiers and planners of Berta Cáceres’ assassination, who continue to enjoy complete impunity.