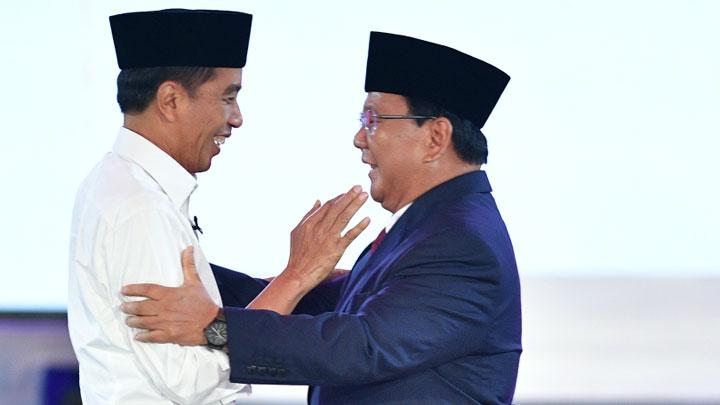 Incumbent Joko Widodo and Prabowo Subianto are the two candidates running for the president's post. Both. however, present a similar vision in their electoral promises.

Indonesia is all set to go to the polls on April 17. 193 million voters will exercise their franchise in the presidential and parliamentary elections. Voters will also choose their representatives for state and district legislative bodies These are the fourth democratic elections to be held after the end of the military dictator Suharto’s regime in 1998, known as the New Order era.

Voters searching for an alternative however do not have too many options as the main presidential candidates, the incumbent Joko ‘Jokowi’ Widodo, and Prabowo Subianto, are pretty similar in terms of policies.  Jokowi will be running for a second five-year term against Prabowo, who was his main opponent in the 2014 elections as well.

Jokowi has unleashed massive repression during his term. Prabowo, meanwhile, served as a lieutenant general in the Indonesian army until 1998, when he was expelled for human rights abuses, including abduction and torture of pro-democracy, anti-Suharto activists. He is also Suharto’s former son-in-law.

“In the matter of issues of human rights, issues of women, minority rights and the struggle of West Papua, there is no fundamental difference between Jokowi and Prabowo,” said Surya Anta, spokesperson of the People’s Liberation Party of Indonesia, who talked to Peoples Dispatch about the elections.

The two candidates have also resorted to appeals to religious identity in the Muslim-dominated country. A key moment in the process was the 2017 Jakarta gubernatorial elections, when conservative groups opposed alleged blasphemous comments by the incumbent governor Basuki Tjahaja Purnama (Ahok), an ally of Jokowi. Ahok and his running mate eventually lost to Anies Baswedan and Sandiaga Uno, who were nominated by Prabowo’s party and the Prosperous Justice Party, which is linked to the Muslim Brotherhood. This victory was made possible by them aligning with the conservative Islamic groups that opposed Ahok. Today, Sandiaga Uno is Prabowo’s running mate.

Jokowi responded by trying to make alliances with clerics. He chose Ma’ruf Amin, the current chairman of the Indonesian Ulema Council (MUI), as his running mate. He has also appealed to conservative voters by giving different Islamic groups land and resources. Thus, both candidates ran their campaigns on issues closely associated with the religious majority, especially the more conservative sections.

Similarly, on the matter of human rights, there is little to choose between the two. In the first presidential debate, the question of addressing human rights abuses was presented to both candidates. Neither of the two presented any credible plan of action or a convincing will to correct historic wrongs. Jokowi, during his last campaign, had promised to probe the 1965 mass murders of Indonesia’s communist party members, the riots of May 1998, and the violations in West Papua, among other things. However, he never fulfilled any of his promises.

Jokowi’s rule has in fact been marked by cases of extrajudicial killings in the ‘war on drugs’, as well as of the use of the banned chemical weapon white phosphorus against native residents of West Papua. The expectations from Prabowo are even lower in this regard, as he has been considered guilty of wide-scale abuses.

Comparing the two candidates, Surya said, “Although he appears to be the ‘lesser evil,’ Joko Widodo, for 5 years as president, has not kept his promise to thoroughly investigate past cases of human rights violations. Jokowi let the cases go dormant. On one occasion, Jokowi actually stated that he was ready to beat the communists. And these words have an impact on the increasingly widespread anti-communist sentiments, the seizure of books by the military, and persecution of people who use the attributes of hammer and sickle. In addition, Jokowi brought ex-Generals from the New Order era who had cases of past human rights violations into the ranks of his cabinet and as supporters.”

Neither Jokowi nor Prabowo has taken any stance on resolving the decades old West Papua issue and addressing the demands of the indigenous peoples of the region. The Papuan people are made to participate in the election process, although multiple Papuan freedom movements have called for the boycott of these presidential elections. Some groups, such as the United Liberation Movement for West Papua, have however asked voters to participate in the legislative elections so as to prevent regional parliaments from being controlled by Indonesian representatives.

The expression of the demands for right to self-determination and control over Papuan resources, such as minerals, has faced continuous suppression under Jokowi, and is unlikely to meet a different fate with Prabowo.

On the question of the economy too, the two candidates have come up with different slogans while standing for the same basic principles.

Jokowi plans to bring in increased foreign investment and strengthen ties with the International Monetary Fund and the World Bank (IMF-WB). Indonesia was host to the annual IMF-WB meetings last year. He also intends to increase the country’s exports and participation of private sectors in the economic growth.

Prabowo, on the other hand, has presented a nationalist platform by promising reduced dependency on exports and self-sufficiency in food production. But at the same time, he intends to keep the private sector strong. His running mate, Sandiaga Uno, is a rich businessman whose money is seen to be crucial to Prabowo’s campaign.

While various surveys have put Jokowi in the lead, the margin has reduced in the days leading to the elections. In case of either result, however, the core issues are likely to remain unaddressed and the challenge of building an alternative in a repressive state is a difficult one.

The government has been quick to act against activists and social leaders, often branding them communists in order to keep the ‘red scare’ alive. Constant crackdowns and threats have also made it increasingly difficult for different groups to communicate and present a united front.

“The left in Indonesia is too small and fragmented, as is the progressive democratic group. The majority of these elements unite in a limited manner on certain issues, and unite with labor organizations or farmers who provide support for Jokowi or Prabowo. Whereas what is needed in building alternatives is to build a unity that not only offers alternative programs, alternative political methods, but can also rid itself from co-optation and manipulation of bourgeois parties,” explained Surya.

“As long as unity is restricted to specific issues, and acts on certain issues in a reactive manner, it does not have a long-term vision. Until social groups who want to build strength from below are united, political alternatives cannot be present, and the political situation will worsen,” he added.