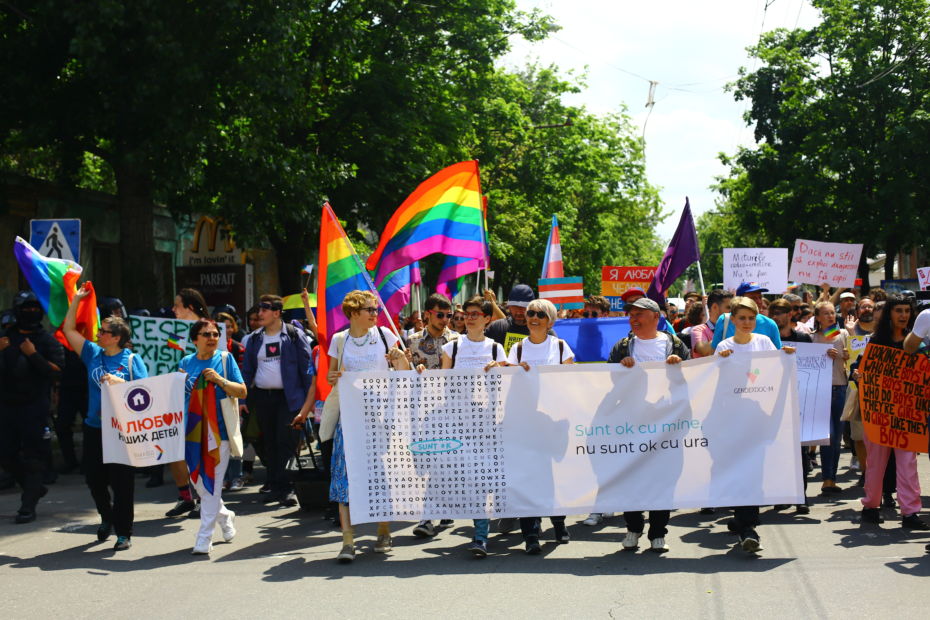 On May 19, hundreds marched in the Moldovan capital of Chisinau as part of the LGBT Solidarity March during the 2019 Moldova Pride Festival. The march was one of many events organized as part of the 18th LGBT community festival in Moldova. The march was held in the context of the International Day Against Homophobia, observed on May 17.

Ruptly reported that LGBT activists carried rainbow flags and played drums in the pride march, that was held under the banner “I’m Okay”. The march was cordoned off by police as a measure of protection against possible counter-protests by anti-LGBT organizations.

Dumitru Alaiba, a Moldovan member of parliament, expressed solidarity with the march and stated on Facebook, “No one, under any pretext, can tell you how to dress, what language to speak, which god to pray for, whom to love. […] And think well – what’s the biggest problem in our country, really: the LGBT community or those who stole the billion dollars?”

Meanwhile, the conservative sections in Moldova organized an anti-LGBT ‘Family Festival’ against the Moldova Pride and called for protecting conservative traditional values in the society. The festival was supported by President Igor Dodon.

Local media reported that several conservative prayer groups gathered in the capital and organized a separate demonstration, “Stop the Propagation of Homosexuality”, and held signs which read “It’s not OK to be Gay”.