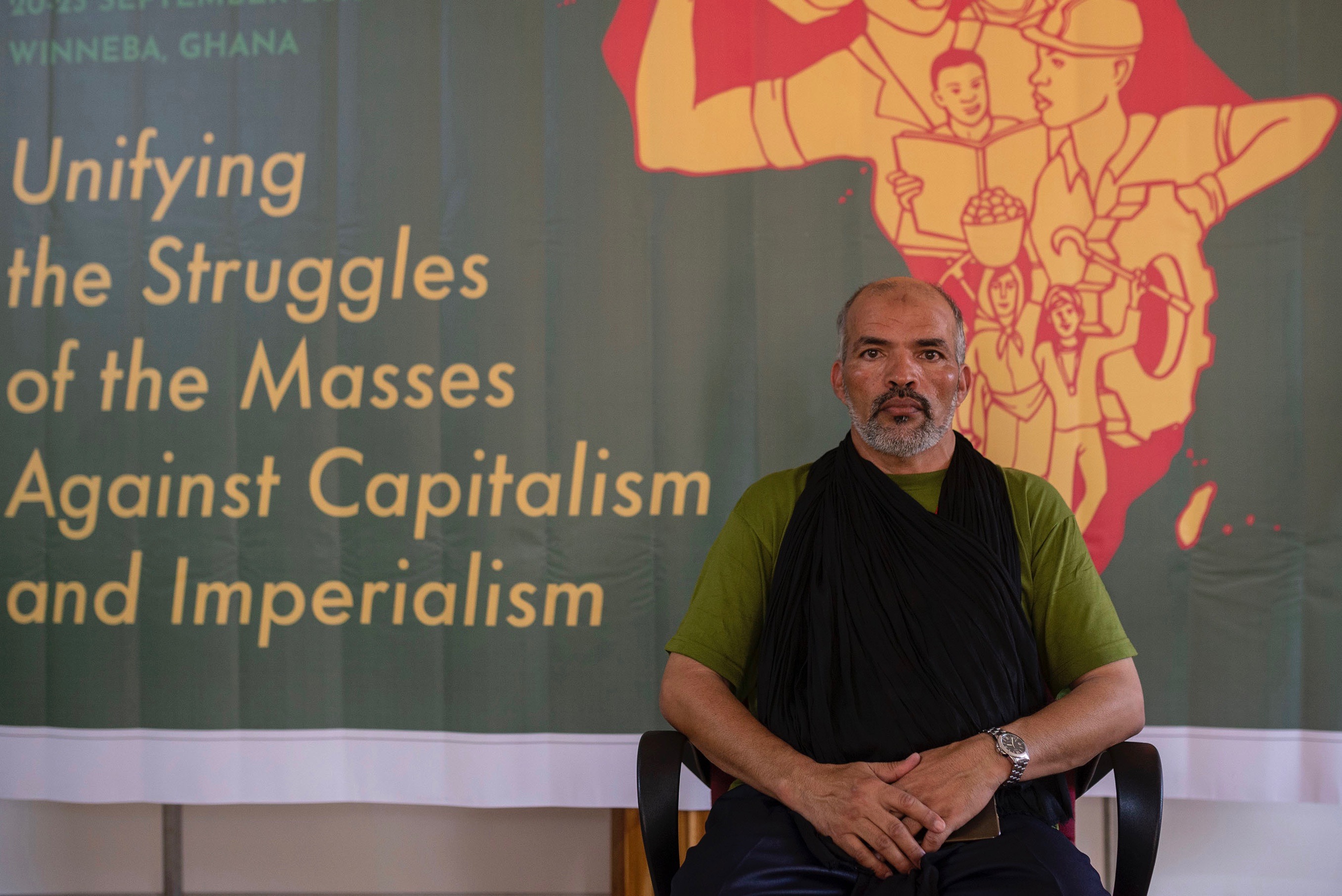 The people of Western Sahara have been waging a valiant battle against their colonial masters for their independence and self-determination for the past several decades in spite of harsh repression.

The Moroccan regime has occupied and controlled the majority of Western Sahara since Spain relinquished control in 1975 and has gone to extreme lengths to preserve this control and suppress all popular resistance. One of methods it used to instill fear in the population and discourage further mobilizing, was the illegal detention of hundreds in clandestine detention and torture centers.

Bachraya Abahazem, an activist from Western Sahara, was one of the hundreds who was “disappeared” in one of these centers for nearly a decade. Peoples Dispatch spoke to him about his experience and the importance of the cause of Western Sahara today.

Peoples Dispatch: Can you tell us a bit about the context in which you were imprisoned?

Bachraya Abahazem: I was kidnapped by the regime of Morocco and was considered as disappeared from February 19, 1981 to January 1991. The civil police captured me at 1 am from my house. I was a student then and of course, they did not inform any legal authorities. They used civilian cars to hide the arrest.

During this time, nobody knew where I was. And during the time that I was captured and hidden, there was no judgement, no tribunal, no trial. No human rights organization was allowed to visit us. I was in an illegal clandestine prison, and I experienced terrible torture.

The area is called Agdz and M’gouna. I was captured along with almost 200 of my comrades, as well as old people, young people, men, women and girls. We were guilty because we wanted independence for our land in Sahara and we wanted self-determination.

PD: What was your experience of being held in a clandestine prison?

BA: For nearly 10 years, I didn’t know where I was and neither did my family. To give you one example of the torture, they kept us blindfolded and naked for six days and we were forced to keep standing. If we tried to sit down, we were beaten.

We were kept in dark places in the Atlas mountains and there was no electricity, water or toilets. The food was also very very bad. Some of my friends died because of the conditions. In the Agdz and M’gouna area alone, 27 people died in clandestine detention.

At one point, they slightly improved the food so that they could keep us alive. We were beaten daily and not even allowed to speak. The places are dark and sometimes we would see snakes and rats. We were not allowed to talk about the conditions.

At that moment, we wondered if humanity still existed or whether the world was a jungle where everything is savage and cruel.

This situation continued until 1989 and at that time, they came and told us that we had to write and ask the king for a pardon. But we asked them what [crime] had we done to ask for a pardon? We had done nothing wrong, so we refused to ask for a pardon. We resisted in those clandestine prisons while human rights movements put increased pressure on the king. And finally, the king decided to liberate us with very clear conditions. They told us to never talk about what happened to us and they told our families not to celebrate and make a commotion about our return. They told us not to leave the country, and not to leave Sahara for many years. After a decade of prison, there was a new prison – which is not to leave the country at all.

When we were freed, they still did not acknowledge what they had done to us and did not make any excuses either.

The consequences of the torture are deep, especially the psychological and health impact. At a social level, we now feel that we are not integrated into society because we are jobless and the Moroccan government is still treating our people badly. But, we still have our goal which is our independence for our land.

PD: Can you give us some historical context of the struggles of the people of Western Sahara?

BA: Our land was captured and invaded by the Moroccan regime, the royal regime, just after the Spanish crown left the country in 1975. We were under Spanish colonialism from 1884 to 1975. In 1973 we began to fight against Spanish colonialism, but there was a conspiracy against us between Spain, Mauritania and Morocco. Spain divided Western Sahara and gave one part to Mauritania, and the other part to Morocco. When we began the military struggle against Spain and against Mauritania, the latter left its part of the land in 1978. What was left by Spain was taken by the Moroccan regime. We carried on the military fight against the Moroccan regime for our land until 1991.

In 1991, the United Nations created a commission whose task was to carry out a referendum about Western Sahara. So we stopped the military struggle and we are waiting for this referendum which has still not taken place.

We on call all the people who defend freedom in the world to support us in our fight for freedom. After ending the military struggle following the UN promise, we continue to fight peacefully.

All of our protests are peaceful. We ask for nothing more but to live freely on our land. We still endure the attacks, the arrests and the violence of the royal regime against the militants, against women. To this day, the police attack our homes with impunity.

We respect the universal principles of human rights and we wish stability and peace for the entire world.

PD: What is the situation in Western Sahara like now? What measures does the current colonial administration take to oppress people’s movements?

In Laayoune, which is the largest city in Moroccan-occupied Western Sahara, the governor is Yahdih Bouchab, who treats the Sahrawi population very badly. Any peaceful protest that we carry out for our rights is met with fierce police repression. They beat us until we are bloody, they also beat women on the street. The governor, and the Moroccan regime in general, takes the resources of the area, for example phosphate and fish. They take these resources and deprive the population of any employment opportunities.

Khamais Bouguerra of the Workers’ Party in Tunisia provided translation. 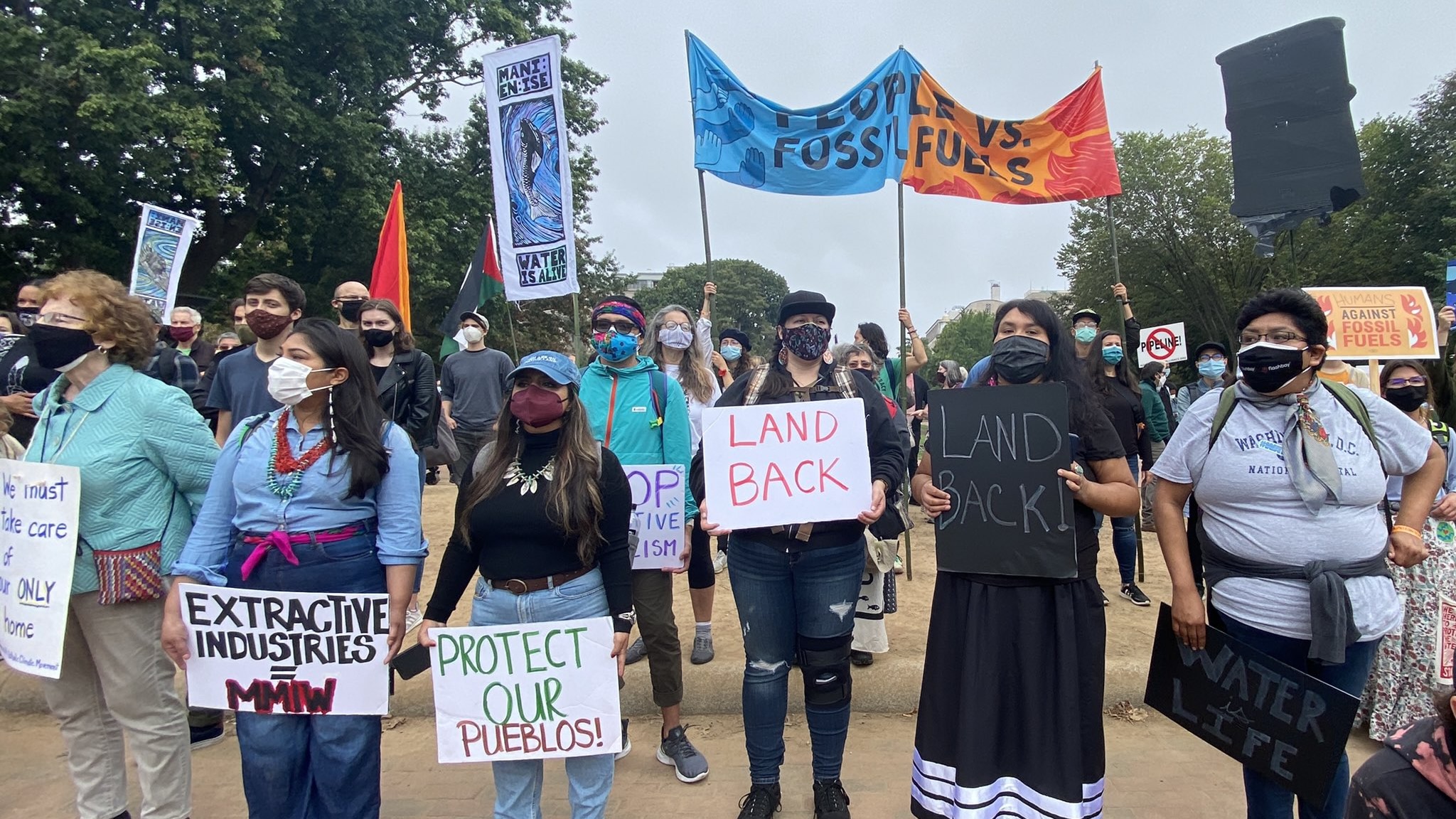