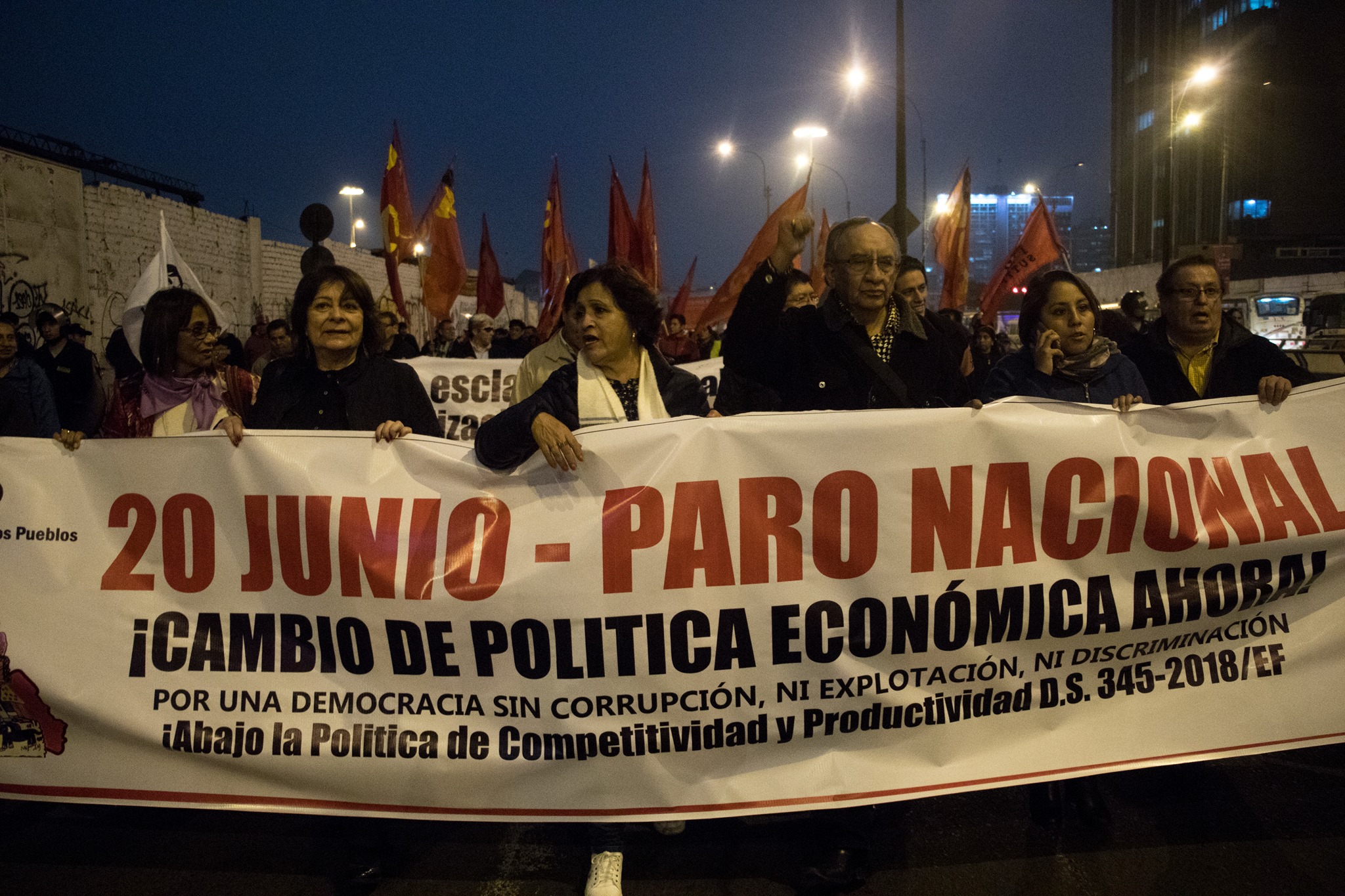 Demonstration against the anti-labor reform in Lima on June 20. Photo: Wayka Peru/Facebook

On June 20, thousands of workers mobilized across Peru demanding the abolition of the decree no. 345-2018-EF or the National Policy of Competitiveness and Productivity (PNCP). The decree is an anti-labor reform that was approved by the government of President Martín Vizcarra on December 31. Massive mobilizations were carried out in the Peruvian capital Lima as well as in the regions of Arequipa, Moquegua, La Libertad, Áncash, Junín, Huánuco, Apurímac, Ayacucho, Puno, Loreto and San Martín.

In Lima, two massive mobilizations were carried out with participation from trade unions, left-wing political parties and several social, student and women’s organizations. In front of the National Congress, the demonstrators burned a symbolic coffin with notes such as ‘decree no. 345-2018-EF’ and ‘National Confederation of Private Business institutions (CONFIEP)’ and photos of President Vizcarra and Congresswoman Ursula Letona and other officials, pasted on it.

Across the country, in regions such as Arequipa, Puno, La Libertad and Loreto, protesters blocked important highways as part of the strike and were able to paralyze traffic and movement in several regions.

The workers’ mobilizations were also met with violent police repression and several arrests were also registered. In Lima, agents of the National Police attempted to stop the march from advancing towards the Government Palace and launched tear gas at protesters and arrested many. In Puente Piedra, Lima, the police used similar tactics to repress those who were blocking the highway. In the Huancayo city in the Junín region, the national police arrested over 30 protesters.

For the last six months, Peruvian workers have been protesting the PNCP. This new labor policy was approved by the government without debating it in the National Labor Council (CNT). Trade unions believe that the new reform represents a set-back to labor rights and only favors business owners. They call it as an exploitative and slavish reform as it seeks to implement a series of regressive measures such as reduction of number of paid leaves, reduction of the Compensation for Time of Service (CTS), no retirement benefit, collective dismissals without compensation and temporary or contractual job without stability. It also takes away the right to wage bargain and strike as well as the right to prosecute the company for dismissing a worker on an invalid reason.

The workers are demanding the withdrawal of the decree, increase of the minimum wage to 1,600 Sols, levelling of pensions, restructuring of Social Security option, better working conditions and an effective system to combat corruption.

The general strike also served as a platform for various regional demands. In Arequipa, the protesters demonstrated rejecting the Tía María mining project, which would be harmful for the environment of the region. In Puno, people protested against the privatization of water. In Puente Piedra, the protesters demanded the suspension of toll collection in the district as well as the nullification of the illegally contracts signed with corrupt multinational companies for the construction of highways and collection of exaggerated amount of toll.

In the month of January, a massive demonstration was held in Lima to demand the annulment of the PNCP. After six months of demonstrating against this measure and a few meetings with government representatives, when the situation didn’t seem to change, the CGTP gave the call for the general strike. 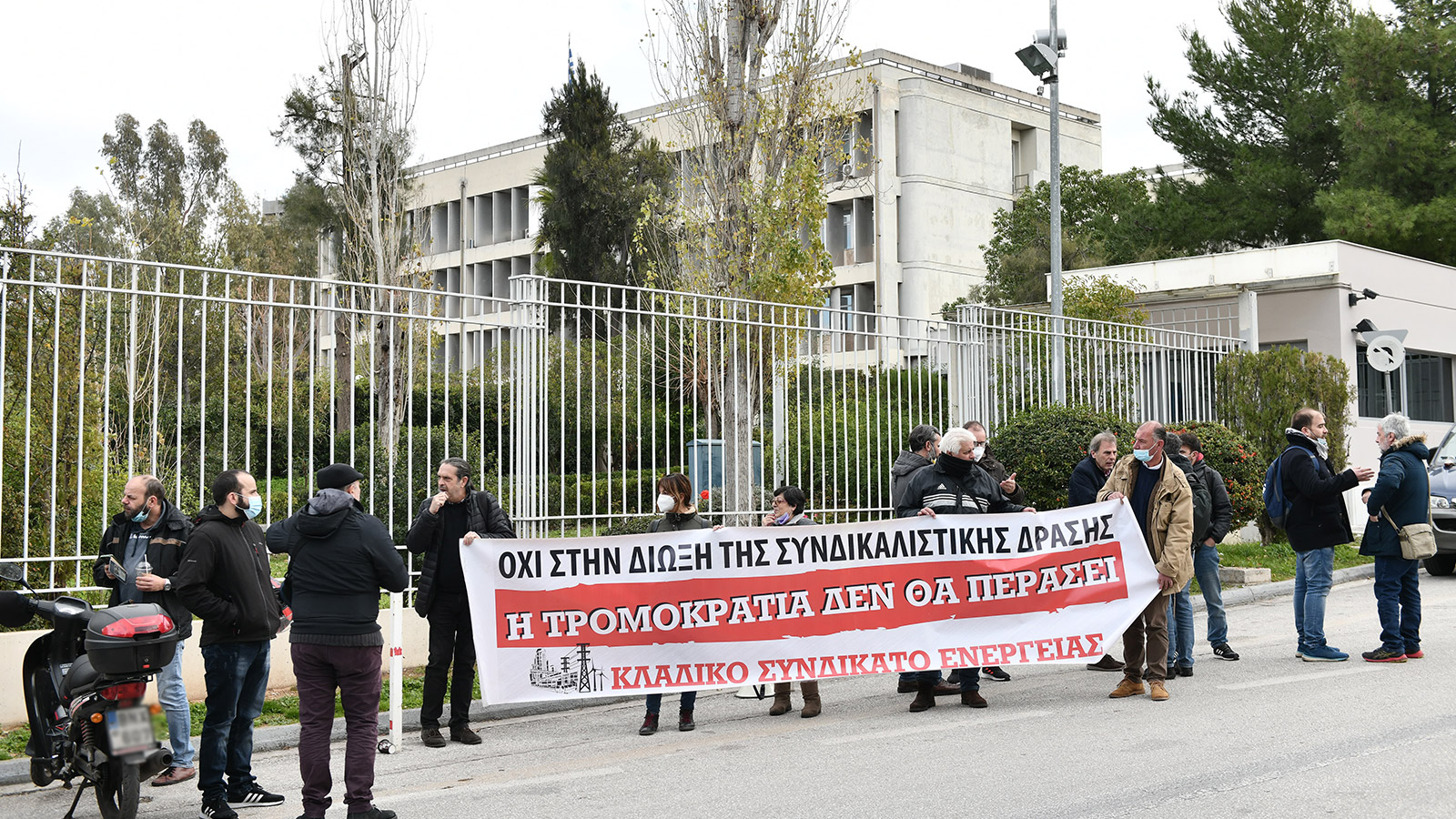 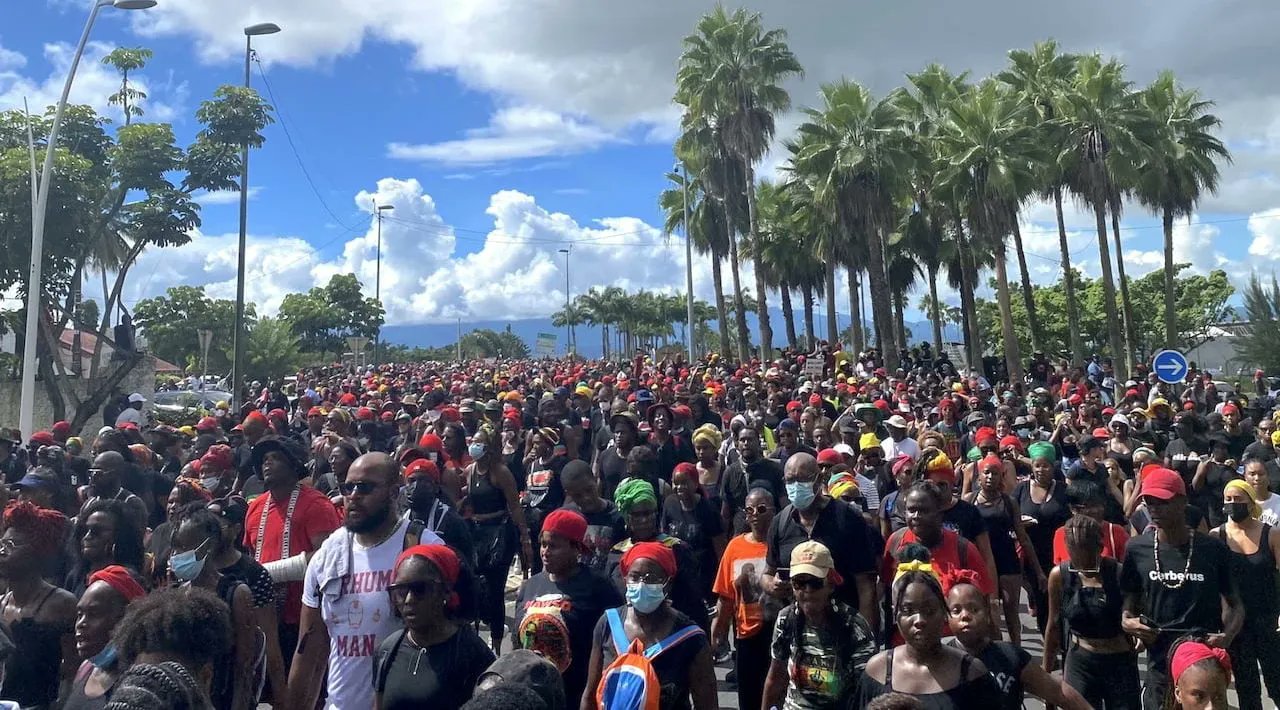 The pandemic response in Martinique and Guadeloupe: the looming shadow of colonialism
RECENT ARTICLES