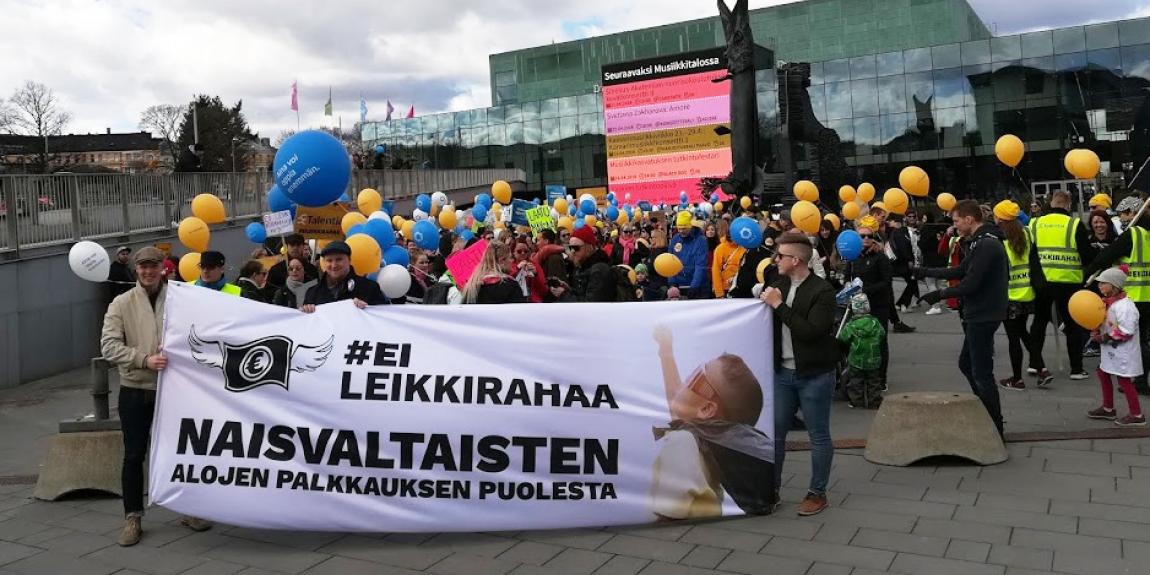 The groups want the minimum salary for daycare workers to be raised to 3,000 Euros a month

Worker and activist groups in Finland have been intensifying campaigns for a wage hike and better working conditions for daycare workers. The citizens’ group Ei enää leikkirahaa (No more play money) has been carrying out a campaign, while a proposal on this front is also being pushed through a constitutional provision known as the citizens’ initiative.

The average salary of daycare workers in the three major municipal areas of Espoo, Helsinki and Vantaa is currently 2,300 euros per month. Along with that, the current system provides for one adult to take care of four children below the age of three. But for children of three years of age, the ratio is one adult to eight children. The union of daycare teachers has been demanding a salary increase to 3,000 euros to match that of teachers in primary and secondary schools.

The Communist Party of Finland (SKP) expressed solidarity with the ongoing campaign for better daycare wages. The party also gave a call to the people to support the citizen’s initiative for better early childhood education ratios.

“Workers in daycare centers need a decent wage and better working conditions, so that those who are trained in this field can also do this important job. Limiting the number of children facilitates work and provides opportunities to focus on early childhood education. That is why this initiative should be supported,” the SKP said.

On March 24, a massive demonstration was organized by the Ei enää leikkirahaa in the capital city of Helsinki, demanding an increase in the wages of daycare teachers. It was sparked by a story from the public broadcaster Yle in which the teacher’s union OAJ said that the municipalities had arrived at an unofficial “gentleman’s agreement” to not pay higher salaries to hire competent daycare teachers, despite there being hundreds of vacancies and a severe shortage of skilled professionals. The municipal leaders of Espoo, Helsinki and Vantaa later denied allegations of any such verbal agreement.