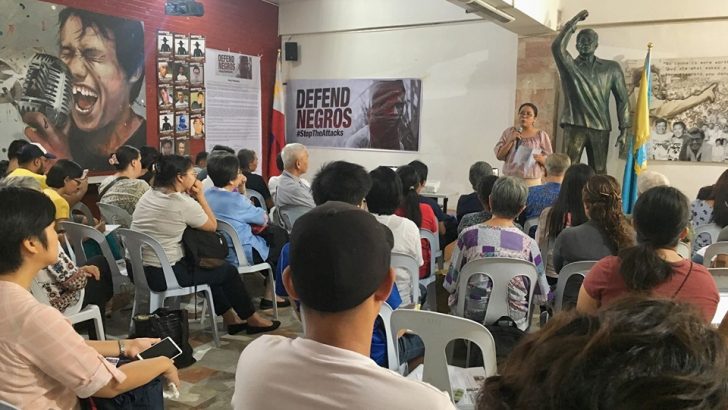 Activists and citizens who are part of the Defend Negros campaign come together in protest against the constant violence and attacks by the Philippines security forces. Photo: Bulatlat

Human rights activist Salvador Romano was fatally shot on the night of July 7 by unidentified attackers who waylaid him on his way home. The 43-year-old was murdered in his hometown of Manjuyod in the Negros Oriental province. He was a former provincial coordinator of a major rights group called Karapatan, and was an active member of  the Youth of Iglesia Filipina Independiente (YIFI), the young volunteers group of the Philippine Independent Church (IFI), and was set to be its adviser.

According to Karapatan, Romano is the 69th activist to be murdered on the island of Negros ever since Rodrigo Duterte assumed the presidency in 2016. Activists believe that most of these murders against Duterte’s critics have been orchestrated by security forces. These targeted assassinations of activists, along with the massive repression of leaders of grassroots movements, have been on the rise in the island over the past few months. The latest murder happened days after activists and church leaders in Negros publicly condemned this rising trend.

On June 25 and 28, security forces arrested around 13 people on various charges of murder and alleged collaboration with the banned Communist Party of the Philippines (CPP) and the New People’s Army (NPA), while another trade union leader was murdered by an unidentified gunman. 10 of those arrested continue to be under police custody and one man, reported to have been detained by the military intelligence, is yet to return.

Among those arrested was Jimmy Teves, pastor of the United Church of Christ of the Philippines (UCCP), and Jorex Escapalao, vice-president of the Hacienda Raymunda Farmworkers Union chapter of the National Federation of Sugar Workers (NFSW), along with several farmers. Teves, Escapalao and a few others are still being held by the Philippines National Police on charges of possessing stashes of weapons and arms. Media reports said that in La Castellana in Negros Occidental, men identifying themselves as members of the military intelligence group of the Armed Forces of the Philippines (AFP) took three farmers in custody on the same day. While two of the detained were released, one is still missing.

While these sweeping arrests took place in Negros, an activist associated with a militant trade union movement was killed. Lito Itao, a habal-habal (passenger motorcycle) driver, was murdered on June 27 by two unidentified gunmen in Guihulngan City in Negros Oriental. He was the auditor of the Guihulngan City chapter of the habal-habal drivers section of the militant transport workers union, United Operators and Drivers Association Nationwide (PISTON).

These incidents have prompted human rights groups and leaders of the church to come out in open condemnation of the government’s and security forces’ handling of the situation. The martial law imposed on the Mindanao region to the south has greatly affected Negros in terms of military raids and attacks on activists. Trade unions and labor activists are targeted by a slandering technique called ‘red-tagging’, which is to accuse them of being associated with the communist insurgents of the CPP and NPA.

In a statement released on Sunday, the UCCP Council of Bishops said, “This harassment clearly depicts the vicious schema of this government that fails to respect the right to life and right to decent livelihood of farmers and workers and rights (sic) of those who advocate and call for social justice and peace in our country,” the statement added. The bishop of the IFI also came out in support of those who were arrested and their demand to be released without charges.

“As the Duterte regime continuously intensifies its attacks, the killings and arbitrary arrests in Negros are setting a very dangerous precedent – that state forces can do whatever they want against poor peasants and communities, and brazenly promote tyranny and violence,” Cristina Palabay, the general secretary of Karapatan, said.

The Union of Agricultural Workers (UMA), the parent body of the NFSW, also publicly opposed the arrests. UMA chairperson Atonio ‘Ka Tonying’ Flores said, “This bloodied regime must be made accountable for its heinous crimes against the farmers.”

“It is high time that we all unite and fight to put an end to the state’s terrorism against the people,” Flores added.

Earlier this year, violence in Negros against farmers and activists hit a peak when 14 farmers, alleged to be communists, were massacred in a weapons raid by security forces. The city councilor of Escalante, Toto Patigas, who was associated with the left-wing political party, Bayan Muna, was also murdered.

These attacks come despite the fact that Negros is technically not under martial rule, unlike the neighboring Mindanao. It indicates an alarming deterioration of the safety and well-being of political activists in the island and the Philippines as a whole. 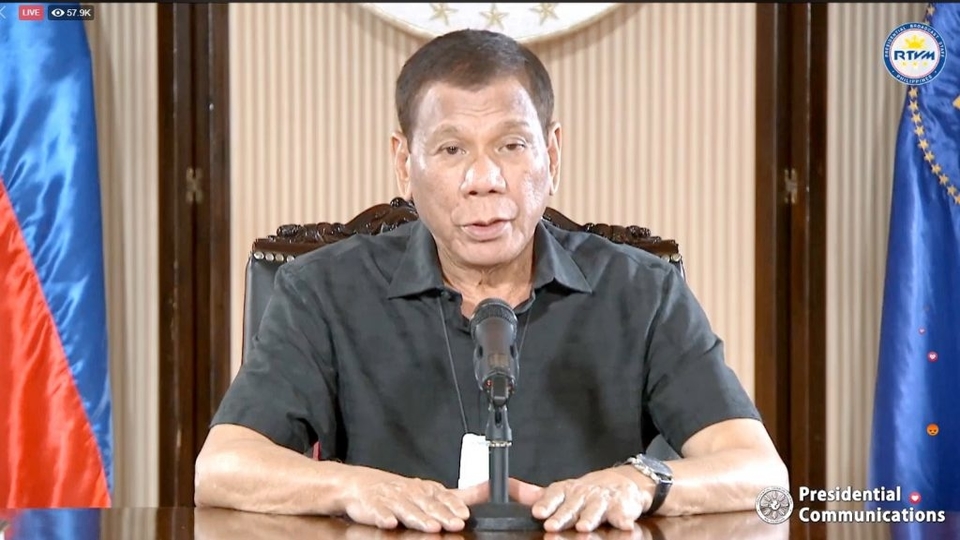 In the Philippines, president Duterte threatens activists with police firing 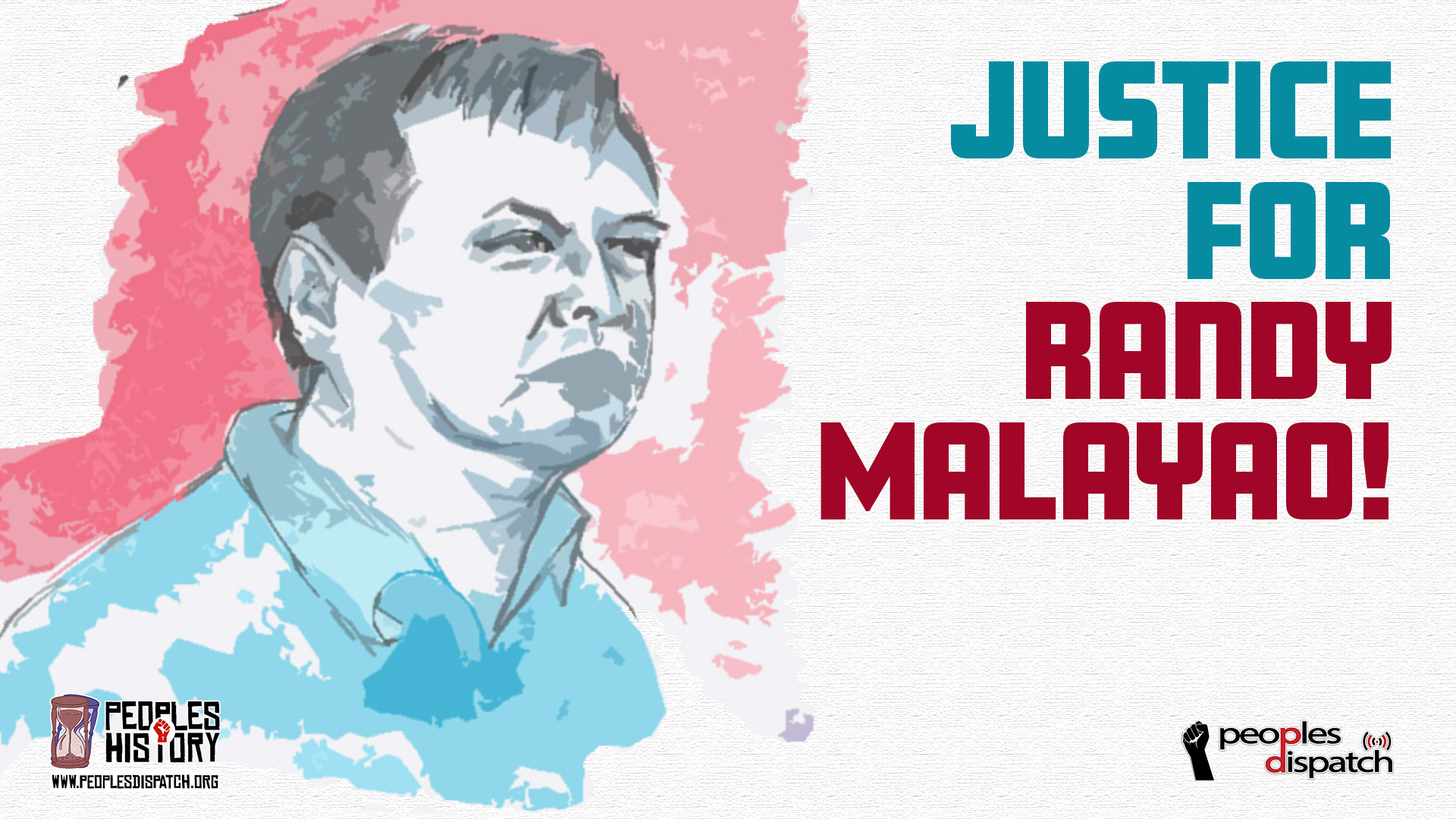 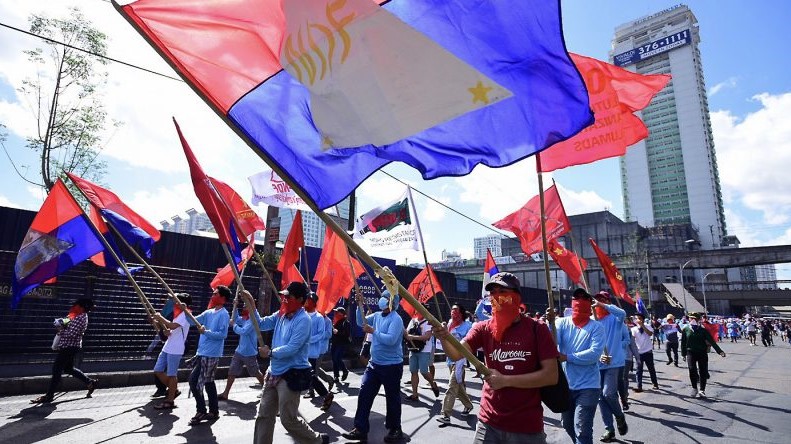 As ‘holiday truce’ ends, is peace on the table for the Philippines?
RECENT ARTICLES