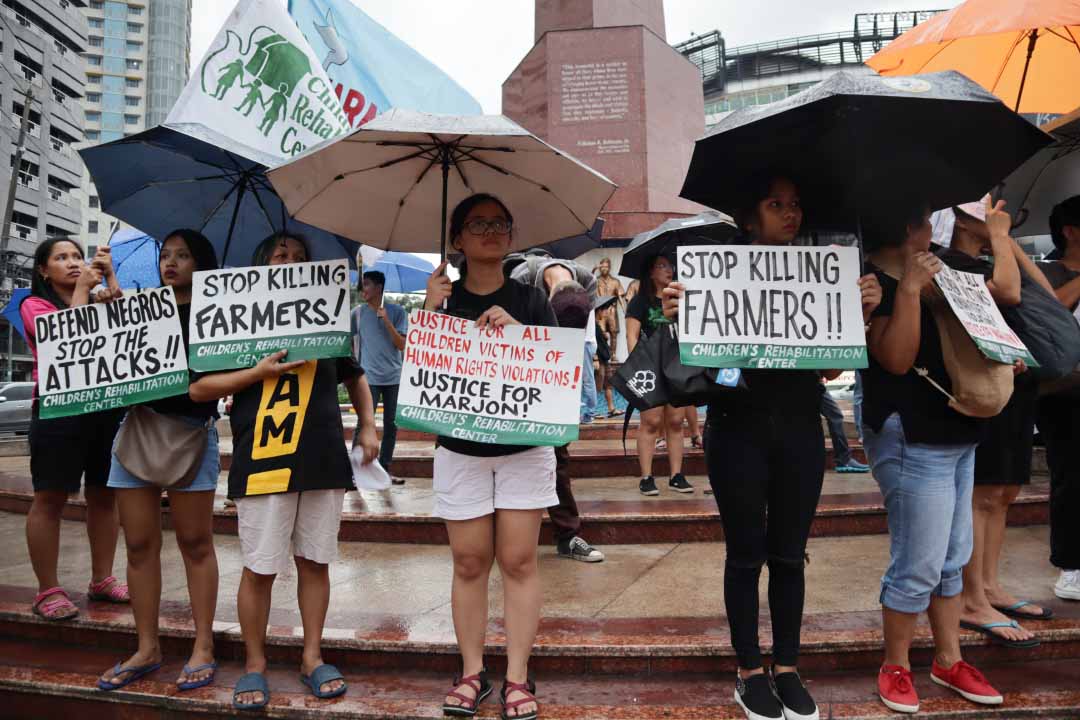 The island of Negros in southern Philippines witnessed, in what is described by activists as, its 84th extrajudicial killing on July 28, with the murder of Anaciancino Rosalita. She was murdered by unidentified gunmen in front of dozens of witnesses at a marketplace in Canlaon City in the province of Negros Oriental. This is the 15th civilian murder reported to have taken place this month on the island.

The day prior to Rosalita’s murder, on July 27, two activists, including a city councillor, were murdered in broad daylight under similar circumstances. Activists and civil society members came forward yesterday to condemn the violence, while church leaders ordered to begin a daily demonstration of ringing church bells every evening “until the killing stops”.

According to the official Facebook page of Defend Negros, in the aftermath of Rosalita’s murder, the four bishops on the island, Gerardo Alminaza of San Carlos, Julito Cortes of Dumaguete, Patricio Buzon of Bacolod and Louie Gabines of Kabankalan, issued a joint pastoral statement to toll the bells in protest.

Even though violence has been commonplace across the Philippines, Negros has been particularly affected, with activists, peasants and trade union leaders being specifically targeted by unidentified gunmen who are suspected to be proxies of the police and military. Ever since Rodrigo Duterte assumed the presidency in 2016, 84 murders have taken place on the island alone under suspicious circumstances.

The month of July has been especially violent after the insurgents of the New People’s Army, the armed wing of underground Communist Party of the Philippines, attacked an airport that is under construction in the province of Negros Oriental, killing 4 police personnel on July 19. The security personnel and their proxies are accused of retaliating, with 13 murders reported since July 22, including that of an ex-Mayor, a sitting councillor and a one-year old infant.

The deteriorating law and order situation, along with recent government orders to double down on personnel presence of the Philippines National Police and the Armed Forces of the Philippines on the island, has raised concerns of whether the government is planning to extend martial law in the area. The result has been an almost daily bloodshed and also sweeping repression of activists, church members and union leaders by security forces.