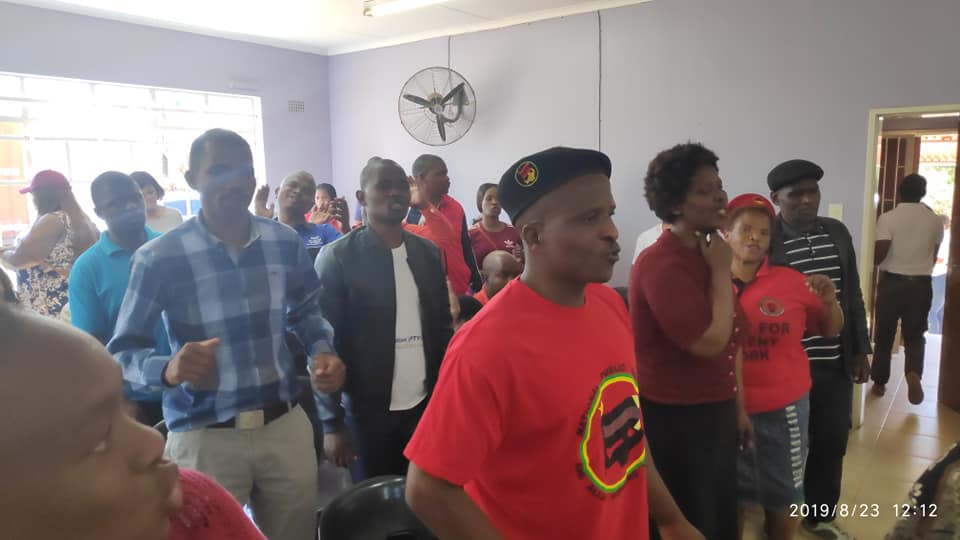 On September 17, unionized workers will submit petitions to government offices in different regions, demanding a CoLA of 7.85%. (Photo: The SNAT Platform/Facebook)

For the last three years, these public servants have received no cost of living adjustment (CoLA), which is a periodic wage hike. They are demanding a 7.85% wage hike as the CoLA, to compensate for the loss of purchasing power due to rising prices over this period.

“Workers have lost a lot because there has been no increment for the last three years. The government has said that there won’t be any this year either, but we [will agitate for] it,” Dumile Dlamini, general secretary of the SNAGAP, told Peoples Dispatch.

Members of this union, who are accountants hired in various government offices, have been earning a stagnant average wage of USD 781 per month over the last three years.

In Swaziland, which has a population of just over 13.5 hundred thousand, there only 800 government accountants, according to Dumile. 500 of them are members of the SNAGAP. Strike action by them would mean that the government will struggle to process payments in its offices.

Teachers in public schools and universities, whose salaries vary from USD 651 to USD 1,237, will strike alongside these accountants. Of the roughly 15,000 such educators in the country, 14,000 are members of the SNAT, which has been organizing teachers since 1928, when the country was a British protectorate.

The largest union undertaking the mobilization, the NAPSAWU draws its membership from a varied range of professions. The wages of its 7,687 members vary from USD 228 to USD 1,306. Having received no wage hikes over the last three years, while prices – including that of basic necessities such as electricity – have soared, workers have lost their purchasing power by 19.5%, general secretary of NAPSAWU, Thulan Hlatsh, told Peoples Dispatch. Adding to this burden, value-added tax has been increased from 14% to 15% in 2018.

“We expect [the strike to have] a great impact because our members are responsible for the day to day running of government: Immigration Officers, Hospital Orderlies, Central Transport Administration (responsible for government vehicles), Government Revenue Collection. We expect total shut down on these departments,” Thulan said.

This was followed by more campaigns yesterday in the eastern towns of Siteki and Mliba as well as in the western region of Usuthu. After further mobilizations on September 5, 6 and 12, covering regions across the country, the final mobilization will be held in the country’s second most populous city, Manzini, on September 13.

On September 17, unionized workers will submit petitions to government offices in different regions, demanding a CoLA of 7.85%. After a joint meeting of the three unions at the SNAT center in Manzini three days later, the strike action will commence on September 23. The strike will be accompanied by a number of demonstrations in different regions across the country.

This will finally culminate into what the SNAT secretary general Sikelela Dlamini said would be a “national mass action and unmatched demonstration” in the capital city of Mbabane.