On September 11, 1973 the Armed Forces of Chile occupied the capital city of Santiago and announced that “The Armed Forces and the Carabineros [National Police] of Chile are united, to initiate the historic and responsible mission to fight for the liberation of the Homeland from the yoke of Marxism, and the restoration of order and institutionality.” Following this, the Armed Forces surrounded the presidential headquarters, El Palacio de la Moneda, and began to attack it with tanks and bombed it with British Hawker Hunter jets.

When a contingent of soldiers went to knock down the door of the presidential palace, Allende supposedly surrendered and committed suicide, though the full truth of what happened is still unknown.

Salvador Allende was one of the first Marxist presidents elected by the popular vote and in his less than three years in office he carried forward important socialist policies to better the lives of Chileans such as the nationalization of copper mining, nationalization of the bank, agrarian reform, and health, education and social reforms.

The coup to take down Allende was orchestrated by the United States government as part of its Operation Condor to combat leftist and Marxist political projects in Latin America. Following the coup, the civic-military dictatorship led by Augusto Pinochet was installed in Chile which lasted 16.5 years.

The dictatorship in Chile was characterized by the systematic violation of human rights, annihilation of the political opposition and the limiting of basic freedoms. Santiago’s National Stadium was the largest detention center. Around 30,000 members of Unidad Popular (Popular Unity) the left-wing alliance behind Allende’s candidacy, were detained, tortured and over 3,000 were disappeared and assassinated.

Before his death on September 11, 1973 Salvador Allende emitted one last radio broadcast on Radio Magallanes, which was closed following the coup. As the city and the presidential palace were under siege by the Armed Forces, Allende gave his last speech to the Chilean people. He ended his speech by saying: “Workers of my country, I have faith in Chile and its destiny. Other men will overcome this dark and bitter moment when treason seeks to prevail. Go forward knowing that, sooner rather than later, the great avenues will open again and free men will walk through them to construct a better society. Long live Chile! Long live the people! Long live the workers!”

Wallmapu: “The Mapuche political prisoners are not alone” 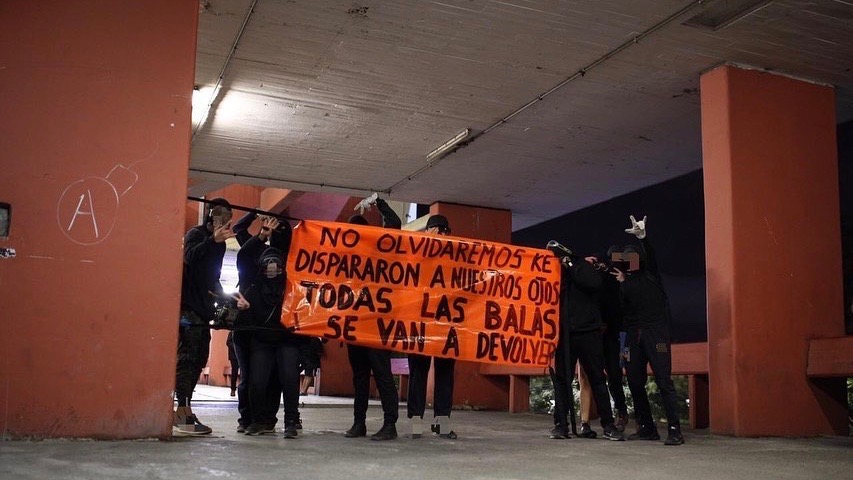