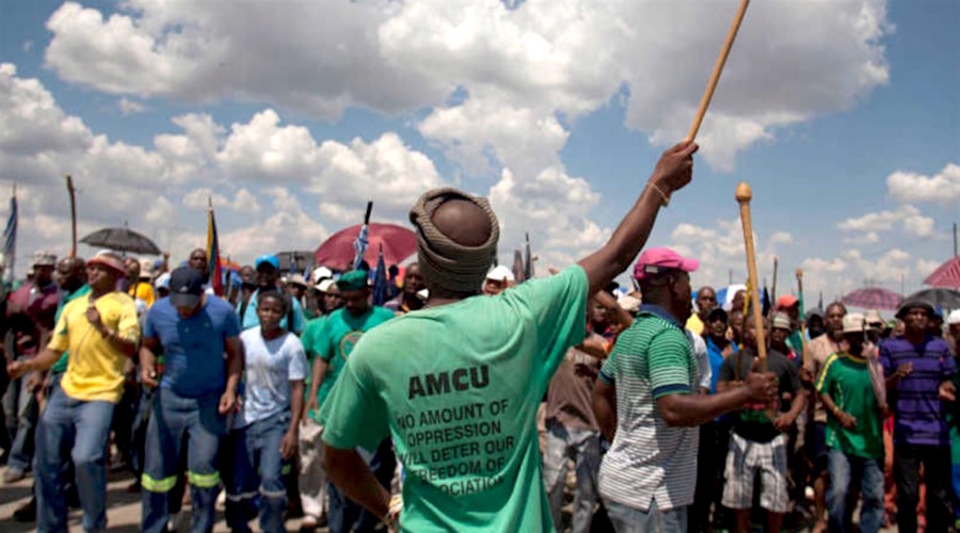 The AMCU has been fighting for the rights of South African mine workers, demanding increments in salaries and health benefits for long. (Photo: Reuters)

The largest miners’ union in South Africa, the Association of Mineworkers and Construction Union (AMCU), has declared a dispute with mining giants Amplats and Sibanye-Stillwater. Even after almost three months of negotiations, these companies have refused to address the workers’ demands satisfactorily.

The demands include a hike in wages, phased over three years, along with adjustments in the amounts sanctioned for medical aid in accordance with the level of inflation. Among other things, the workers have asked for an increase in the period of maternity leave, higher retrenchment packages and the provision of housing aid for family members of workers who have lost their lives in fatal mining accidents.

Insisting that, “these demands are realistic in the current environment and [necessary] to address the socio-economic needs of mine workers,” the AMCU has pointed towards the increasing revenues of the mining sector employers.

The sharp rise in the international market prices of the platinum group of metals, combined with the fall in the value of the South African Rand vis-a-vis USD, has brought in huge revenues for these companies. While the windfall gains have been distributed in the form of bonus payments to the companies’ executive directors, the mine workers have gained little. The AMCU argues that the miners, without whose efforts such revenues could never have been generated, deserve to be compensated justly.

The union has been negotiating on behalf of workers employed at several operations run by the three companies, Amplats, Implats and Sibanye-Stillwater. The dispute at the two plants operated by Implats has not been officially declared, as a follow-up meeting with the company is yet to be scheduled. However disputes declared by the minors’ union at two operations of Sibanye-Stillwater and six others run by Amplants, have reached a complete deadlock.

The two are among the world’s largest mining companies.

A process of internal dispute resolution, mediated by arbitrators, will now begin with the two employers. Should this process fail to reach a resolution, the union will have to approach the Commission for Conciliation, Mediation and Arbitration (CCMA), which is a dispute resolution body, established by the Labour Relations Act to replace the Industrial Court.

If this body also fails to bring the two parties to a resolution, “a certificate of non-resolution is issued, and then [we] can get a mandate from [our] members on whether to strike or not,” AMCU’s president Joseph Mathunjwa told Peoples Dispatch.

The current round of negotiations started in June, two months after a five-month long strike at Sibanye’s gold operations. The strike was called off in April, upon reaching an agreement.

Mandated by the platinum miners to negotiate on their behalf, the AMCU’s original demand following a collective bargaining conference on June 4, was an entry level salary of USD 1170 for the workers.

Today, even after seven years of the Marikana massacre, the entry level pay for mine workers remains between USD 550 to USD 690. In August 2012, over 100 miners working for the London-based company Lonmin, were shot at, with 36 being killed during a strike called to demand a minimum monthly wage of USD 860.

The union raised this amount to USD 1170 on grounds of high inflation since 2012. The increment demanded earlier could no longer cover the cost of living. However, when no progress was made during the negotiations, the AMCU, upon consultation with its members, revised its demand. Instead of a direct hike in entry-level wages to USD 1170, a raise of USD 320 was demanded, phased over three years, with wages being increased by USD 103 each year.

Even if this demand is met, at the end of three years, entry level salaries would lie between USD 860 and USD 1000, which the AMCU argues would still be below the current living wage.

“Sibanye is trying to provoke us into strike.”

Earlier this year, Sibanye also bought Lonmin, the company responsible for the Marikana massacre. For the workers of these newly acquired mines, the hikes offered are a measly USD 20 for the first, USD 24 in the second and USD 27 in the third year, respectively. Deeming such an offer as “a slap in the face”, the AMCU has said last month, “It is an insult to workers and we believe that Sibanye is trying to provoke us into strike.”

The AMCU had also demanded that skilled workers who fall under Category C and Category D1, should get a hike of 10% per annum for the next three years. In response, Amplats has offered a 5.5% hike and Implats only 5%. Sibyane has offered a 4.3% raise for its Rustenburg Platinum Mine workers and a “shockingly low.. below-inflation rate of 3.3%” for those working in Lonmin’s mines, the AMCU has complained.

While revising its demand downwards from USD 1170 last month, the AMCU had introduced a number of other demands which addressed the health, safety and job-security of the workers. Among them was the demand for a housing allowance of USD 69 per annum for the next three years. Additionally, the construction of houses for family members of those who suffered fatal mining accidents was sought. The union also demanded for adjustments in medical aid in accordance with the price inflation of medicines and healthcare, an increase in fully paid maternity leave to five months and a minimum retrenchment package of USD 4136.

Amplats and Implats have both agreed to adjust the medical aid in accordance with variations in the Consumer Price Index (CPI). Implats has also expressed willingness to concede a five month paid maternity leave. Sibyane, on the other hand, has refused all of these demands.

“It is important for the public to understand that these mines cannot cry poverty,” the AMCU stated. “Since 2016, when Sibanye diversified into the Platinum Group Metals (PGM), the price of rhodium has risen by 300% and the price of palladium by 150%.”

“Revenue is up USD 179 million, driven by higher PGM prices. Earnings Before Interest, Tax, Depreciation, Amortization is up to USD 115 million. This is an improvement of 187.5% from their 2017 earnings of USD 40 million. Net cash improved to USD 114 million from USD 103 million in 2017. Headline earnings per year is up by 160,8% from the previous year,” the miners’ union reported in its statement.

With such levels of profitability, Mathunjwa said, “we could reach a good agreement without a strike. But capitalism is brutal and does not have any sense of humor.” 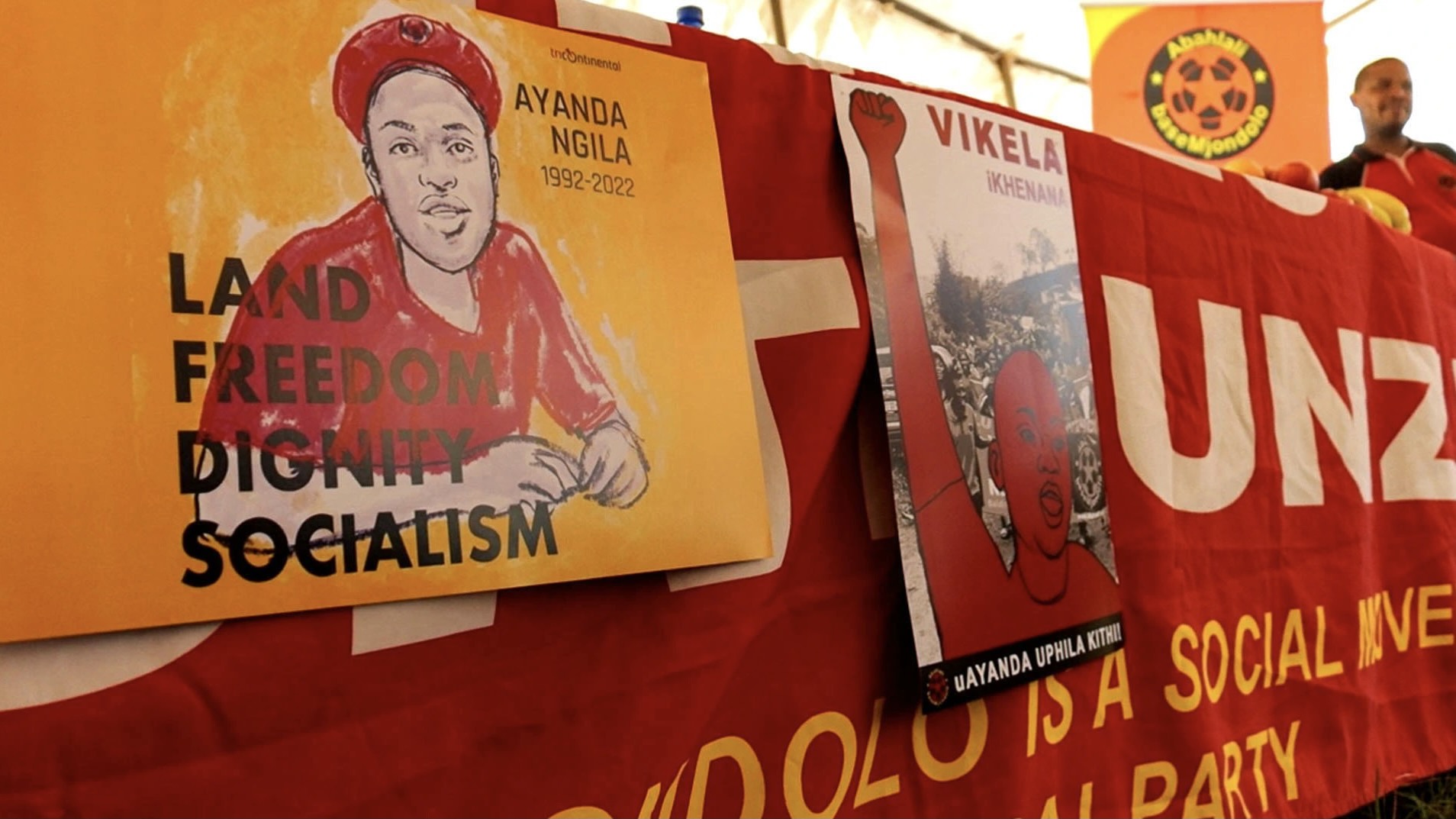