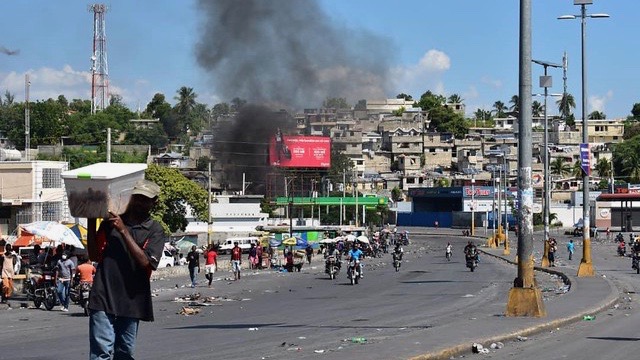 Hundreds of thousands of people took to the streets across Haiti demanding the resignation of President Jovenel Moïse. Photo: Lautaro Rivara - ALBA

On October 17, hundreds of thousands of people took to the streets across Haiti in commemoration of the national revolutionary and liberator Jean-Jacques Dessalines and to demand the resignation of US-backed president Jovenel Moïse. Several massive mobilizations were carried out across the country demanding an end to Moïse’s anti-people, corrupt and neoliberal government.

Starting early in the morning, important roads and highways in the capital city Port-au-Prince and other departments were blocked by the protesters with barricades and burning tires. Almost all civil, commercial, governmental and transportation activities were paralyzed.

Large scale demonstrations were held in the entire metropolitan region of Port-au-Prince, with Delmas, Petionville, Tabarre and Croix-des-Bouquets being some of the hottest points. At the airport crossing on Delmas Avenue, hundreds of people gathered to pay tribute to the victims of police repression in the last four week of protests. They placed photos of the victims on a wall and held a religious voodoo ceremony in their honor.

Another massive demonstration was held in the capital of the Northwest department, Port-de-Paix, called for by the Patriotic Forum, which brings together more than 60 peasants, workers, women, students, youth and human rights organizations. Similar mobilizations were carried out in all the ten departments of the country.

The day of massive national mobilization coincided with the 213th anniversary of assassination of Jean-Jacques Dessalines, an important leader of the Haitian Revolution of 1804 and considered “Father of the Nation”. Every year, hundreds of thousands mobilize on this day in commemoration of his life and revolutionary contribution to the country.

The uninterrupted anti-government protests, triggered by a fuel shortage in the country, are in their fifth week now. Since September 16, Haitians have been on the streets daily demanding that Moise resign. They see him as one of the principal actors responsible for plunging the country into deep social, political and economic crisis as well as for embezzling 3.8 billion dollars of Petrocaribe funds, offered to Haiti by the Bolivarian Republic of Venezuela to finance its economic and social development.

The fuel shortage crisis has worsened and led to a humanitarian crisis in regions where neither water nor food is reaching.

On October 16, after a month of demonstrations against his misgovernance, Moïse broke his silence and addressed the nation. He surprisingly took responsibility for the crisis facing the country, but refused to step down. “It would be irresponsible of me to resign,” he said.

In response, both sectors of the opposition, social movements and trade unions have strengthened their calls for people to continue mobilizing and demanding the resignation of Moise.

On October 17, four of the seven members of the “Dialogue Commission”  resigned. The government commission was recently created to engage in dialogue with the opposition to find a solution to the crisis. The members said that one of the conditions of the commission was that everything, including president’s resignation, would be raised on the negotiating table. However, Moïse’s speech invalidated the work undertaken by the commission, claimed the members.

In the past one month of intense protests, more than 20 people have been killed and over 200 have been injured due to heavy police repression. According to the National Network in Defense of Human Rights, over 77 people have been killed this year during anti-government protests, excluding the ones in recent weeks. On October 16, funerals were held for those who have lost their lives during the last four weeks of popular protests.

Many incidents of police repression were registered on October 17 as well. The social movements denounced these aggression and reiterated their call for the establishment of a transitional government that would implement economic reforms according to the needs of the population.

Also on October 17, the United Nations Integrated Office, named BINUH, began its one year mandate in Haiti. The new political mission aims at helping the government and police in their efforts to maintain law and order in the country. It was established by the Security Council through a resolution passed in June this year. The office is said to be the replacement for the United Nations Mission for Justice Support in Haiti (MINUJUSTH).

The UN intervention in Haiti began in 2004 when the Security Council approved the Stabilization Mission (MINUSTAH) to deal with the scenario of political violence, impunity and proliferation of crime after the second coup against the democratically elected president Jean-Bertrand Aristide. Subsequently, this was replaced in 2017 by the MINUJUSTH with the aim of strengthening the institutions of the Caribbean country. Both the MINUSTAH and the MINUJUSTH have been accused of committing atrocious human rights violations and the BINUH is nothing but a new face of international interference.

On October 4, thousands of protesters marched to the headquarters of the United Nations located next to the Toussaint Louverture International Airport in the capital, to denounce the support of the UN, the United States and the Core Group for the current government, which came into power after the fraudulent elections of November 2016.

Haiti is the most impoverished and unequal country in Latin America and the Caribbean. More than 80% of the country’s population live below the poverty line and unemployment is presently higher than 70%. Years of dictatorship, foreign military occupation, political instability, systematic corruption racism towards the nation, harsh international sanctions and the devastating earthquake in 2010 have systematically aggravated the crisis facing the country.

However, the courageous and determined people of Haiti have refused to give in. Since July 2018, the poor and dispossessed of Haiti have been organizing and mobilizing against the widespread corruption in the political system, the imposition of neoliberal measures in accordance with the International Monetary Fund policies and the allegiance of the Haitian government to imperial interests. 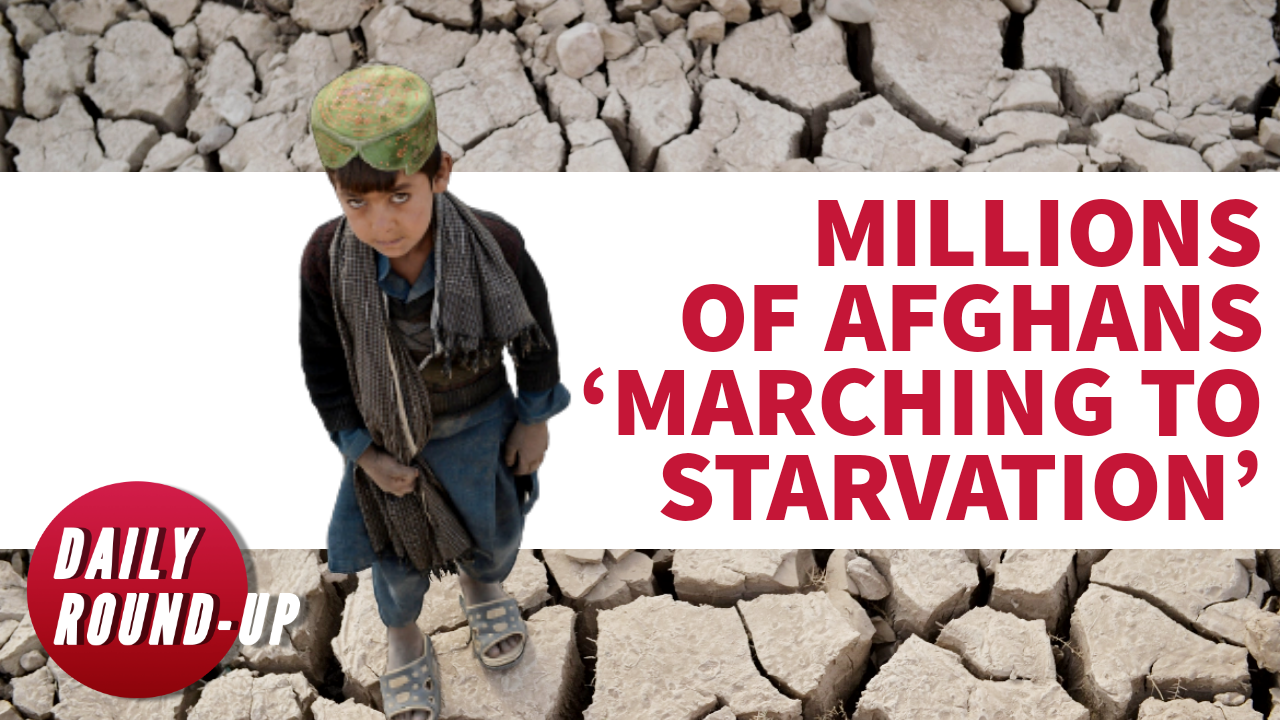 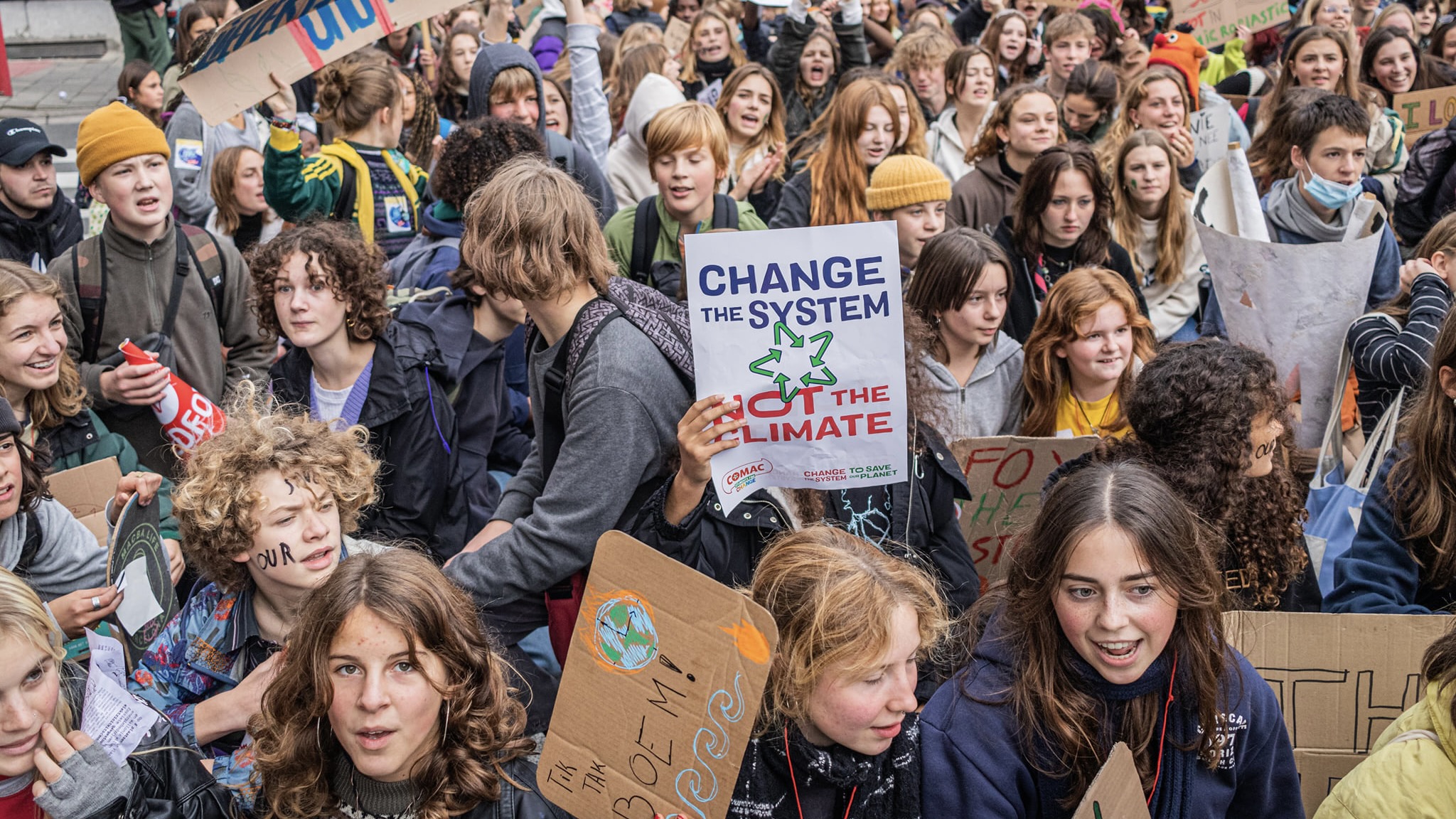 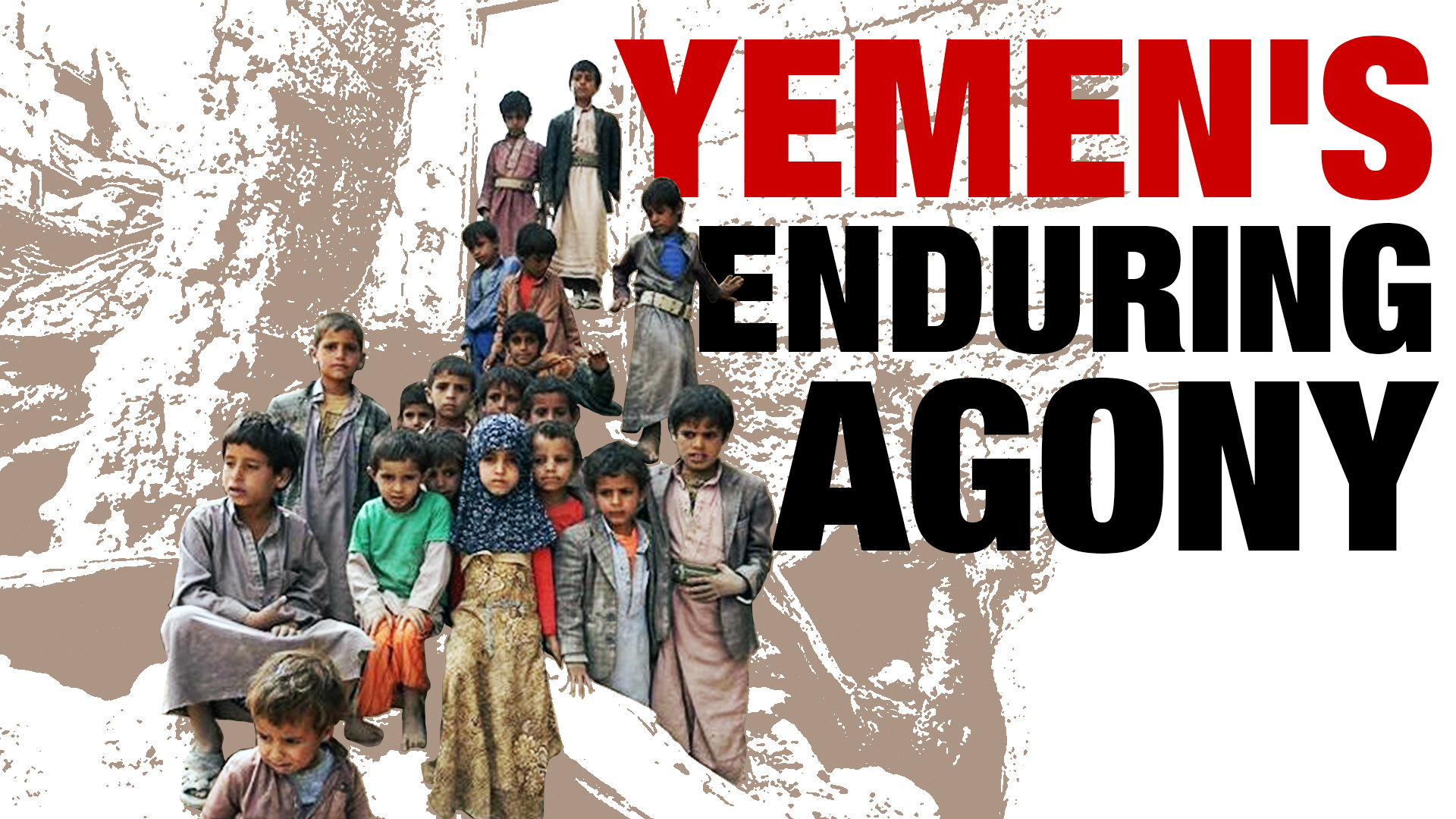