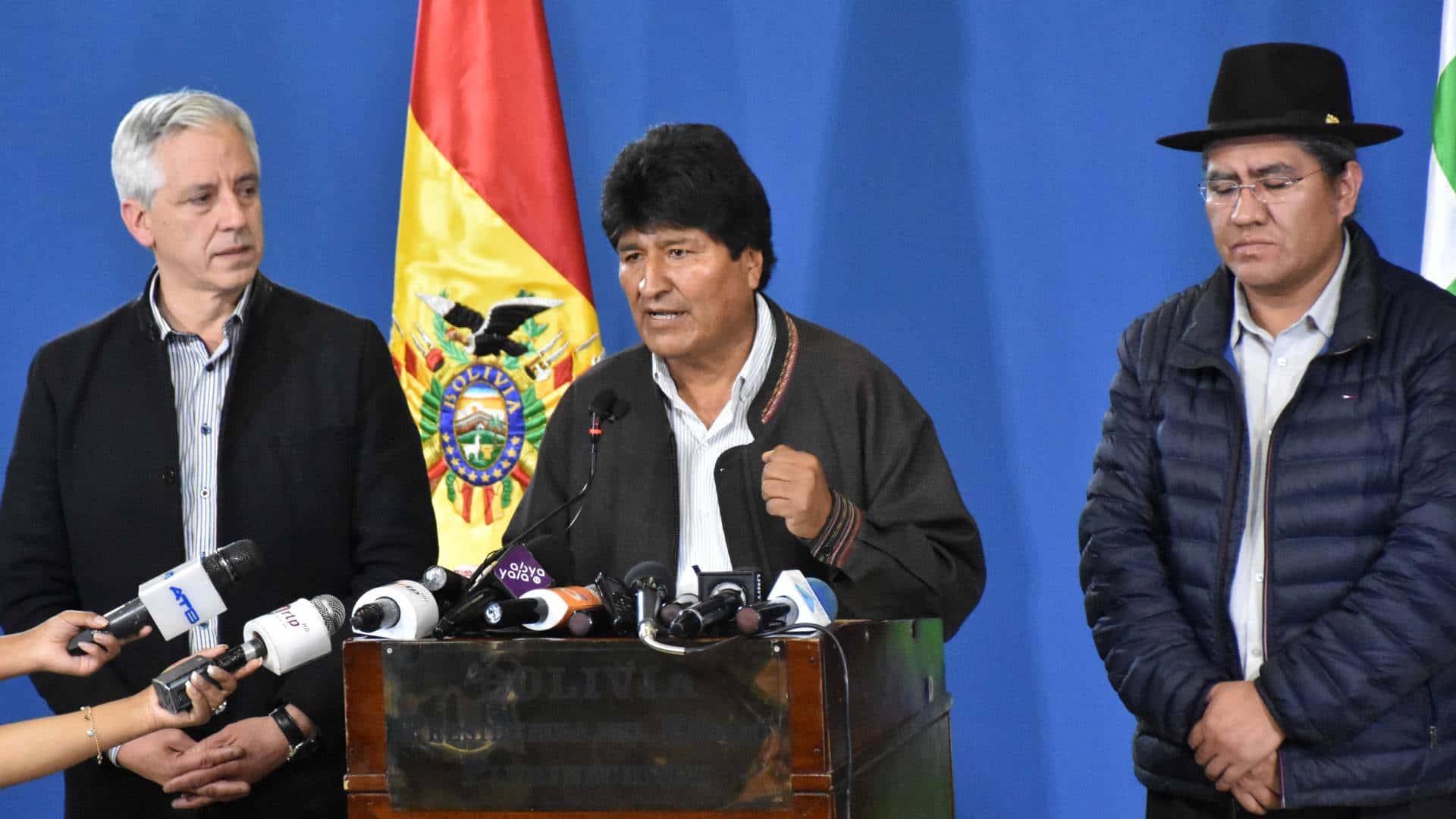 Evo Morales, Alvaro García Linera and other government authorities were pressured into resigning on Sunday amid increased violence and provocation against them and members of their party.

Political parties, politicians, leaders of people’s movements and academics have sharply condemned the civic-military coup carried out yesterday against the government of Bolivian president Evo Morales. Morales and his vice-president Álvaro García Linera, as well as ministers and other members of his government, were cornered into resigning after the right-wing opposition scaled up acts of violence and intimidation against them and supporters of the Movement Towards Socialism (MAS) and their family members.

João Pedro Stedile, member of the National Board of the Landless Rural Workers’ Movement (MST) of Brazil, termed what happened yesterday in Bolivia as “the practical application of what we read in the book ‘Hybrid Wars’ [by Andrew Korybko], which is the strategy of US capital to overthrow governments. They already tried to apply this in Ukraine, Venezuela, Colombia, Peru, and Ecuador.”

Monica Bruckmann, academic and researcher at the Federal University of Rio de Janeiro, spoke at the Peoples’ BRICS Summit and contextualized what happened in Bolivia as part of the crisis of neoliberal capitalism. She explained, “The neoliberal project does not have the conditions to maintain itself in these times. The right-wing is increasingly nervous and desperate. What happened yesterday in Bolivia is a return to the old style military coups of the 20th century.”

Leftist academic Noam Chomsky and Marxist intellectual and director of the Tricontinental Institute for Social Research Vijay Prashad decried the ongoing coup and highlighted the role of the US two days before Morales resigned. They highlighted that “the coup is driven by the Bolivian oligarchy, who are angered by the fourth election loss by their parties to the Movement for Socialism. The oligarchy is fully supported by the United States government, which has long been eager to remove Morales and his movement from power. For over a decade, the US embassy’s Center of Operations in La Paz has articulated the fact that it has two plans – Plan A, the coup; Plan B, assassination of Morales. This is a serious breach of the UN Charter and of all international obligations.”

Cuban President Miguel Diaz Canel also expressed his solidarity with Evo and the Bolivian people and rejected the coup. He wrote on Twitter “A coup in the heart of democracy and of the people of Our America in Bolivia. How and who coordinated against the only Bolivian government that worked in favor of the humble? Legality has been broken and the physical integrity of Evo, other leaders and the Bolivian people must be safeguarded.”

The Communist Party of India (Marxist) highlighted the fact that the coup in Bolivia was a continuation of similar efforts against progressive governments in countries such as Brazil and Venezuela. It expressed its solidarity with Morales and the MAS.

Argentine human rights defender and Nobel Prize winner Adolfo Pérez Esquivel wrote “The coup d’état in Bolivia is an attack against all democracies in the world. Bolivians do not benefit from the violence; who benefits is the US, OAS, and the right-wing governments, the accomplices of what happened, who are incapable of coexisting with a just, educated and sovereign Bolivia.”

Social movements, trade unions and platforms in Latin America have also voiced their indignation in the wake of the coup. Mobilizations in solidarity with Evo and the Bolivian people and against the coup have been organized or will be held in Mexico, Argentina, Venezuela, Brazil and Cuba.

MST leader Stedile emphasized the need for mobilization to support Evo both in Bolivia and across the continent, “I hope that the people of Bolivia rise up and put an end to these terrorist practices, financed by the Government of the US and with support from the other fascists that we have here in Latin America as it was explicitly evident from the praise that Bolsonaro expressed to the coup supporters…We as peoples movements in Latin America and Brazil, must give all of our solidarity and mobilize.”

The coup violence has not stopped with the resignations, which was the central demand of the opposition following their allegations of fraud in the elections held on October 20. Coup supporters continue to threaten, intimidate and incite violence against members of MAS and members of the government. President Evo Morales denounced on Monday November 11, “The coup supporters attacked my house and my sister’s house, they burned homes, made death threats to ministers and their children and they humiliated a female mayor, now they lie and try to blame us for the chaos and violence that they provoked. Bolivia and the world are witnesses to the coup.”

On Sunday, right-wing opposition forces burned the Wiphala flag, which represents the Indigenous people of the Andes and became an official symbol of the Plurinational State of Bolivia in 2008. The burning is a testament to the racist, colonial and classist nature of the coup.

While the situation in Bolivia is one of the most critical in the continent’s recent history, vice-president Álvaro García Linera’s words from 2016 offer wisdom and inspiration:

“We have difficult times ahead, but for a revolutionary, the difficult times are our force. We live from this, from the difficult, we are strengthened from this, from the difficult times. Were we not those who came from below? Are we not the persecuted, the tortured, the marginalized, of the times of neoliberalism? The golden decade on the continent has not been free. It has been a struggle of you all, from below, from the trade unions, from the university, from the neighborhoods that has given place to our revolutionary cycle. It did not fall from the sky, this first wave. We have in our bodies the traces and the injuries of struggle from the 80s and 90s. And if today, provisionally, temporarily, we have to continue to the struggles of the 80s, of the 90s, of the 2000s, welcome. This is what revolutionaries are for. 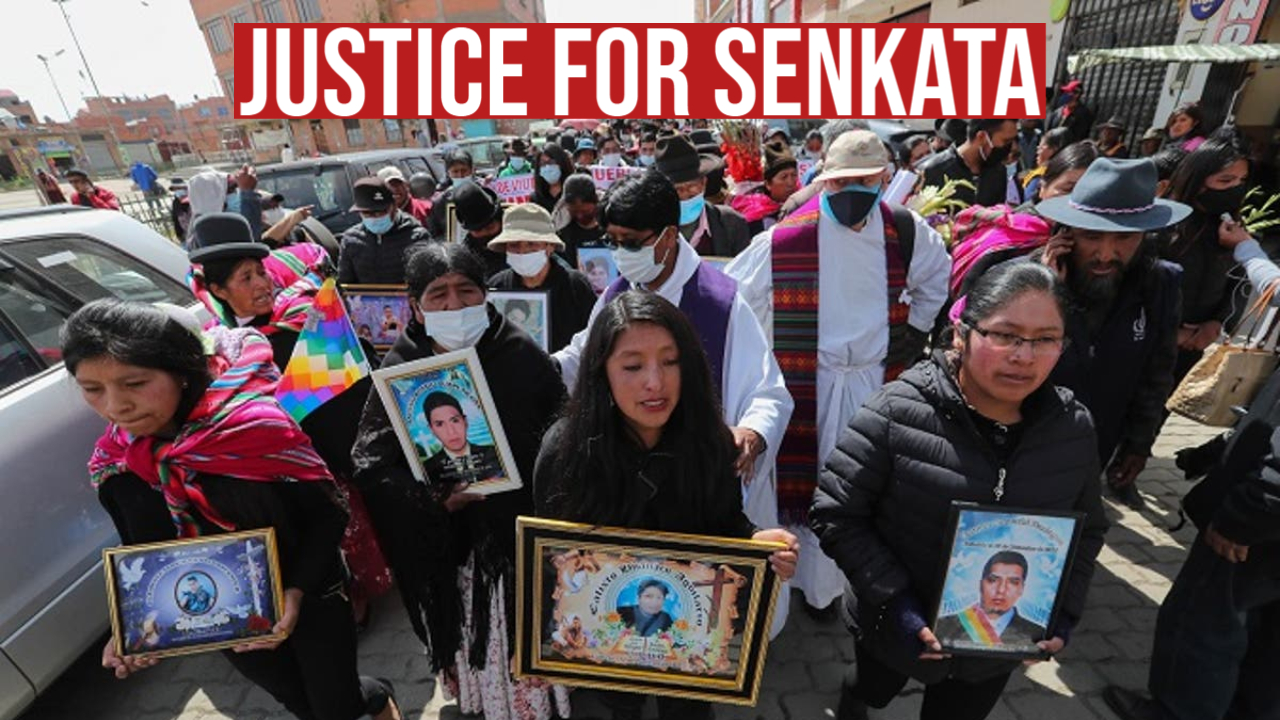 Culprit behind Senkata massacre in Bolivia in preventive detention 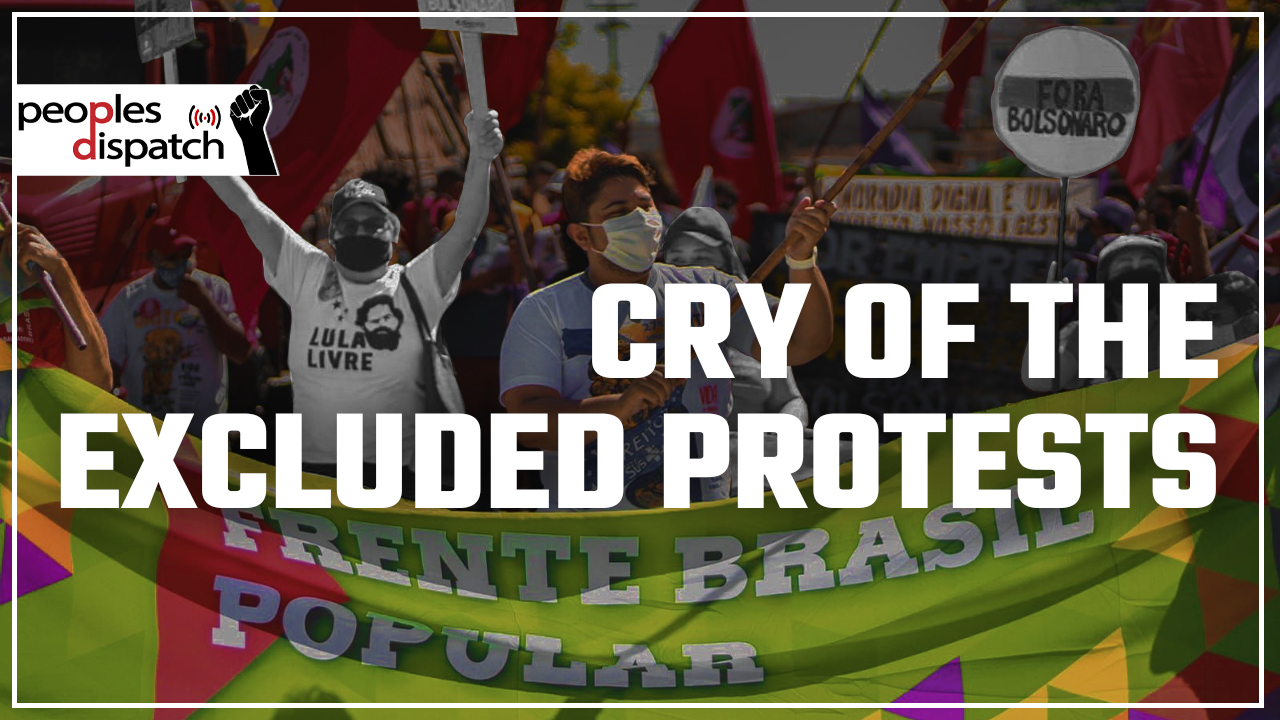