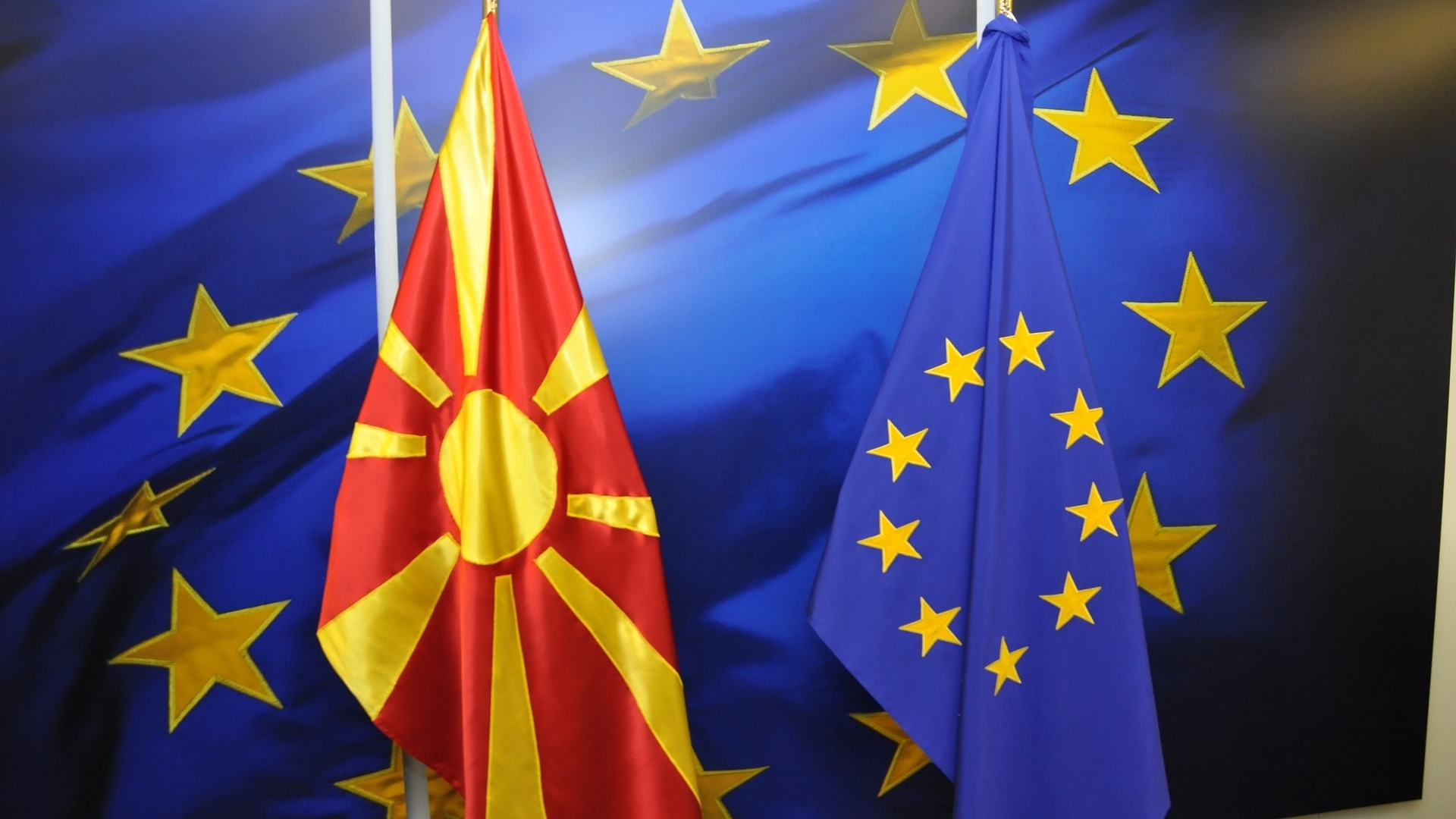 The Macedonian political elites’ only offer to the people of Macedonia for the past (almost) 30 years of post-socialist independence, has been the attainment of two goals: membership in NATO and membership in the European Union. (Photo: Independent Balkan News Agency)

The following is the statement by Recep Ismail (Haktan) on behalf of the presidium of the Macedonian Left: LEVICA on the European Union’s rejection for now of the country’s membership bid

At the last EU Summit in Brussels on October 17-18, Macedonia (as well as Albania) was disallowed from moving forward with their membership bids. This decision has been a blow to the current government, but also to the wider political establishment that has ruled the country since its independence from the Socialist Federal Republic of Yugoslavia in 1991.

The relationship between the EU and Macedonia, as well as that between the EU and the wider region – the Western Balkans, (which consists of Serbia, Albania, Kosovo, Montenegro, Bosnia and Herzegovina and Macedonia) – is complex. Firstly, Macedonia and the region are a periphery of the European core that is controlled by the EU bureaucrats in Brussels. As a result, the region for the EU countries is only a source of a cheap work force, as well as the import of a highly qualified workforce that is in deficit in economies from the EU core. Often, as is the case with Macedonia, the periphery serves as a wasteland/landfill for central EU countries. Imported diversified waste is processed or burned in these countries without any control or upholding some kind of standards. In this way, countries from central Europe can remain ecologically clean and “environmentally friendly” enough!

However, the EU rejection was also a defeat for all political elites in the country. Their only offering to the people of Macedonia for the past (almost) 30 years of post-socialist independence has been the attainment of two goals: membership in NATO and membership in the EU. Demonstrating an uncritical loyalty to these goals was a constant feature of all governments in the post-socialist period after 1991. In this period, with the help of foreign-funded media, civil society and public intellectuals, a pervasive hegemonic discourse was built around the following message: that membership to NATO and EU are synonymous with prosperity and stability; and that the political elites only need to deliver membership in these organizations, and prosperity and stability will automatically follow. In fact, the purpose of this two-fold fixation was to enable political elites to express loyalty to the West. This provided them (political elites) with a safety net which served as a smokescreen for wide and deep corruption – aimed at the enrichment of a small percentage of corrupt political/business elites at the back of the working classes. What united all political elites was the reversal of all social and economic achievements gained during socialism. This reversal entailed the privatization of common resources, whether public goods and services or nature, as well as a reduction in working rights. Factories that formed the basis of the socialist economy have been closed or privatized. All this has had devastating human, social and environmental consequences. The EU however has been complicit to this process.

The current government has been strongly supported both by the EU and the USA. Their time in power (since 2017) served to enhance and further entrench practices of corruption and mass robbery by clans of corrupt businesses/politicians on the backs and at the expense of the already shattered working class. The only novelty in terms of “policy” of this government was to change the country’s name (into North Macedonia) and the constitution. This change was imposed by the political establishment and went directly against the political will of the people, as demonstrated in a failed referendum in October 2018. Levica (Left) throughout this process was warning and campaigning against this forcefully imposed process – dispelling myths that changing the name is the only obstacle that remains on the way to the EU. The recent decision has proven us right. The country’s name, right for self-determination and history have been sacrificed in order to attain NATO membership, but NOT EU membership.