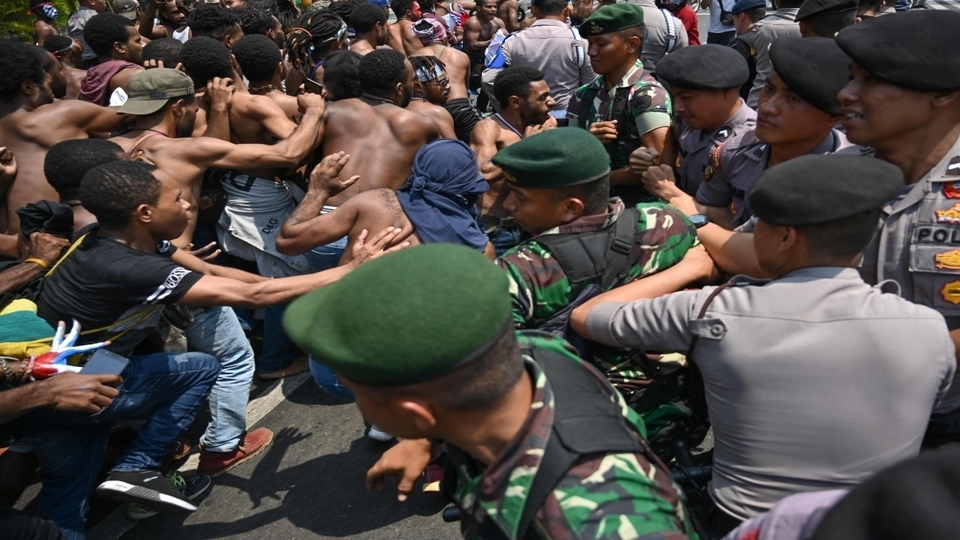 The Papuan region has been restive since August following multiple arrests and targeted racial violence against Papuan students in mainland Indonesia.

Students and activists in Papua and West Papua took to the streets on December 7, Saturday, to demand the prosecution of officials accused in the five-year-old Paniai mass shooting case. On December 7, 2014, Indonesian security personnel opened fired at a protest rally in Paniai, killing five Papuans.

The protesters demanded that the Indonesian president, Joko Widodo, deliver on his election promise to resolve the Paniai case. Widodo had promised justice to the Papuan people at a Christmas celebration held in Paniai shortly after the massacre, shortly after he was elected as president. However, five years hence, little progress has been made in the case.

Ambrosius Klangit, who coordinated the demonstrations that were held on the fifth anniversary of the massacre, told the media that prosecution proceedings have not begun against any of the officials accused in the case. As per Jakarta Post, he blamed the Widodo government for being responsible for greater human rights violations in the Papuan territories since the Paniai massacre.

Protesters on the streets chanted “Papua doesn’t need more security, Papua needs Justice,” pointing to the increasing militarization of the region, with the government deploying hundreds of security personnel amid the long-brewing unrest.

The provinces of Papua and West Papua have witnessed massive unrest since August, following the racist attacks and police repression against Papuans in the mainland regions of Indonesia in the days leading up to the Indonesian independence day on August 17. Hundreds of Papuans were arrested and state violence led to the death of at least two dozen people. Over 10,000 people were displaced.

In the latest round of repression, 110 Papuans were arrested following the annual demonstrations for the Papuan Independence Day and for raising the Morning Star flag, a symbol of Papuan nationalism. Papuans have historically commemorated December 1 as their Independence Day to commemorate the beginning of Free Papuan Movement or OPM in the early 1960s. The arrests began on December 1 and have continued since.

According to exiled human rights advocate Veronica Koman, most of the arrests have taken place in Fakfak and the provincial capital, Jayapura. The police have charged at least 20 of those arrested with treason, which carries a life sentence. The majority of those arrested are students.