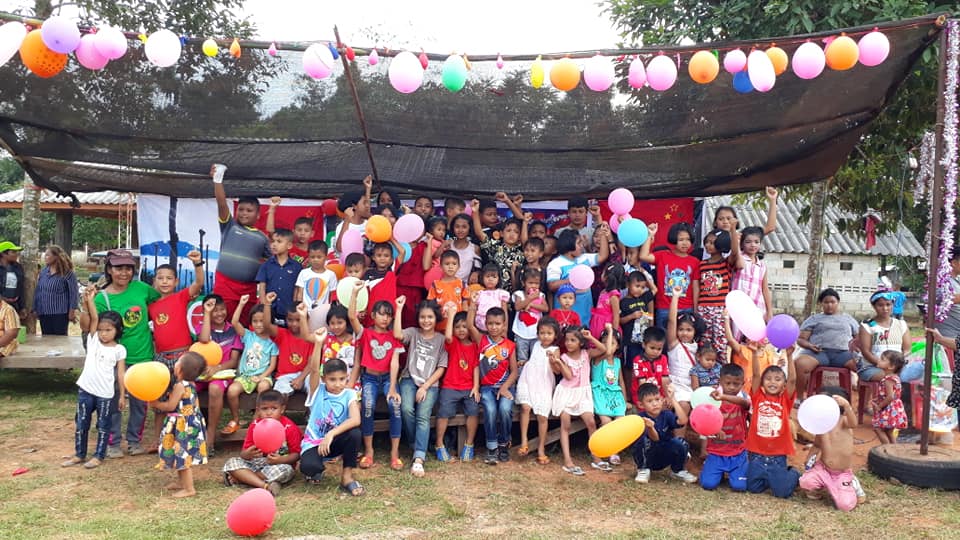 Children of SPFT militants at the Children’s Day event in 2019 (Photo: SPFT)

On January 11, the landless peasants’ organization, Southern Peasants’ Federation of Thailand (SPFT), organized a Children’s day scholarship drive for the children of its militants. The event was conducted in various SPFT land occupation communities in Surat Thani province.

The SPFT was officially established in 2008 when farmers began occupying the land held illegally by a palm oil company with the aid of the mafia. They have since established various land occupation communities in Thailand’s Surat Thani province, and are engaged in the collective ownership and farming of the land.

“Our children are the sons and daughters of landless workers who fight for land rights, workers’ rights, human rights and democracy. Children in the community don’t have the opportunity to access proper technology, good education or welfare,” said Charoenkwan Chuntarawichit of the SPFT, while speaking to Peoples Dispatch.

“Such initiatives are organized to ensure that these children, who are our future, are not deprived of good education and welfare. We also want to ensure opportunities for the children of those SPFT members who were assassinated while building the movement,” Chuntarawichit added.

In the past 11 years, many members of the SPFT community have been assassinated by goons of the local land and palm oil mafia. With community members continuing to face constant threats, it is the children who bear the brunt of the suffering. The hostile attitude and intimidation by the military-run Thai government also prevents children from leading a normal life.

Struggle for land rights and democracy

Since 2008, the SPFT has organized various land occupation communities in Surat Thai on the basis of the principles of collective land rights and ownership, solidarity, participatory democracy, collective farming, agroecology, cooperatives, community education, and community care and well-being.

The SPFT movement began by helping the Thai authorities investigate an illegal land concession by the Jiew Kang Jue Pattana palm oil company. The probe revealed that the company was holding 1,443 rai (230.88 hectares) of land illegally. The SPFT demanded that this land be allocated to landless peasants. In November 2008, the organization decided to occupy the land as the government had failed to take effective action. That year, SPFT militants occupied approximately 620 rai (99.2 hectares) of land held illegally by the palm oil company.

On November 19, 2012, two women members of SPFT, Montha Chukaew, 50, and Pranee Boonrat, 54, from the Khlong Sai Pattana community in Surat Thani province were shot and killed. They were traveling to the local market when alleged henchmen of a palm oil company management killed them and mutilated their bodies. There have been no convictions in the case so far.

Over the years, despite the assassination of their fellow militants, threats and intimidation, the peasants have continued their struggle seeking the just distribution of land.

The SPFT has also been active in the campaign for the restoration of democracy in Thailand, and is fighting against the neo-liberal policies of the current regime. The military usurped power in Thailand in a 2014 coup and began ruling the country through the National Council for Peace and Order (NCPO). The NCPO then abolished the constitution and banned political activism in Thailand. While it was dissolved after the 2019 general elections, critics note that it continues to function under the Internal Security Operations Command (ISOC) chaired by the prime minister.  The ISCO is an arm of the Thai military, notorious for its brutal suppression of communists and activists during the 1960s and 1980s. 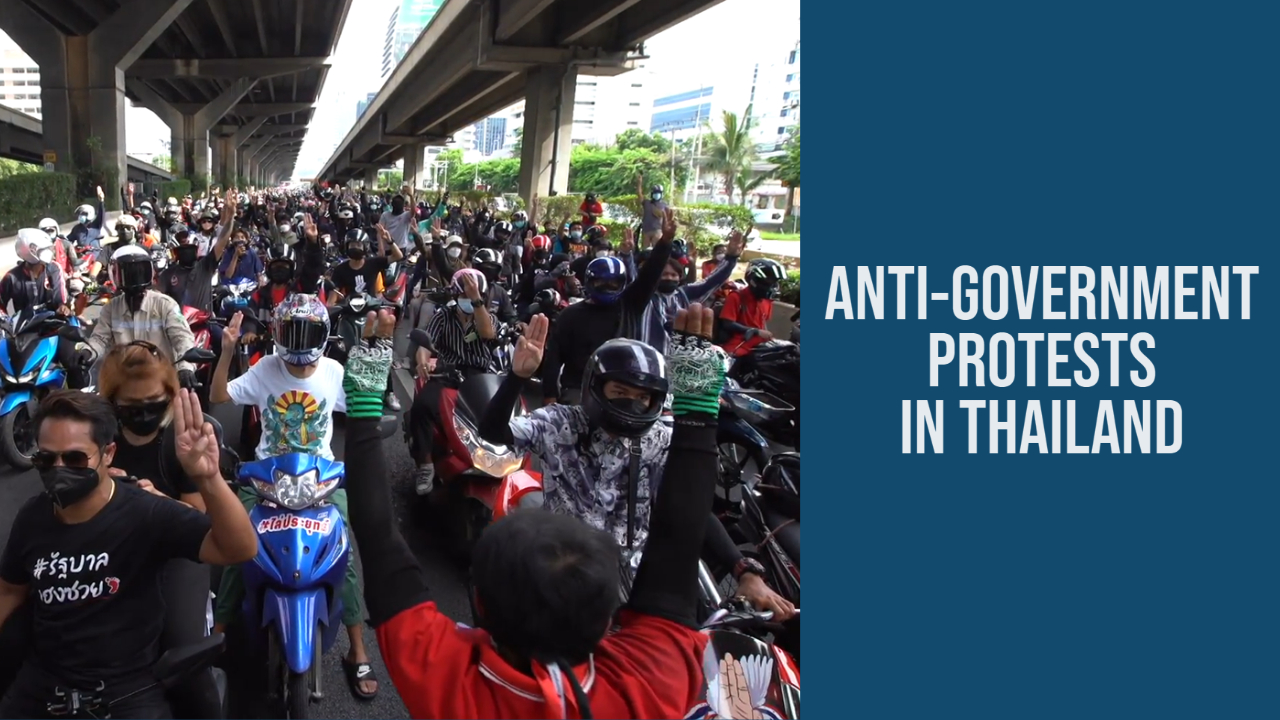 Thousands protest against Thailand government’s mishandling of the pandemic 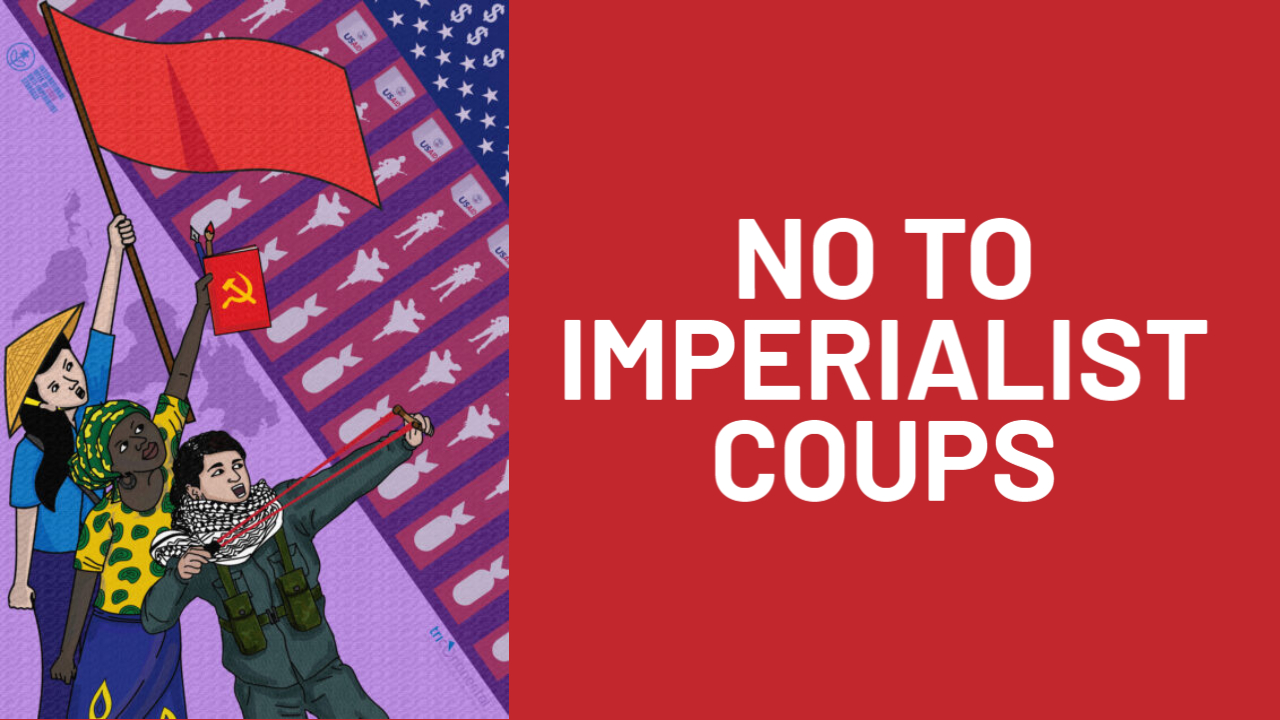