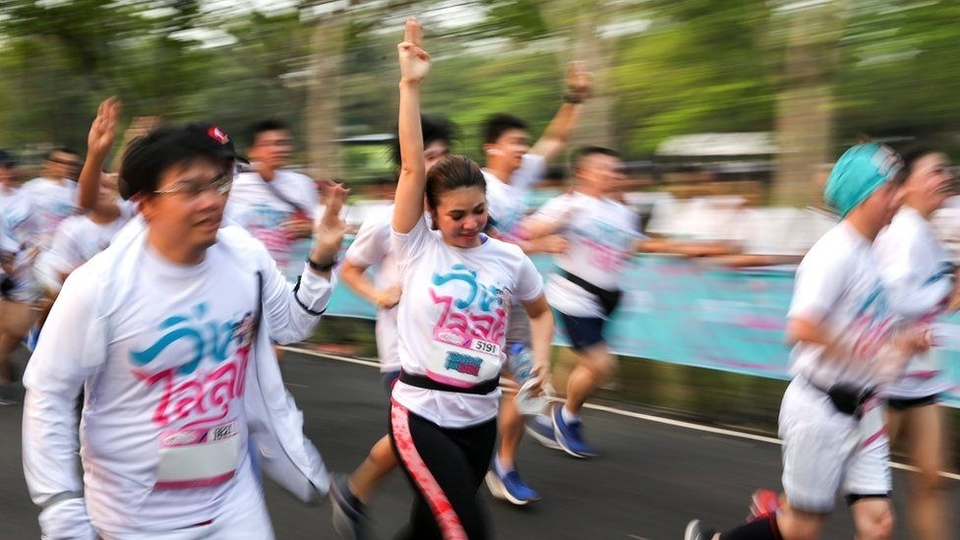 Participants run while displaying the three finger salute as a mark of resistance and unity, at the ‘Run against Dictatorship event in Bangkok on Sunday.

On January 12, Sunday, thousands joined the ‘Run against Dictatorship’ event organized in various parts of Thailand to demand the restoration of democracy and an end to the rule of former military general, Prayuth Chan-ocha. The participants in the run displayed the three finger salute, adapted from the film Hunger Games, which has become popular in Thailand as a symbol of resistance and unity against the military junta which took over power in the country post the 2014 coup.

General Prayuth was the architect of the 2014 coup which overthrew the caretaker government of Yingluck Shinawatra. After very delayed general elections in 2019, Prayuth was nominated as the prime minister by the National Assembly, in which all the senate members were appointed by the former military junta.

On Sunday, the biggest ‘Run against Dictatorship’ event was held in Bangkok, which drew around 13,000 participants. Bangkok’s Wachirabenchathat (Roi Fai) park reverberated with ‘Prayuth, get out!’ and ‘long live democracy’ slogans. The event began with a famous anti-dictatorship rap song composed by Rap against Dictatorship. The song was once heavily attacked by the military junta as being ‘against the country.’ Similar events were held in Chiang Mai, Pattani, and Chachoengsao.

Thanawat Wongchai, former president of the Chulalongkorn University Student Council and one of the organizers of the event was arrested (and later released) in February 2019, along with four other activists, for demanding that General Prayuth step down.

Organizers of the ‘Run Against Dictatorship’ have sharply criticized the Prayuth regime for not restoring full democratic rights in the country, even though the military led National Council for Peace and Order (NCPO), which had ruled the country since coup in 2014, was abolished after the 2019 elections. Critics note that the NCPO and its anti-people policies continue to function under the Internal Security Operations Command (ISOC) chaired by the prime minister.  The ISCO is an arm of the Thai military, notorious for its brutal suppression of communists and activists during the 1960s and 1980s.

The innovative political-athletic event was not spared from the usual threats and intimidation from state security agencies. Thai authorities also attempted to block the ‘Run Against Dictatorship’ events in at least three provinces, according to Prachatai. The Bangkok event was even forced to relocate from Thammasat University.

Thammasat University is an important site of resistance against military dictatorships and right-wing politics. In October 1976, thousands of students from various universities gathered at Thammasat to protest against the return of former military dictator Thanom Kittikachorn to Thailand from Singapore. On October 6, Thai forces along with right-wing paramilitary forces attacked students at Thammasat University and massacred more than 100. Many bodies were publicly mutilated. More than 3000 students were arrested. Kittikachorn, whose regime was marked by brutal anti-communist repression, was overthrown in mass uprising in October of 1973 where students played a central role.

Sunday’s event comes on the heels of a massive anti-government rally held on December 14, 2019 organized by Future Forward Party (FFP) leader Thanathorn Juangroongruangkit against attempts by the Prayuth regime to ban his party. It was considered to be the biggest mobilization to take place in the country since the protests that broke-out post the 2014 coup. Thousands gathered at Bangkok’s skywalk that links the National Stadium and Siam BTS stations.

The FFP was formed prior to the 2019 elections and managed to win a considerable number of seats (81 initially, now 76) in the Thai national assembly. The party’s base is mostly the younger generation, and due to FFP’s anti-military dictatorship stance, many people’s movement in Thailand backed the party in 2019 elections. 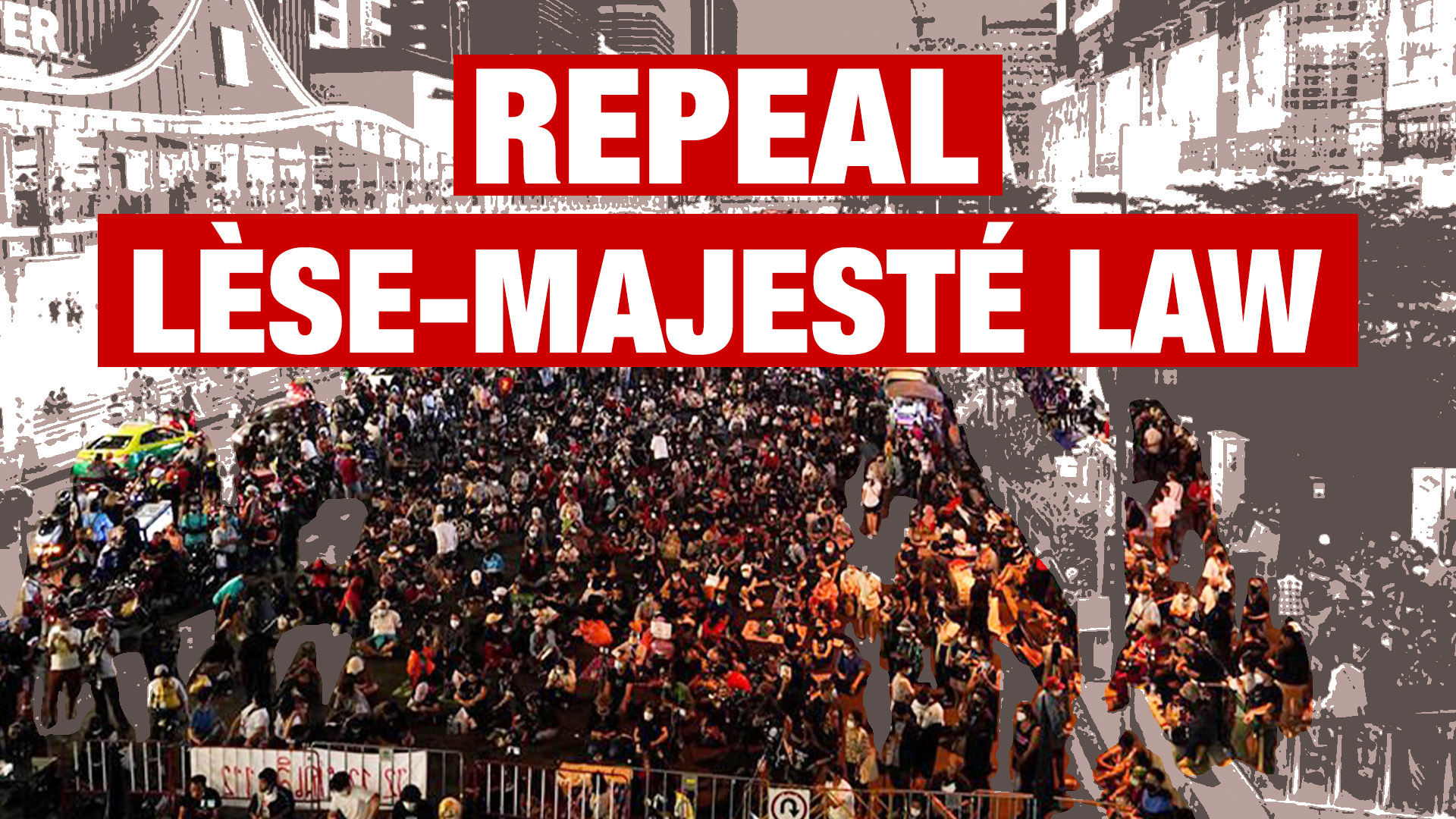