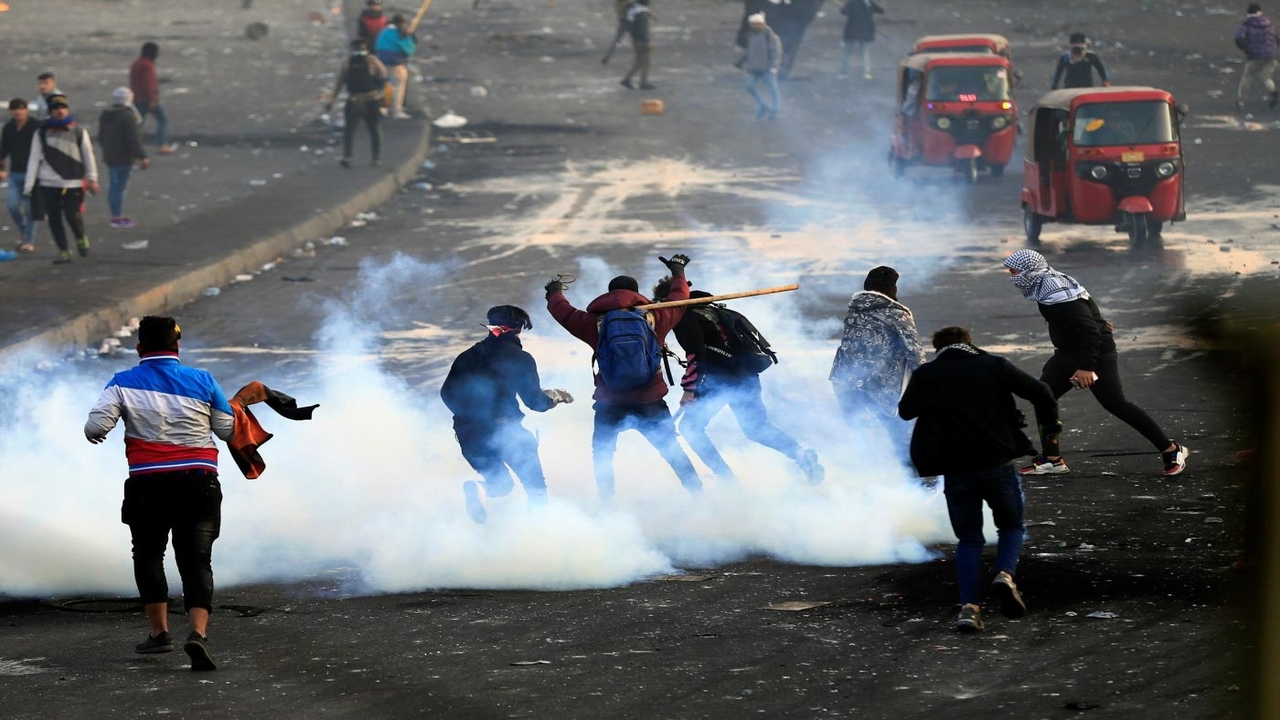 As anti-government agitations continue in Iraq, at least 10 protesters were killed and hundreds wounded in two days. The Iraqi Independent High Commission for Human Rights (IIHCR), in a statement on January 21,Tuesday, said that two security officers were also killed and 159 people were injured in the violence that followed a crackdown by the security forces against the protesters.

The commission said that four protesters were killed in the capital Baghdad, three in Basra, two in Karbala and one in Diyala, with the number of those wounded in these cities being 85, 45, 18 and 3, respectively. Eight others were reported wounded in the Dhi Qar province in southern Iraq as well. 24 security personnel have also suffered injuries.

The protests in Iraq which have been going on since October 1, 2019, have seen the participation of hundreds of thousands of Iraqis. The protests began with the demand for the resignation of the government, as well as systemic change. The protesters have sought the appointment of a non-political prime minister, an end to the rampant corruption, substantial improvement in the public services, and jobs for the youth in a country where unemployment is rampant.

The protests led to the resignation of the prime minister, Adel Abdul Mahdi. Mahdi resigned after Shia cleric Ayatollah Ali al-Sistani called for him to step down and make way for a new prime minister acceptable to the protesters. He is currently serving as caretaker prime minister.

The countrywide protests have been met with a violent and brutal crackdown by the Iraqi security forces, leaving more than 520 people dead and over 25,000 injured. Human rights organizations have repeatedly accused the security forces of using excessive force and violence in dealing with the protesters, with the IIHCR asking the government to protect the peaceful protesters and ensure their right to freedom of opinion, expression and peaceful demonstration.