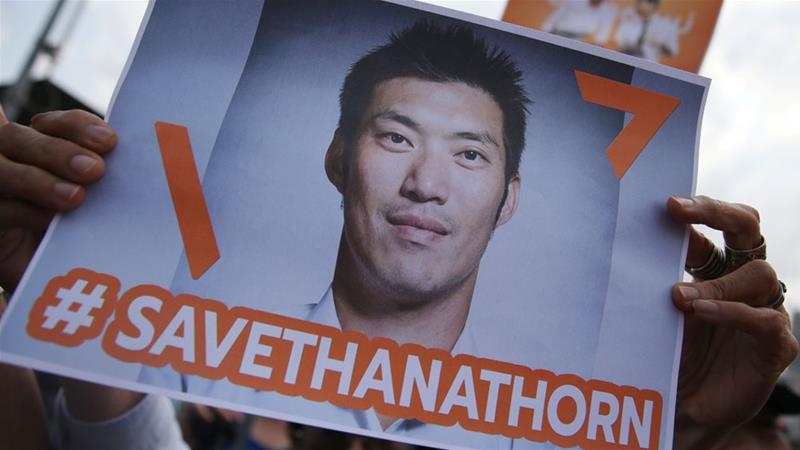 After the dissolution of the Future Forward Party, founder hanathorn Juangroongruangkit may also face prosecution and a potential jail term.

On February 21, the Constitutional Court of Thailand outlawed the country’s third largest political party, the Future Forward Party. The party, led by the young entrepreneur Thanathorn Juangroongruangkit and lawyer Piyabutr Saengkanokkul, was charged with breaking finance laws during the general election held last year in March. Both Thanathorn and Piyabutr have been banned from contesting elections and have been disqualified from their posts as members of parliament.

The party was accused in a complaint, filed in May 2019, of breaking finance laws after Juangroongruangkit loaned his own party over 191 million Thai baht (approximately USD 6 million) during the election campaign. The Election Commission of Thailand (ECT) deemed the loan to be against campaign regulations and argued for the immediate dissolution of the party in December.

The law regulating finances of political parties caps donations from individuals at 10 million baht (approximately USD 317,000). The ECT has deemed Thanathorn’s transaction to the party as a donation. This is despite the fact that both he and the party have argued that it was a loan to be repaid over a longer time period. The ECT can now proceed to file criminal charges against both Thanathorn and Piyabutr in a civilian court, where a conviction could lead to 10 years in prison.

Supporters of the Future Forward Party have claimed that the dissolution is politically motivated. The party was formed in September 2018 when several people’s movements and pro-democracy organizations came together for an alternative to not only the junta government of prime minister Prayut Chan-o-cha, but also to political parties led by those close to the Shinawatra family.

In last year’s elections, the Future Forward Paty made an impressive debut, winning 81 seats in a hung parliament, and over a sixth of the popular votes. The performance of the party led to Thanathorn being nominated as the joint opposition candidate for the post of prime minister. The opposition parties lost the prime ministerial vote to Prayut Chan-o-cha, who had the backing of the military-controlled Senate and smaller parties that were pushed into the parliament through last-minute changes in the minimum number of votes required for legislative representation.

Speaking to the New York Times, Rangsiman Rome, an activist and Future Forward member, said that “(t)here is an intention to make the Future Forward Party vanish from Thai politics… We have been hit all the time, by so many cases, some of them so weird.”

Ever since the vote, the Future Forward Party has been under constant attack by the military-controlled government, with several cases filed with the ECT. One of the cases against the party charged it with conspiracy to overthrow the Thai monarchy, based on the accusation that the party’s symbol, which is a triangle with two vertices facing upwards, resembled the sign of the ‘Illuminati’ and hence symbolized some sort of subversion. This was among some of the complaints to be dismissed as the cases reached the constitutional court in January.

On the eve of the verdict, the Association of Thai Democrats Without Borders released a statement arguing against what they called the looming dissolution of Future Forward, indicating that the nature of the case was widely known. The group of mostly overseas or exiled Thai activists and intellectuals deemed the case to be politically motivated, citing the rushed manner in which the case was taken up by the court and the lack of proper hearings.

This is not the first time that the Constitutional Court has dissolved a political party that stood against the military’s intervention in civilian rule. The court had previously dissolved the coup-deposed prime minister Thaksin Shinawatra’s Thai Rak Thai in 2007, shortly before the general election. It had also dissolved the Thai Rak Thai’s successor, the People’s Power Party, in 2008, barely a year into its tenure in government. The court also dissolved the government of Yingluck Shinawatra in 2014, shortly after the general election that year, invalidating the results even before they were released.

Recently, the same court dissolved the Thai Raksa Chart Party, reported to be closely associated with the pro-Shinawatra Pheu Thai Party. This was for nominating ex-princess Ubolratana as their prime ministerial candidate, right before the 2019 election. This is despite the fact that the law only prohibits serving members of the royal family from contesting elections.