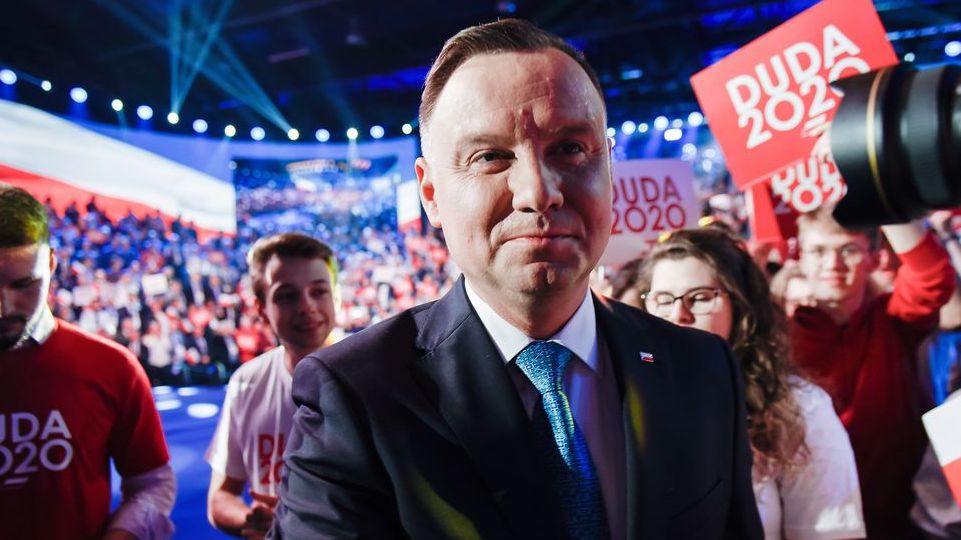 The ruling right-wing Law and Justice (PiS) led-government’s move to conduct presidential elections in Poland has come under severe criticism. The polls are scheduled for May 10. This is despite the COVID-19 pandemic in the country. The PiS is looking to capitalize on the relatively high approval ratings of their candidate, incumbent president Andrzej Duda. Major opposition groups and progressive sections have already asked the government to postpone the elections until the COVID-19 crisis is under control.

A proposal by the government to conduct a postal vote fell through for the second time on April 6, Monday.

The Communist Party of Poland (KPP) said the government was already late in announcing crucial measures to fight COVID-19. These measures will be effective only when a state of emergency is declared in the country – something the government wants to avoid as it would lead to the cancellation of the presidential elections.

Bartosz Bieszczad from the Communist Party of Poland (KPP) told Peoples Dispatch, “Despite the raging epidemic, the Polish parliament, led by the neoconservative PiS party has decided to hold presidential elections on May 10. Due to the current coronavirus restrictions, candidates are hindered from carrying out their campaigns.”

He added,  “The response of the government has anyway been delayed and inefficient. The Polish state, which has been continuously dismantled since 1989 by every government, is unprepared to face the reality of the pandemic. It is likely that the following months will expose its gross inefficiency. The PiS is aware of this and the fact that the people will turn against them soon. So they have advanced the elections.”

“The decision has already seriously disrupted the Polish political scene, including within the ruling party itself. Some local authorities have refused to participate in preparations for the elections and several of the presidential candidates have already called for postponement. In the event that these elections are held, we advise the Polish people to stay home and boycott the elections,” he added.

The KPP called for the immediate declaration of a state of emergency, postponing the election and imposition of protective measures. It has demanded the nationalization of strategic companies and the creation of a special sanitary services and economic planning authority, which will coordinate the production and supply chains of products for health services and other necessities.

Earlier this week, center-right Civic Platform candidate Małgorzata Kidawa-Błońska announced the suspension of her campaign and said, “If the vote goes ahead, the government will be responsible for any citizens who fell ill.” Around 40 NGOs called on the prime minister to postpone the polls and declare an emergency.

In a statement, the Polish trade union WZZ WALKA also demanded that the government postpone the elections.

As of April 5, over 3,830 people have contacted COVID-19 in Poland and 98 people have died. The PiS was re-elected in the October 2019 general elections but lost its majority in the upper house of parliament, Hence, having a supportive president is key for the government.