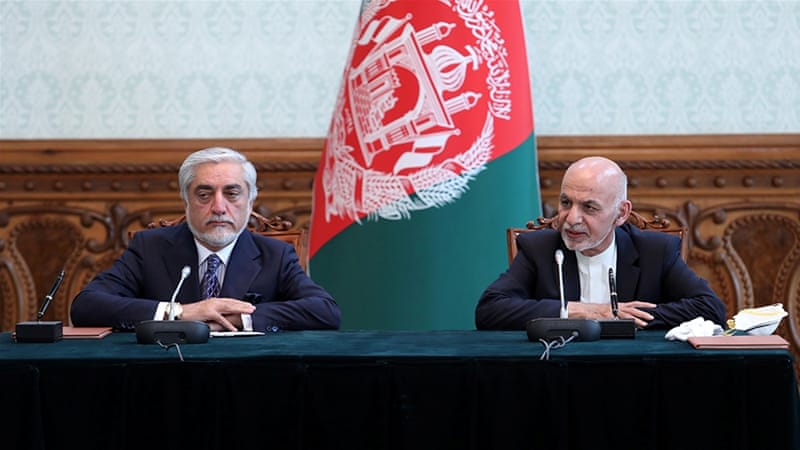 On May 17, Sunday, Afghan president Ashraf Ghani and his political opponent Abdullah Abdullah entered into a power sharing deal. The deal is widely deemed to be critical for maintaining the power balance in the country. The deal comes after months of political deadlock following Ghani’s re-election which was challenged by his main rival. Abdullah, in fact, vowed to set up a parallel government. This had led to a political stalemate and a country with two administrators.

As per the new deal, while Ghani will continue as the president, Abdullah can choose an equal number of ministers in the government, besides leading the peace talks with the Taliban.

President Ghani termed the agreement “a historic day for Afghanistan”. In his speech following the agreement, he said: “We will share the burden and our shoulders, God willing, will be lighter.”

Both Ghani and Abdullah had claimed they won the previous presidential elections last September, and held their own inauguration ceremonies. Even though the Afghanistan Independent Election Commission had declared Ghani victorious, Abdullah alleged that the election results were fraudulent and vowed to form a parallel government.

After signing the deal, Abdullah, who previously served as Afghanistan’s chief executive, said that it would help in achieving a “more inclusive, accountable and competent administration”. “We now need to come together as a nation, strive to seek solutions that are practical,” he tweeted.

The political breakthrough has come at a crucial time when the country faces the threat of the COVID-19 pandemic, along with intensified terror attacks.

In April, the Taliban had dismissed intra-Afghan talks on the grounds that such negotiations were “fruitless”, after president Ghani initially refused to release the exact number of prisoners as demanded by the Taliban. The group has also alleged that the Afghan government is deliberately delaying the peace process as per the decree and peace accord signed between the Taliban and the US on March 1.