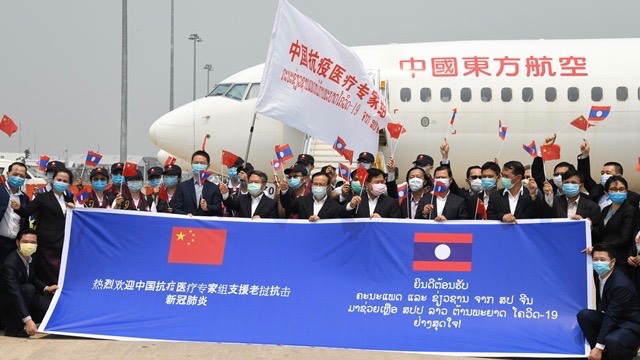 On June 11, Laos (Lao People’s Democratic Republic)—a country of 7 million in Southeast Asia—said it had temporarily prevailed over COVID-19. Prime Minister Thongloun Sisoulith said that his country had “gained an important victory in the first campaign against this vicious enemy.” The first cases of COVID-19 detected in Laos were registered on March 24; a total of 19 people had been infected with the virus by April 12, and—after 58 days of no new cases—the last patient was discharged on June 9. There were no new cases of COVID-19 in Laos since April 12 (93 days of no new cases as of July 14). There have been no deaths from COVID-19 in Laos.

Laos is a landlocked country, surrounded by the People’s Republic of China, the Socialist Republic of Vietnam, Myanmar, Thailand, and Cambodia. It shares a 423-kilometer border with China, across which traders and tourists routinely travel. Nonetheless, Laos—like its neighbor Vietnam—has had no deaths from COVID-19. Laos has been particular about the possibility of transmission through travelers who have crossed from neighboring countries (which is why they are being held in quarantine centers for two weeks).

How Did Laos Do It?

News came from Wuhan, China, in the first week of January of the spread of a new coronavirus. On January 6, Laos’ Prime Minister Thongloun was in Beijing for talks with China’s President Xi Jinping and Premier Li Keqiang, where their conversations were mainly about economic development. In particular, the leaders of the two countries discussed the China-Laos railway, which has been in the works since 2016 and will run for 414-kilometers from Vientiane (Laos’ capital) to Boten (on the China-Laos border). At the time, too little was known about the coronavirus for it to have been a likely focus of the meeting. Until January 20, there was no clarity that this virus could be transmitted from human to human. As soon as the World Health Organization declared a public health emergency of international concern on January 30, the government of Laos set up a Taskforce Committee for COVID-19 Prevention and Control to monitor the virus and prevent its spread in Laos.

The first sign of trouble came on February 1, when Zhang Biao, who had recently visited Laos, was found to have the virus upon his return home to Chongqing, China. On January 26, Zhang arrived in Vientiane on a China Express Airlines flight as part of a tourist group. He traveled with the group to Vang Vieng, a tourist destination four hours away from Vientiane. He returned to China on January 31, where he was found to be infected. In response, the Laotian authorities retraced his steps, tested people who had come into contact with him, and aggressively moved to prevent any further infections. Laos suspended the issuance of visas to Chinese nationals, and Lao Airlines reduced its flights to China (not only is China the main market for Lao Airlines, but the tourist trade in Laos is also almost entirely reliant upon China). There were no confirmed cases of COVID-19 in Laos until almost two months later, March 24.

On March 5, Laos’ Deputy Minister of Health Dr. Phouthone Muongpak held a press conference where he said that there had been 53 suspected cases of COVID-19 in the country, but each of the patients had tested negative. “We are confident in our surveillance system,” said Dr. Phouthone, the deputy head of Laos’ Taskforce Committee for COVID-19 Prevention and Control. Teams of epidemiologists traveled to places in Laos where there were reports of deaths that appeared to be from COVID-19; samples taken from the bodies were tested at three laboratories: the National Center for Laboratory and Epidemiology (which had WHO experts oversee the test), the Institut Pasteur du Laos and the Microbiology Laboratory at Mahosot Hospital. They all came back negative. Additionally, samples were also sent to the WHO laboratory in Australia and came back negative, said Dr. Rattanaxay Phetsouvanh, the director-general of Laos’ Department of Communicable Diseases Control.

The Vientiane Times credited the lack of cases in Laos to the rigorous scanning and testing done at ports of entry and the quarantines imposed on those who entered the country. Even those who showed no symptoms when they entered Laos were told to go into self-imposed quarantine for two weeks. Showing an abundance of caution, on March 9, the government declared that celebrations of Lao New Year (April 13-15) would be canceled.

In fact, there were no cases in Laos from January 30 until March 24, when the first two confirmed cases were reported: they were a 28-year-old male hotel worker from Vientiane who most likely contracted the virus during a work trip to Bangkok, Thailand, in early March, and a 36-year-old female tour guide from Vientiane who most likely contracted it from a tourist (as reported to me by a government official). Both patients were taken to the Mittaphab “150 Bed” Friendship Hospital in Vientiane, which was soon to be designated as a COVID-19 hospital.

Five days later, on March 29, the Lao government announced a full lockdown of the country. Any necessary activity would have to follow the strict WHO protocols of physical distance, mask wearing, and hand washing. The task force was enjoined to train medical professionals and the security services, develop plans to break the chain of infection (including testing, contact tracing, quarantine, and treatment), and use the public sector to procure necessary medical equipment (including protective gear and ventilators). The government agencies were told to “provide detail[ed] guidance” in an easy-to-understand format through the various government media and through a special website; only science-based information was to be transmitted to the public.

On July 8, Tricontinental: Institute for Social Research released a report called “CoronaShock and Socialism.” The text looks closely at the experience of four parts of the world with socialist governments—Cuba, Venezuela, Vietnam, and Kerala, India—and how these parts of the world were able to substantially break the chain of infection. The analysis showed that these countries were better able to deal with the virus because they took a science-based approach, they had a public sector that they could rely upon for the production of the materials they needed to combat the virus, and they cultivated public action. Laos very much followed these principles, as two officials at the Ministry of Health informed me via telephone in early July. In addition, Laos received essential materials (protective suits, masks) from both Vietnam and China (Chinese medical personnel also came to assist the Laotian medical service).

In June, Prime Minister Thongloun said that—for now—Laos appeared to have beaten back the virus. Dr. Howard Sobel, the WHO representative in Laos, concurred. The response of the government of Laos, Dr. Sobel said, “was exemplary. The government anticipated the arrival of this terrible disease and did all the right things to stop it spreading.” Doubts about the low number of cases and the lack of deaths were set aside by Ludovic Arnout of the International Federation of Red Cross and Red Crescent Societies. “It’s difficult to hide [coronavirus cases],” he said, “so I believe it.”

Laos has not fully recovered from the impact of the U.S. bombing of the country: 2.5 million tons of U.S. bombs dropped on Laos between 1964 and 1973, with the soil in many parts of the country polluted for generations. When U.S. President Barack Obama visited Laos in 2016, he regretted the “biggest bombing in history,” but he did not apologize for it. He promised $90 million over three years to remove an estimated 75 million unexploded bombs that continue to claim lives and damage agriculture decades after the “secret war” ended.

Nonetheless, the communist government in Laos has—with investment from China—persisted in a development pathway that has brought some gains for its population. Basic human indicators have improved, and for the past two decades unemployment has remained under 1 percent.

But the coronavirus recession will strike Laos very hard. In April, Anousone Khamsingsavath, director-general of the Department of Labor Skill Development at the Ministry of Labor and Social Welfare, said, “Poverty in Laos will be exacerbated because large numbers of people have been laid off from their jobs.” Her ministry “reported recently that the unemployment rate had surged from the average of 2 percent to 25 percent at present,” according to the Vientiane Times. The World Bank noted that while Laos has “so far avoided a health crisis,” it has not been “immune from the global economic downturn.” Growth rates, which had been estimated before the pandemic to be secure at 7 percent, will collapse to near zero as a consequence of the global coronavirus recession.

Most terrifyingly, this will mean that Laos, which had a relatively stable economy, will slip into debt and chaos. In May, Fitch Ratings downgraded Laos’ Long-Term Foreign-Currency Issuer Default Rating to B- and revised its overall outlook from “Stable” to “Negative.” This change in Laos’ economy is mostly due to the effects of the coronavirus on the global economy. Laos is slated to make a debt servicing payment of about $900 million in 2020, money that it simply cannot afford to pay (its foreign exchange reserves are a mere $1 billion).

“We defeated the virus crisis,” a government official told me. “Now we are going to be defeated by the debt crisis, which we did not create.” 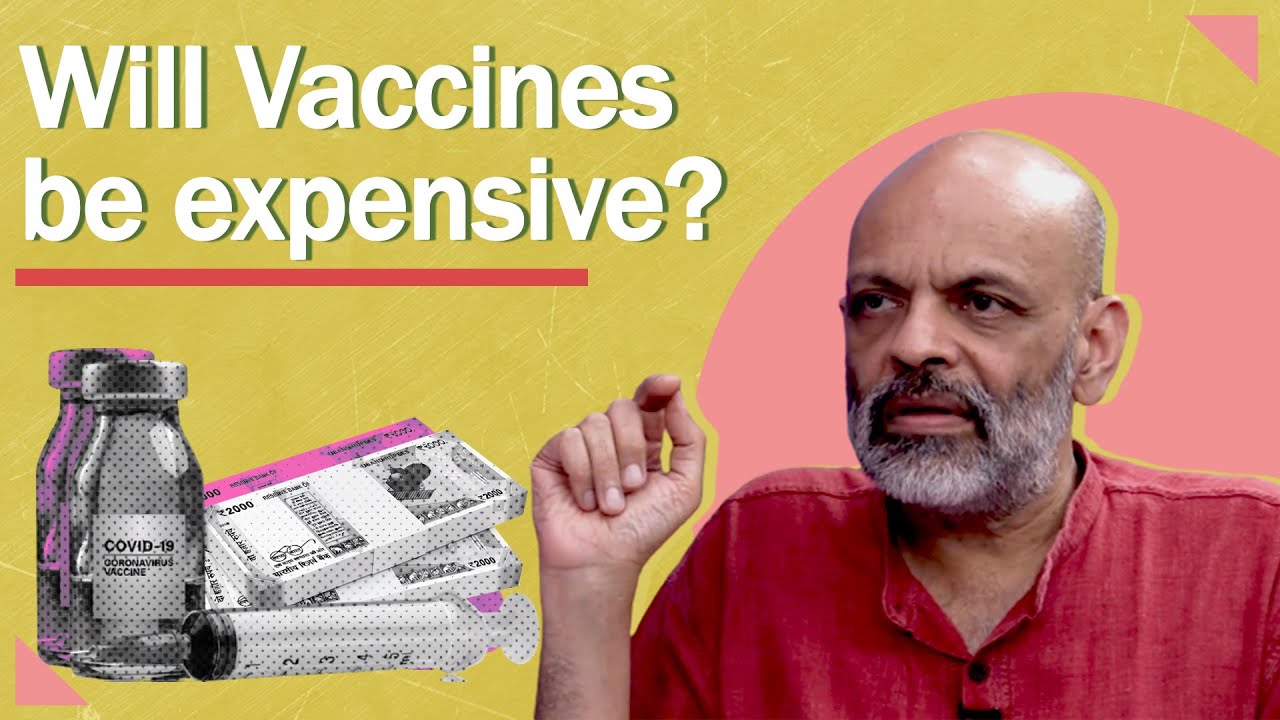 What do Covid-19 studies tell us? 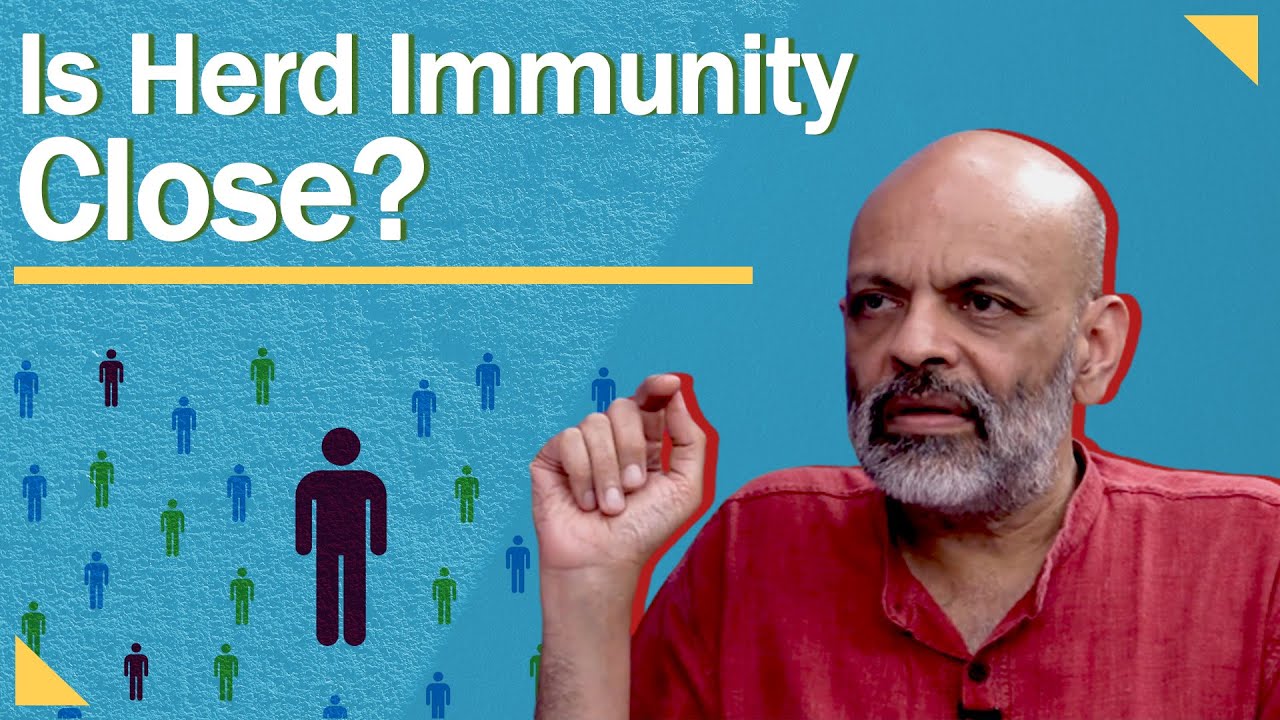 Are we close to herd immunity?