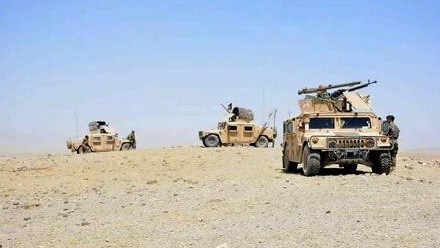 Amid repeated calls for a ceasefire ahead of the intra-Afghan peace talks, an airstrike by the country’s security forces on July 22, Wednesday, killed at least 45 people, including eight civilians and 37 Taliban fighters. As per officials in Adraskan district, the strike was carried out in eastern Herat district’s Kham Ziarat area.

Acting governor of Herat Jailani Farhad said that the airstrike targeted six key commanders of the Taliban, while the civilian casualties were caused by a landmine blast.

However, eyewitnesses gave a different version saying that the airstrike actually targeted a wedding party in the area and also injured around 20 civilians. Several residents claimed that the aircraft was seen targeting those persons who were fleeing from the wedding ceremony. Tolo news quoted some residents say that “children and women are among the dead and wounded.”

In another incident on Wednesday evening, at least 31 Taliban insurgents were reportedly declared dead in a gun battle with the Afghan forces in Nangarhar province’s Khogyani. The clashes took place after Taliban insurgents tried to attack a checkpoint in the area.

In the first half of 2020, a total of 1,213 civilians have lost their lives and 1,744 have been wounded in at least 880 incidents of violence, as per the Afghanistan Independent Human Rights Commission.

On July 22, Tolo news reported that 250 Afghan security forces have reportedly died in the span of three weeks. The newspaper also estimated that 300 others were wounded in 220 attacks carried out by the Taliban last month. As per the Afghan National Security Forces, 171 of its personnel were killed by the Taliban in a week.