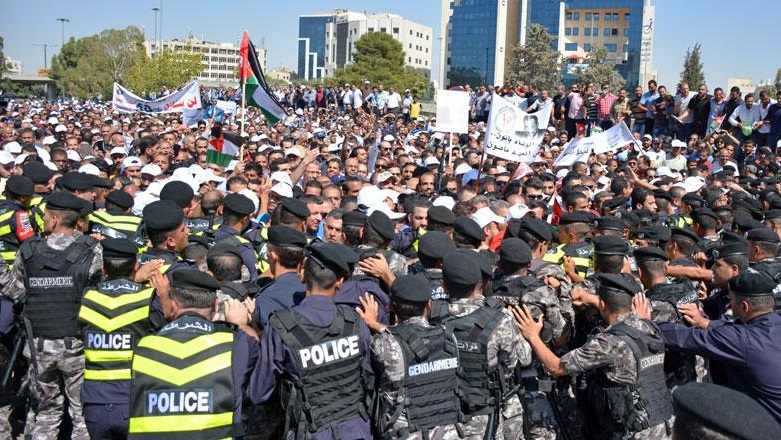 Teachers in Jordan have intensified their protests over the past week in response to the government’s decision to close down the country’s largest teachers’ union, the Jordanian Teachers’ Syndicate, and arrest several of its top leaders last month. Teachers gathered in cities such as Irbid, Karak, Jerash, Mafraq and Tafila to demand that the order be revoked. They also sought the implementation of longstanding demands such as an increase in wages and better terms and work conditions. The teachers held prime minister Omar Razzaz responsible for the developments and demanded his resignation. They also demanded the resignation of interior minister Salameh Hammad.

The government cracked down harshly on the demonstrators, with security forces using tear gas and metal batons to suppress and break up the protests. The protesters responded by throwing stones at the security forces. According to local media reports, seven people suffered injuries in the clashes that began after the security forces started using violent methods to subdue the protests. 48 others were arrested subsequently. None of the protests, as well as the security forces’ response, were broadcasted or reported on by local media due to a media ban ordered by the Attorney General. The order prohibits media organizations from reporting on developments related to the ban on the union.

The union was banned for two years on July 25 following an order by the attorney general. 13 members of the union’s ruling council were among those arrested. Security forces also raided several of the union’s offices across the country. Its leaders were charged with various crimes such as incitement, corruption and financial violations, as well as other unspecified criminal charges. The union’s members have completely rejected and dismissed these charges. They have pointed out that the government is trying to frame the union to deflect attention from the demands that the union has been fighting for.

The teachers’ union, which has over 140,000 members, had organized a month-long strike in September 2019. They were demanding a 50% salary increase and better working terms owing to the worsening economic situation and rising costs of living in the country. The strike ended in October after the government reached an agreement with the union to implement a 35-75% increase in teachers’ salaries in 2019 and a 50% rise in 2020.

However, in April this year, the government said it would not honor the agreement, citing lack of funds and economic difficulties due to the COVID-19 pandemic and the lockdown. When the teachers refused the government’s contention, the government decided to preemptively crack down on the union by banning it. The government has been justifying the crackdown citing lockdown-related measures. Government sources have also been claiming that the union is a front for the banned Muslim Brotherhood.

Tsunami causes ‘unprecedented disaster’ in Tonga, oil spill in Peru and other stories
Jordanian security forces crack down on demonstrations on anniversary of 2011 protests 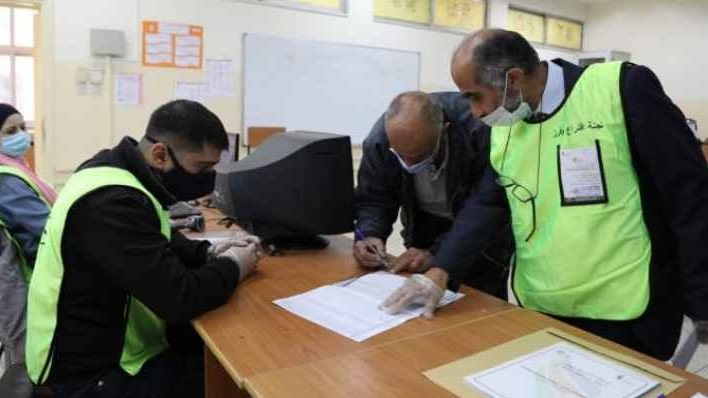