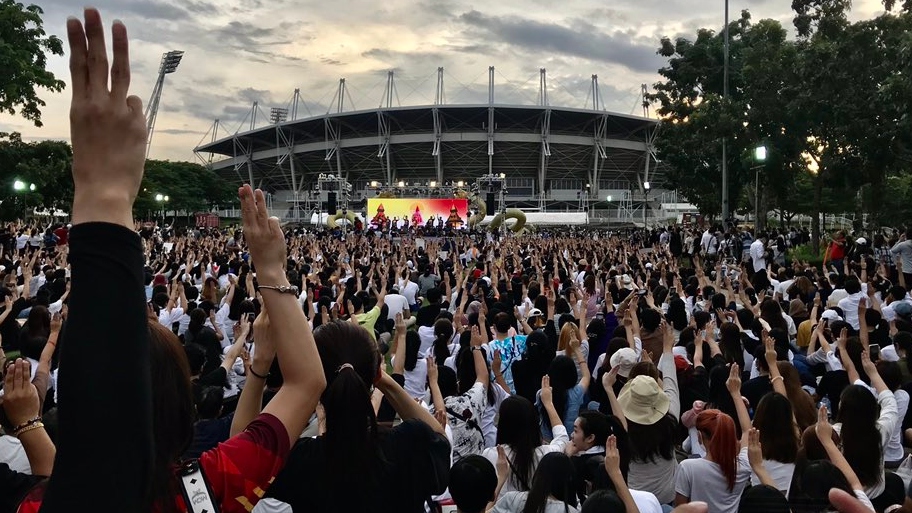 An estimated 4,000 students in Thailand hit the streets near the capital city, Bangkok, on August 11, Tuesday. The demonstration was held at the Thammasat University and is part of a series of protests by students in and around Bangkok. Students have been demanding an end to the junta-installed government of prime minister Prayut Chan-o-cha and reforms to the powers of the monarchy. The demonstration was the largest to be held by students in recent times.

Students chanted “Long Live Democracy!” and raised the three-fingered salute, inspired by the fantasy franchise, ‘Hunger Games’. In speeches delivered by students at the demonstration, several asked for the prime minister’s resignation and condemned the junta’s take over of the civilian government and manipulation of the system.

Some students also touched on the issue of reforming the monarchy. The Thai constitution has strict lèse majesté laws that criminalizes criticisms of the monarchy with imprisonment, with long pretrial detentions and denial of bail. Ultra-nationalists and pro-junta groups have often used the law to persecute pro-democracy advocates, trade unionists and social activists.

A similar demonstration was also held on Monday, August 10, at Thammasat when students released a charter of demands calling for wide-ranging reforms of the powers and privileges the monarchy enjoys. The demonstrations at Thammasat came after a large protest on Saturday, August 8, when thousands gathered at the Pathumwan Skywalk in Bangkok to protest the arrest of student leaders under charges of lèse majesté.

Students were joined by pro-democracy advocates and human rights activists. The protestors also raised the issue of attacks on labor rights and trade unions and called upon the government to address growing gender discrimination in the country.

Thailand has been under a pro-junta government ever since the 2014 coup that overthrew the Yingluck Shinawatra government. After the coup, the nation’s constitution was replaced with a new one that entrenched the control of the military over the civilian government. Ever since, the government has dissolved a major opposition party and arrested several journalists and social movement leaders.